Coronado High School athletes and fans are eagerly awaiting the July 20 announcement from the California Interscholastic Foundation (CIF) regarding the fall 2020 sports season. On June 12, CIF released guidelines for students to return to training that included enhanced facilities cleaning, limiting contact, and a recommendation for coaches and students to wear cloth masks. Plastic face shields are not allowed due to the risk of unintended injury. 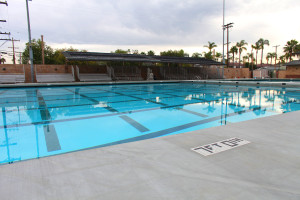 Water polo has an outstanding tradition at Coronado High School and was the first high school team to begin summer training with coach Laszlo Gyori. Fall is the boys competitive season, but the girls team has additionally been practicing. Junior water polo player, Cate Carlson, shared, “Training is extremely important to stay in shape which is something we need to do, or we would be lost during games.” Summer training includes two-hour early morning practices four days a week in the BBMAC pool as well as land training for three hours on three afternoons a week. Afternoon sessions end with 30 minutes of running on the beach. COVID guidelines have definitely impacted the type and location of training. According to Paula Martinez, coaches are “really strict on wearing masks when on the property and we are not allowed to group up before practice. We also swim in two separate lanes across the pool from each other.” The CHS boys water polo teams will be ready for the fall season competing in the Open Division against rivals The Bishop’s School and La Jolla High School.

CHS girls volleyball has also started training in anticipation of a fall season. Under the leadership of head coach, Adeile Ahmu, girls volleyball competes in CIF Division III which includes local schools High Tech High School and Serra High School. The 2019 girls volleyball varsity team had a winning record with a young team of eight sophomores. Girls volleyball has begun optional training with local trainer, Nick Samarco, three mornings a week. In order to maintain social distancing requirements, workouts take place outside at a local Coronado park. “Working out at a park and using different equipment makes me feel safer because I know that even though I am physically with my team, I am not sharing the equipment. Also, being at a park allows us to have more space between us like the six foot rule to keep us safe. I also enjoy working out again and especially being able to do it with my team,” said junior Sarah Acuff. Girls volleyball players are getting in shape in anticipation of team tryouts starting August 3 and competitive matches starting mid-August.

Fall is traditionally associated with football and in preparation, the CHS football team is starting pre-season workouts this week with head coach, Kurt Hines. Coronado football competes in CIF Division IV which includes Patrick Henry High School (coached by Coronado local, J.T. O’Sullivan) and Mar Vista High School in Imperial Beach. Football workouts are scheduled three mornings a week at the CHS and CMS fields. CHS coaches are strictly following the CIF guidelines by training in groups of 12 or less and focusing on mobility, strength, and speed rather than working with balls. Football is also enforcing safety guidelines including no access to restrooms, no personal footballs, and no hanging out in large groups. Sophomore Elias Valdivia shared, “I do not mind the strict rules concerning players being close together as it makes sure that we are all safe. As we are starting practices, all I can do is hope our season happens.”

While there are several weeks until the August 27 scheduled start of the academic school year, CHS fall sports teams are optimistically training so they will be ready in the event CIF announces the fall sports season can proceed. 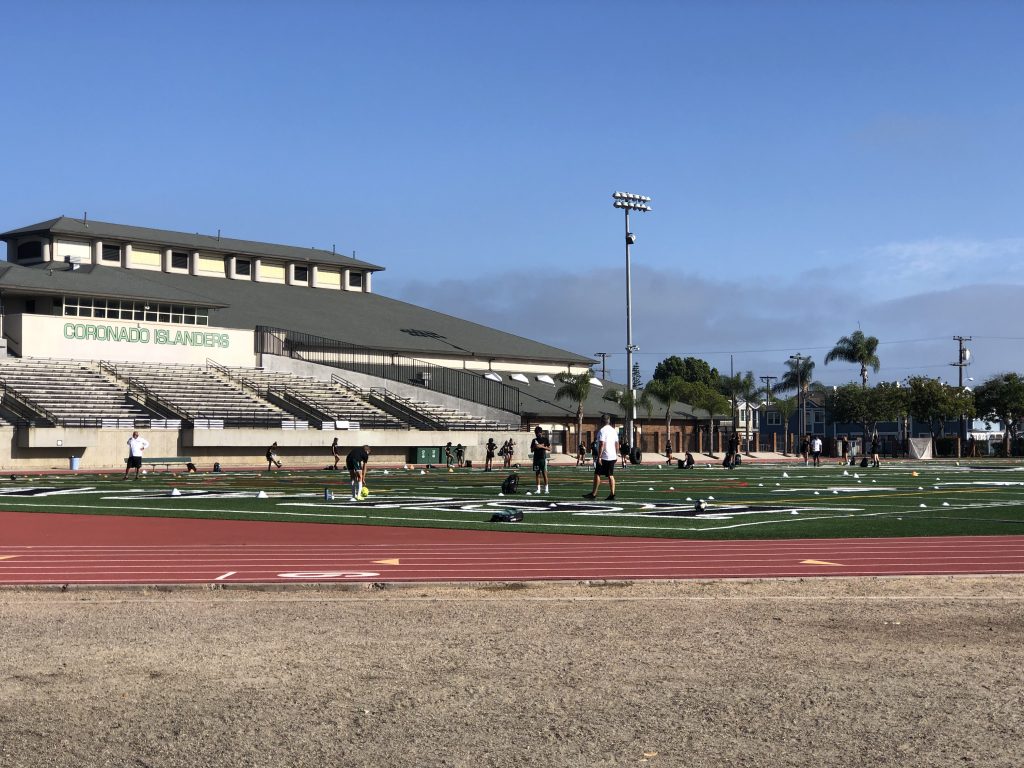 At this point, I’ve almost run out of ways to describe the 2021 Islanders boys' basketball team. The high flying Islanders yet again took...
Read more
Sports

A San Diego CIF Championship was a massive feat for this historic Coronado boys' basketball team. But it appears that these trail-blazing Islanders aren’t...
Read more
Sports

As the Coronado High School (CHS) Class of 2021 approaches graduation, seniors are looking ahead to a variety of paths including full time work,...
Read more
Sports

Cross Country was one of the first high school sports to return to competition with a one month season that ran February 13, 2021...
Read more
Education

Vaccinations and the Return to In-Person School

In a May 24 email, the Coronado Unified School District (CUSD) notified parents that CUSD is, “committed to having a return to pre-pandemic, in-person...
Read more
Advertisement
Sponsored Partner Links