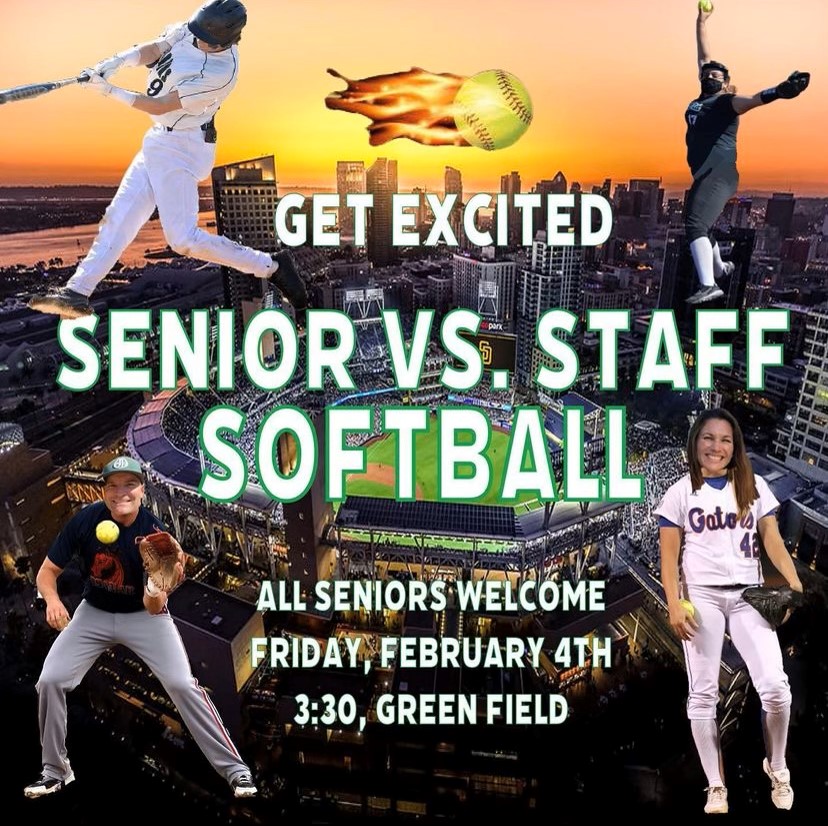 The Coronado High School (CHS) class of 2022 seniors enjoyed a friendly softball game against the CHS Staff on Friday, February 4, 2022 with the seniors earning the win and associated bragging rights.

All CHS seniors and staff were invited to participate in the event organized by the Associated Student Body (ASB) as part of a series of celebrations for the senior class.

13 CHS baseball and softball players dominated for the seniors while the CHS staff were represented by 13 team members. 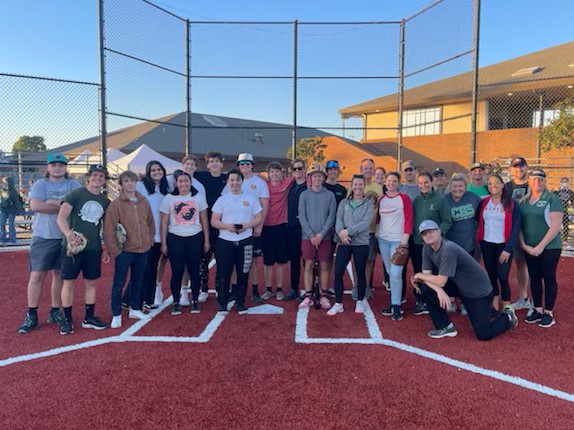 CHS seniors were encouraged to participate with the coveted prize of immunity in the Senior Assassin game as a reward for every home run. Seniors Hudson Bartell and Ryan Ward (CHS Baseball player and University of Arkansas Baseball commit) each hit one home run in the game, but they were not able to claim the immunity prize as they were already out of the Senior Assassins game. Two CHS teachers hit a home run: English teacher Mr. Stoever and band teacher Mr. Heinecke.

The CHS staff team started off strong, leading for the first three innings. However, the tide turned later in the game as the seniors got fired up to win. After an eventful seven innings, the seniors won the game with a clearly dominant score of 19 to 10.

ASB sponsored the softball game to bring together the senior class and staff as a bonding experience leading up to graduation. Senior class president and second baseman Carter Cohen commented, “Overall, it was such a fun event. Everyone got to cut loose and hit some softballs while hanging with their friends and beating the staff.”

While the seniors vs. staff game was all about fun, the CHS Islanders baseball and softball teams are training in preparation for their competitive CIF spring seasons. The first regular game for the division III CHS softball team is scheduled at the Village Elementary Green Field on Thursday, March 17. The first home game for the division II CHS baseball team is scheduled for Friday, February 25 with a celebration of the newly renovated Chaconas Field. Come support the Islanders!