Coronado local Chelsea Fabiszak enjoyed her 30th birthday Sunday, March 20th, with a party to raise awareness for her namesake nonprofit, Chelsea’s Voice. The City of Coronado permitted the closure of one block of I Avenue so over 100 friends and family from around San Diego could celebrate Chelsea with a live country music band, food tables, and plenty of good cheer.

As a friendly and affectionate young child, Chelsea developed a love for country music with her favorite artists Faith Hill, Shania Twain, and the Dixie Chicks. At age 8, Chelsea began experiencing seizures, up to 90 in one day, and within six months she lost the ability to walk, talk, eat, and use her hands. Months of extensive medical tests led to Chelsea’s diagnosis of late-onset Rett syndrome: a rare genetic mutation affecting brain development in girls. Chelsea was initially given less than one year to live, making her 30th birthday celebration all the more special.

Chelsea’s mother, Veleria Fabiszak, started the nonprofit Chelsea’s Voice in 2019 to raise awareness and help improve the quality of life for those with disabilities or life threatening illnesses and the family members who care for them. After a two-year pause due to Covid-19, Chelsea’s Voice was eager to return to hosting events and Chelsea’s 30th birthday party was an extra special one.

“I am overwhelmed! We were having our second event when we got shut down. This event is our kickoff to get back into Boots and Bowties. Since many of us haven’t been able to really know one another, we were like let’s invite the whole block and other families,” mentioned Veleria Fabiszak. 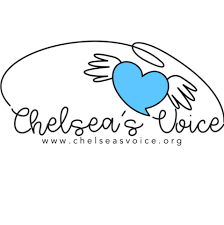 As the world slowly returns to a post-pandemic normal, Chelsea’s Voice is excited to get back to fundraising, planning events, and supporting their mission. Currently, the group is focused on transforming Coronado playgrounds, including Spreckels Park, to become universally accessible for children of all abilities. More information on Chelsea’s Voice, including an application for assistance, can be found on their website here.