Jadyn Brandt was born and raised in the San Francisco Bay Area and moved to San Diego in 2018 to attend San Diego State University. Not only has she worked as a reporter and news editor for The Daily Aztec, SDSU’s student-run newspaper, but she is currently the VP of Writing and Copy for The Look Magazine, her university’s first arts and culture magazine. Although she started off pursuing a business degree, she quickly set her sights on journalism after publishing her very first story about a campus-wide march on climate action. Jadyn operates on the premise that everyone has a story.

“One of the most important things I’ve learned is how to listen to and appreciate all perspectives and opinions,” said Jadyn. “It’s easy to let your own bias affect what stories you cover or how you cover them, but once you learn to approach things with an open mind, you can really learn so much about the world around you.”

Jadyn ultimately wants to work in combat journalism where she hopes to amplify the voices of people from other cultures.

“I think we often look at war from an American point of view, and there are so many important stories to be told from the people who have to live in these countries every day,” said Jadyn.

Lily Yates started writing stories as soon as she could form her letters. But when she found Microsoft Word, it was all over: she published her first story when she was 13 and began writing for a newspaper by the time she was 15.

“I think a good writer and reporter constantly operates from a place of empathy towards both the subject and the audience,” says Yates. “The ability to fully consider the perspectives of each in the process of creation is what makes the stuff of journalism magic.”

Originally from Omaha, Nebraska, Lily is a fourth-year Communications Studies major and music minor at the University of San Diego. She might be new to The Coronado Times, but she’s already familiar with the Coronado Library—in fact she works there as a library assistant. (Fortunately for her, she says the library is one of her favorite places on the island.) When she’s not working or writing, you can find her playing piano, singing, grabbing a sandwich from Avenue Liquor or taking in the mesmerizing views at the Coronado Ferry Landing.

“Coronado has a kind of magic to it in that it’s a space of joy for so many people—both those who have lived here and those who are visiting and discovering it for the first time,” said Lily. “I feel like that energy is palpable as you walk around here.” 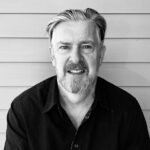 Jonathan Withers, the Director of Sales and Business Development, is originally from the United Kingdom. Although he misses signature UK sarcasm and premiership rugby, San Diego has been his home for the last 30 years.

Jonathan has worked in the media and advertising world for most of his professional career, working with brands like Toyota, Reebok, Nike and Under Armour. Now, he’s happy to bring his experience to The Coronado Times where he can work with community-based businesses.

“I’m excited to work for a platform that connects businesses to their local community,” said Jonathan. “Community is key especially during these current times and connecting businesses to our audience is a worthwhile mission.”

When he’s not working, you can find Jonathan surfing or visiting local spots like Tartine, Nado Republic, Garage Buona Forchetta or Little Club.

Related:  View the entire staff of The Coronado Times

From Casablanca to Coronado (video)