A sample of the books currently assigned across 11 English classes at Coronado High School found that approximately 18% of assigned books represent authors of color while an additional 5% of assigned books address issues of race. Most CHS graduates will read around 18 books before graduating and on average, these books will include four books with a diverse perspective. 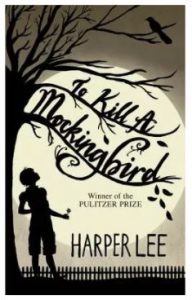 One of most widely-read CHS books to address race is To Kill A Mockingbird by Harper Lee. Published in 1960, Harper Lee (a white woman) writes a story about race relations set in Alabama in the 1930s. To Kill A Mockingbird is considered a classic of modern American literature and won the Pulitzer Prize for literature. The plot focuses on the white lawyer, Atticus Finch, defending the wrongly accused black man, Tom Robinson, in a town filled with discrimination and injustice. Using the language of the 1930s, the novel’s characters use more than 46 racial slurs that are not socially acceptable today. As a result, class discussions can be challenging as many teachers and students are uncomfortable using these terms even when quoting the book. To Kill A Mockingbird is included in the California Department of Education’s recommended list for high school books primarily “to initiate discussions about racial injustice.” However, in recent years, many school districts across the United States have removed To Kill A Mockingbird from their school curriculum in favor of alternate books that avoid the use of racist slurs and stereotypes. 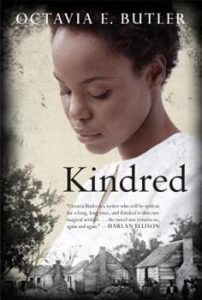 Several of the 10th grade English classes are assigned to read Kindred by Octavia Butler. Published in 1979, the book uses time travel between the 1970s and pre-civil war Maryland to explore the impact of slavery. This book provides a diverse perspective as the author is black and the main characters share their experiences as African Americans. While the cruelty of slavery is central to the story that takes place in the 1800s, the characters in the 1970s also experience blatant racism. A book review in the Los Angeles Times called it “One of the most original, thought-provoking works examining race and identity.” Some CHS classes included this book in their curriculum prior to this year, while other teachers have added this book starting with the 2020-2021 school year. While Kindred is not on the California list of recommended literature for English, the novel is recommended for history and social science courses. 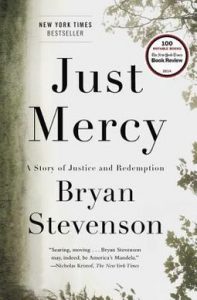 In the 11th grade, several CHS English classes are reading the 2014 nonfiction book, Just Mercy, by Bryan Stevenson. Stevenson, a black, Harvard educated lawyer, is the founder of the Equal Justice Initiative and this biography details his work fighting racial bias in Alabama courts. Time magazine selected Just Mercy as one of the “10 Best Books of Nonfiction” for 2014, and The New York Times placed it on the “100 Notable Books” for the year. Just Mercy is not on the California list of recommended literature for high school English classes, but the book is included in a PBS list of “10 books besides ‘To Kill a Mockingbird’ that tackle racial injustice” for high school. 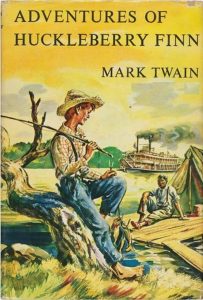 Other 11th grade CHS English classes read Mark Twain’s 1884 novel, The Adventures of Huckleberry Finn. This fictional story set in mid 1800s Missouri is about the friendship between white teen outcast, Huck, and his runaway slave friend, Jim. The book is considered a “Great American Novel” exploring the theme of race and identity but has become increasingly controversial for the negative portrayal of Jim and frequent use of racial slurs (over 200 times). The book has been removed from several schools across the United States and is on the American Library Association’s list of most frequently banned books. The Adventures of Huckleberry Finn is included on the California list of recommended literature for high school but with the comment, “Dialogue reflects local dialect of the times.” 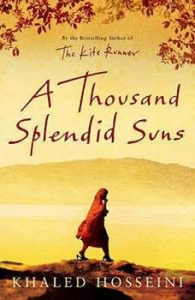 In their senior year at CHS, some English 12 classes read A Thousand Splendid Suns by Afghan-American, Khaled Hosseini. The novel, published in 2007, focuses on a mother-daughter relationship that experiences abuse and racism in Afghanistan. Both the author and the story bring diversity to the English curriculum. A Thousand Splendid Suns is included in the California list of recommended literature for high school English and is recognized for introducing “the political and cultural implications of the Taliban rule that was in place shortly before the U.S. invasion of Afghanistan.”

Another 12th grade English class, AP English Literature and Composition, reads the 1958 novel, Things Fall Apart, by Nigerian author, Chinua Achebe. The book is considered a classic throughout Africa as the novel tells the story of a Nigerian man, Okonkwo, in the 1890s both before and after the arrival of European colonialists. The novel deals with issues of family, religion, gender and culture promoting thoughtful discussions in the classroom. T 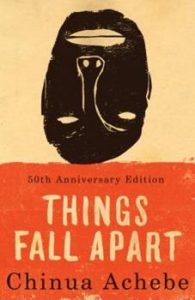 hings Fall Apart is on the California list of recommended reading for history and social science courses. In addition, the AP English Literature and Composition class allows students to choose one book from a list of five books that includes diverse works such as In The Time of Butterflies by American-Dominican Julia Alvarez; Their Eyes Were Watching God by African-American Zora Neale Hurston; and Americanah by Nigerian Chimamanda Ngozi Aditchie. Students who are seeking to read more diverse perspectives have these choices made available to them.

Notably absent from the CHS English curriculum are works by award-winning authors of color such as Alice Walker, Toni Morrison, Amy Tan, and Ralph Ellison that are commonly featured on high school reading lists and are included on the California recommended literature list. Teachers looking to include more books with diverse perspectives can select from more than 70 books identified by the California Department of Education as addressing diversity.

The books selected for English classes at Coronado High School provide a valuable opportunity to bring diverse perspectives to Coronado students. While the CHS curriculum includes several books about issues of race and by authors of color, there is room for improvement. The Equity Action Plan may guide the curriculum to further promote equity and inclusion.

Editor’s Note: This article has been edited to reflect that the book Just Mercy is a non-fiction book and not a novel.

It is with great pleasure and enthusiasm that I announce the selection of Ms. Karin Mellina as the next principal of Coronado High School!After...
Read more
Education

While the Annual Coronado Junior Woman’s Club Awards Luncheon did not take place due to Covid-19, the club would like to recognize the 2021...
Read more

Local community organization InclusioNado has spent the past year working to build awareness, acceptance, and action towards greater inclusion in Coronado schools. After the...
Read more
Advertisement
Sponsored Partner Links