After weeks of unrest and protest across the nation following the brutal murder of George Floyd, the Coronado community added their voice to the call for racial justice.

Drawing on the momentum from the petition, local resident Anne Edwardson planned a march on Saturday June 13 for the community to voice their concerns to the Coronado School district. Ms. Edwardson, the mother of two black children at Coronado Village Elementary, has repeatedly asked Coronado Schools to address racism within the school district. Additional community members representing teachers, family members, and friends joined Ms. Edwardson in planning the march.

Saturday’s event drew over 200 people representing a broad spectrum of the Coronado community. The peaceful gathering began with several speakers sharing their experiences with racism at the hands of friends, students, administrators, teachers, and police. Current CHS student Sophia Marine said, “The speakers were very inspiring. It was such a big eye opener. I did not know that much racism was happening behind closed doors, especially in the school.” Another CHS student, Catherine Mcanally, shared that while she was aware that racism existed within our school district, “I never fully understood the extent – I was able to learn more through the students’ stories.” 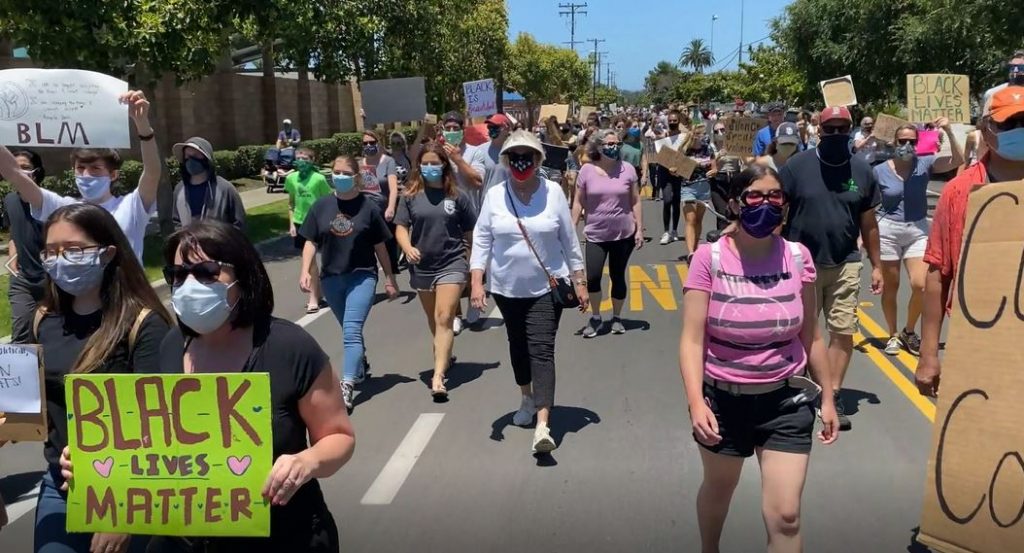 After hearing from multiple speakers, the protesters began chanting in unison while marching from Spreckels Park, along Sixth Street past the high school, middle school, and elementary school, before returning to Spreckels Park. CHS student Grace Hardy participated in the march and shared her view that, “The march was good. It was received well by people watching. Of course there were a few people against it, but we knew that we were fighting for good.” Coronado Police were stationed along the path so protesters could safely cross Orange Avenue with minimal disruption. Some cars were delayed due to the protesters crossing, but many cars waved or honked their support. CHS student Paula Martinez shared her view that, “The march meant the start of a new revolution.” 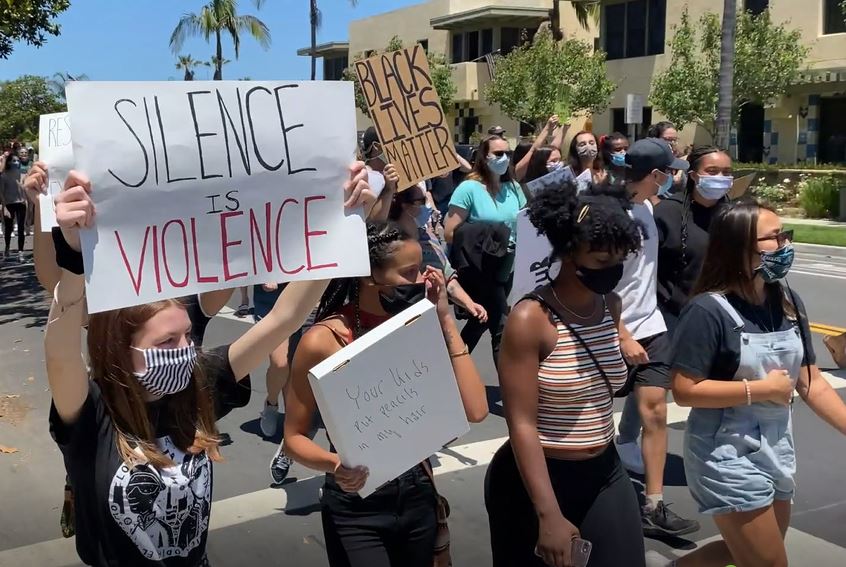 While the march raised awareness about racism in the Coronado schools, the ultimate objective was to prompt the Coronado School District to implement a program addressing systemic racism. CHS alumni, Ruthie Grant-Williams, reiterated, “There needs to be a change clearly, and it needs to start in the schools.” Current CHS student Phina Bustos agreed adding that, “The schools need to do their part in providing a better education for everyone and better sources for teachers and administrators too. I think this change should come from the top down.”

March organizer Anne Edwardson encouraged participants to further their efforts by sharing their concerns at the upcoming school board meeting on Thursday June 18. CHS Student Marina Luna said, “I hoped the march would put more pressure on our schools to change. I hope the Board would realize that I wanted to learn about the black community and their history so that I did not have to learn when something so terrible happened.”

There is a regularly scheduled CUSD School Board meeting on Thursday, June 18 at 4 pm at the District Office Board Room at 201 Sixth Street.

Chloe Berk
Chloe has called Coronado home since she could walk or talk and considers herself a true Islander. She is currently a student at Coronado High School and a writer for the Islander Times. After studying and writing articles, she enjoys volleyball, the beach, and her newly-adopted dogs from PAWS. Have news to share? Send tips, story ideas or letters to the editor to: manager@coronadotimes.com