Quarantined in Coronado: Teens and TV – What are They Watching?

Coronado schools are back in session during the coronavirus stay at home order with Distance Learning, so students are once again spending their days on schoolwork. However, sports and after-school activities are still cancelled meaning students have some free time at the end of each day. Many Coronado High School (CHS) students are choosing to spend this time watching TV. Most Coronado homes have multiple options for TV these days including network stations, HBO, Disney+, Hulu, and Amazon Prime; but Netflix streaming is the undisputed top choice of CHS students.

The CHS class of 2022 participated in an Instagram poll sharing which shows they have been watching. Survey results show the top choice show as Tiger King: Murder, Mayhem, and Madness. Tiger King is a Netflix original seven-part documentary exploring the bizarre underworld of big cat breeding; Tiger King is also the #1 most watched show on Netflix and has been for the past two weeks. CHS student Sadie Chapman shared, “ I kind of found it weirdly intriguing. Each episode, I was drawn further into the strange world of Joe Exotic.” Tiger King has generated such widespread interest that it led to the Florida police reopening a 1997 missing person’s case featured in the show. 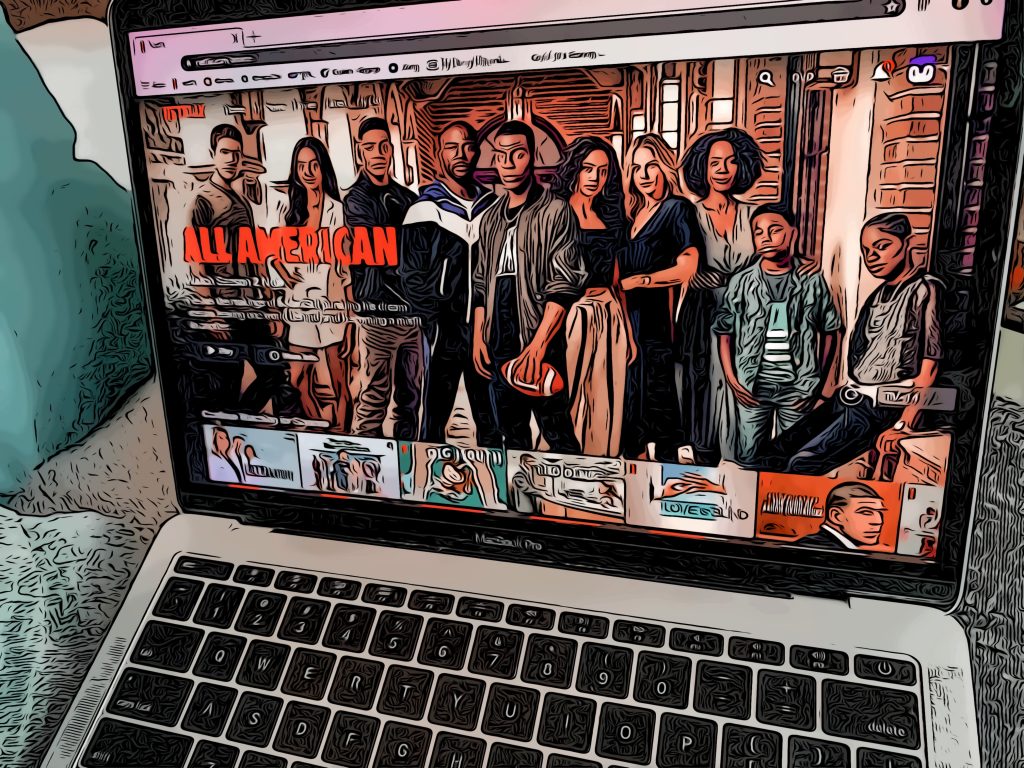 The second most popular show was All American, a 2018 drama about a high school football player moving to Beverly Hills to pursue his football career. CHS Sophomore Cate Carlson shared, “I voted for All American because the show is an inspiring story with an interesting plot. I wanted to watch this show because of my personal connection with football. Last fall, I was the manager on the boy’s football team and love the sport.” All American originally aired on the CW network but is now streaming on Netflix and is currently ranked #5 for all Netflix shows.

Another popular TV show for CHS students was Vampire Diaries. While Vampire Diaries didn’t appear on the top shows for Netflix, the story about an innocent teenage girl and her vampire friends appealed to the CHS crowd. The eight seasons of Vampire Diaries originally aired on the CW network starting in 2009 and has consistently been a favorite for teenagers.

Rounding out the top four shows in the survey was Criminal Minds, also available on Netflix. This series revolves around an elite team of FBI profilers tracking down twisted criminals. This show is notorious for graphic violence including plenty of blood and dead bodies. Watching all fifteen seasons and 324 episodes of Criminal Minds would be a big time commitment.

For many CHS teens, watching TV is a pleasurable escape from their current stay-at-home lives. In other times students might feel guilty for watching so much TV, but for the spring of 2020, TV has become a way to stay connected to the outside world and provides a shared experience with CHS friends.

What does it take to get accepted to Princeton, graduate a tennis star with a 4.65 GPA, and earn the title of Salutatorian? Just...
Read more

Quarantined in Coronado: How Does a Teenager Shelter in Place?

As a sophomore at Coronado High School I love spending time with friends, playing volleyball, going to the beach, and hanging out with my...
Read more
People

Driving over the San Diego-Coronado Bridge, drivers often admire the green landscape as they approach Coronado. Since it has a mild climate, Coronado provides...
Read more
Community News

Smartphones are now an essential part of our lives. More than 2 billion people own a smartphone and on average, people check their phones...
Read more
Education

The world recently commemorated the 75th anniversary of the liberation of the Auschwitz concentration camp. Unfortunately, 41% of adults and 66% of American millennials...
Read more
Advertisement
Advertise Here (Get Rates)

Clayton’s is Back and Ready to Expand