Unknown subject entered the victim’s unlocked parked vehicle in front of his residence and stole several items from inside the vehicle. The approximate value of the items stolen is $1003.

Unknown subject took items from inside the victim’s locked vehicle. The estimated value of the items stolen is $845.

Unknown suspect entered the victim’s unsecured vehicle and took a backpack containing an iPad, a camera, and prescribed medications. There were no signs of forced entry into the vehicle. The total monetary loss was $1440.

Subject intentionally and unlawfully forced his way into the victims’ hotel room at the Hotel Del Coronado. Subject closed the door behind him as he entered, locked it, and refused to allow the victims to leave. Subject occupied the room for approximately five minutes before he was finaly forced out by the victims.

Unknown suspect stole several items from the victims’ residence, including jewelry and needlepoint artwork. The total monetary loss is $3,295.50.

Unknown suspect vandalized lifeguard tower 5C with graffiti and fled in an unknown direction. Total damage is under $20.

Unknown suspect attempted to open a credit card using the victim’s personal information. The victim was notified of the attempt by the bank.

11/3/19: Driving Under the Influence of Alcohol – Misdemeanor near 400 block of A Avenue 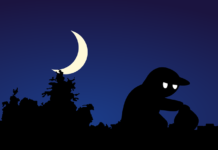