When I found out Reno was the second half of our trip I was a little hesitant, as I only remembered a worn down Reno from decades past but I was assured I would not be disappointed. That promise was delivered on. 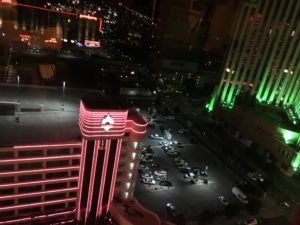 The hotel group consisting of El Dorado, CircusCircus and Silver Legacy has undergone renovations and branding, and is now known collectively as The Row. All of the hotels are accessible from indoors, from one end to the other. We stayed in a beautifully appointed two-queen bedroom with a spectacular view. The location was within easy walking distance to all of the activities we enjoyed over our two night, two and a half day stay. It was nice not to need to drive. Once we handed the keys over to the valet (which is always complimentary), the car stayed put until we headed out on Friday.

After settling into our hotel, we met up with new friends at Liberty Food and Wine Exchange for a happy hour dinner. I was pleased to find gluten-free options from their menu of hand-crafted dishes highlighting organic flavors from Northern Nevada farmers and ranchers. LFWE is the home to renowned Chef Mark Estee whose goal is to make certain guests are beyond satisfied. Our meal was delicious from start to finish. 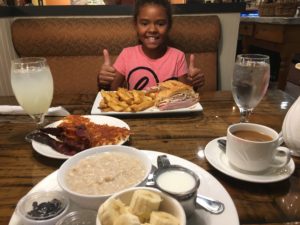 We spent our first-night having fun at the CircusCircus Midway Carnival. Smoke-free and family friendly, my daughter and I had a blast playing games and winning prizes. We returned more than once and I am not sure how we found space in our suitcases for our bounty, but there was no leaving it behind. In addition to fun, we also had a couple of good meals here. The El Dorado Showroom was also host to the acclaimed Cirque Paris Show. A fantastic night of entertainment by talented artists. 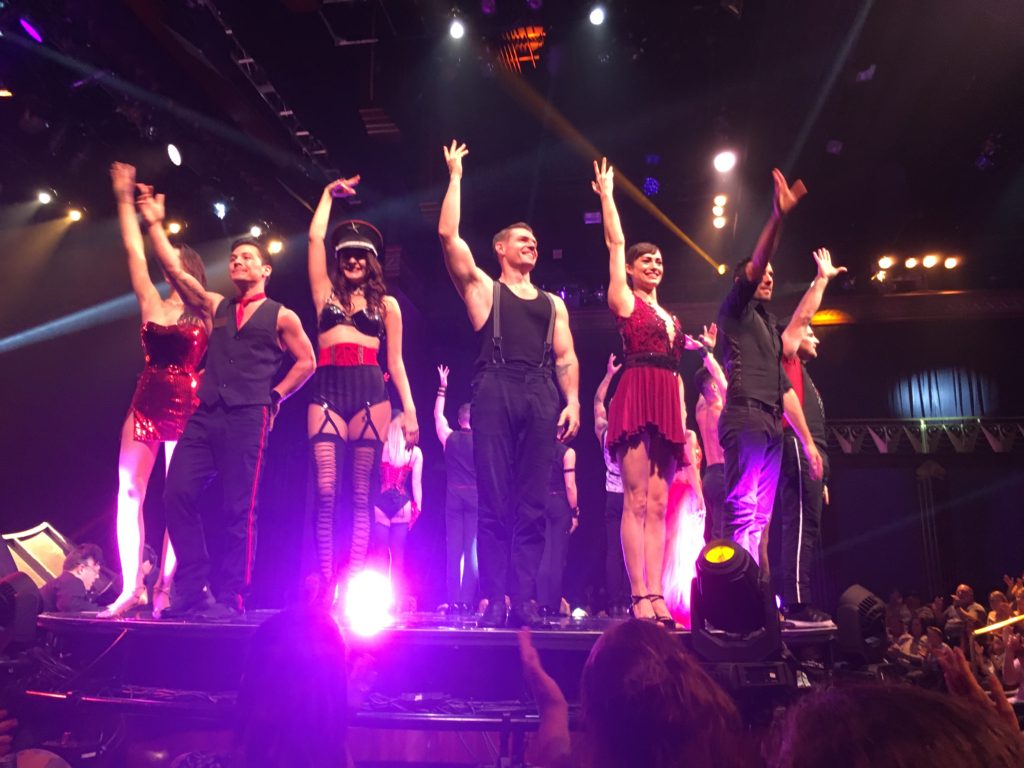 We quickly realized that Reno is a food lovers haven. Over the next two days, we enjoyed breakfast, lunch, and dinner at a variety of locally owned and operated eateries. The food scene reminded me of Portland, Oregon, only better. Each eatery offered not only great food but really cool and unique vibes. Not once did I feel like I was at “just another” restaurant. Our favorite breakfast was in the midtown district, which is an area in the regentrification process, at Two Chicks. The neighborhood is hip and trendy with fun boutiques within walking distance from the hotel areas. 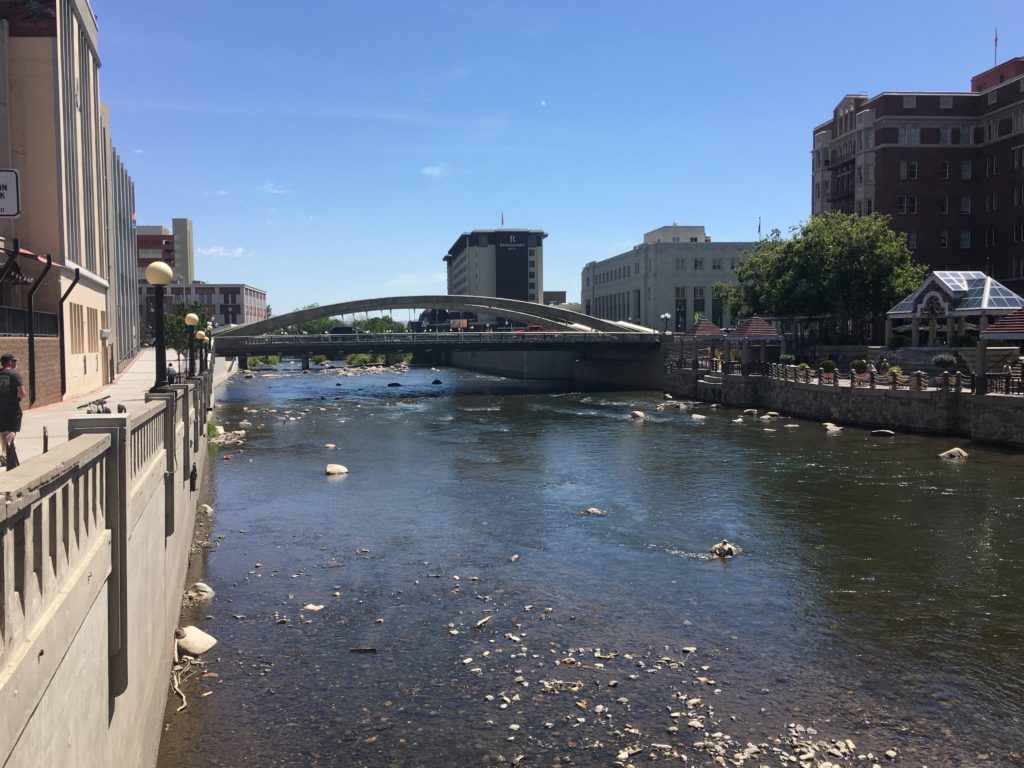 Just like Coronado, they have music and bands in the park and also the River Walk. River Walk is a district along the Truckee River which ranks #10 nationally for riverwalks, with eight different parks and public plazas including outdoor sculpture art throughout the city. We enjoyed an evening of world music with one of the local bands. We also had a great lunch at Wild River Grille in this area.

Families with kids of all ages, including my daughter, loved exploring at the Discovery Museum, 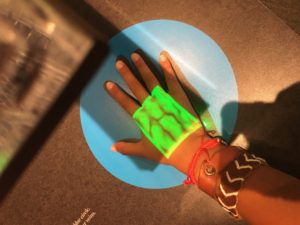 67,000 square feet of interactive exhibits focusing on science and technology. Hands-on fun and learning for all ages. We were absolutely wowed and did not expect the surprise of the Nevada Museum of Art 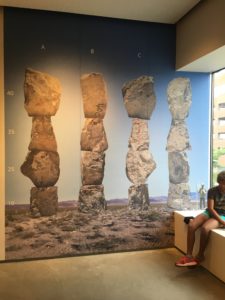 filled with art that is world class. We were lucky enough to have a private tour with Amanda Horn, Director of Communications. She also shared with us that from September 29, 2018 – January 27, 2019, the museum will pay (a long overdue) homage to Bay Area bohemian legend Anne Brigman, a pioneering female photographer working in the early 20th century. Seventy years before the term “feminist art” existed, Brigman used her camera to redefine her place as a woman in society. Depicting herself, family, and friends in the Sierra Nevada was a radical act in the 1900s. Not only were the outdoors considered the “domain of men,” but it was also daring for a woman to photograph both male and female nude figures at the time. The museum will feature Anne Brigman’s work in the first major retrospective of her photography. Anne Brigman: A Visionary in Modern Photography brings together more than 250 works spanning the entirety of her career. This would be a worth a trip to Reno all by itself.

And as if all of this culture were not enough for us, we also took a shot at climbing the world’s tallest outdoor climbing wall at Basecamp 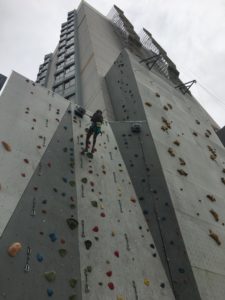 which is located at the Whitney Peak Hotel. Again, not anything we were expecting.

Another day, another restaurant. Located within the Whitney Peak Hotel is an absolutely stunning, locally owned restaurant, Roundabout Grill, which like the rest we sampled, delivered beyond our expectations.

Reno surprised me in ways I could not have imagined. The flavors and fun are definitely family friendly. Don’t tell anyone I said this, but I think Reno might be a place to look for investment property with the new arrivals of some big new companies. Shifting the economy from gaming to tech. Keep your eye on Reno. Or go see what we saw.

Related: Family Fun in California and Nevada – Part One

When you want an adventure across the bay but don’t want to get in your car, what do you do? Get on your bike,...
Read more
Travel