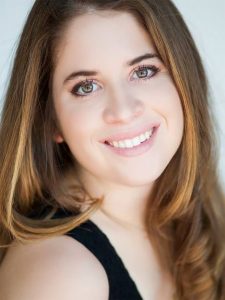 Recent Stanford graduate with a major in history and minor in Spanish, native San Diegan and now Coronado resident, Alli Emge will be making her debut performance in San Diego, one night only on Saturday, June 29 at the Lyceum Theater with the production Silent NO MORE. She was cast to share an intimate monologue of her story growing up with hearing loss, highlighting both the struggles and success of living in the modern world. Presented by No Limits, during her performance she’ll share her personal journey with hearing loss and passion to learn different languages while making a difference in the world. Alli was part of No Limits theatrical program growing up, which helps children gain the skills and confidence needed to succeed in school, interact with their peers, and express themselves in their daily lives. 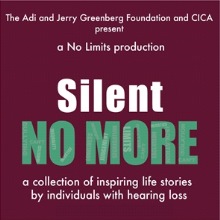 Alli was born with a progressive hearing loss. By the time she was three years old, she was diagnosed with profound deafness in her left ear and severe-to-profound deafness in her right ear. She received a cochlear implant for her left ear and a hearing aid for her right ear. She explains that a hearing aid simply amplifies sound and relies on residual hearing to aid the user. A cochlear implant’s internal components bypass damaged parts in the inner ear restoring the user’s hearing. She tells me this is by no means a full recovery of sound; she hears about 90% of what a person with normal hearing is able to detect in a quiet room. By the time she was eleven years old, she had lost the very small amount of hearing left in her right ear receiving a cochlear implant then for both ears. When she takes off the external portion of her implants, she cannot hear even the loudest sounds. Her cochlear implants allow her to leave behind the most profound of silences and enter the world of sounds, speech, and music.

In her monologue, Alli shares many of the struggles she encounters in school and life. The most difficult challenge she faces on a daily basis is other people’s (mis)understanding of what it means to be deaf. When she tells people that she is deaf but that she is able to hear with her cochlear implants, she hears all sorts of responses.

Some of the responses stem from ignorance and a general lack of understanding. Once a flight attendant asked her, “Do you read braille?” Most assume she is fluent in sign language although she only learned a small amount in high school and cannot comfortably converse to people she meets who attempt communication via signing. She shares that while she does not find this offensive in any way, these situations are indicative of a prevalent association between signing and deafness in American culture. This association often confuses people—how can someone who is profoundly deaf hear and speak a foreign language, let alone English? When she encounters this confusion she tries to educate people by telling them that she can hear (with her implants) and speak, while being very clear about which situations are the most difficult. The classroom was particularly challenging for her. To prepare for classes she was very clear with professors and students about how they could help her.

She shared that she was driven to achieve her accomplishments due to a deep love of learning. She had a string of fantastic teachers throughout her high school career who loved teaching. Her parents, Derek and Suzanne Emge of Coronado, were also very supportive and encouraged her to pursue the academic subjects she was interested in.

Alli received a Fulbright scholarship to teach English in a secondary school in Madrid. Following her Fulbright year, she plans to attend law school and become an advocate for disability rights.

Alli was asked by Silent NO MORE director and playwright, Dr. Michelle Christie, who is also a teacher of the deaf and Founder and Executive Director of a nonprofit organization, No Limits for deaf children, if she would be interested in sharing her story with the San Diego community. 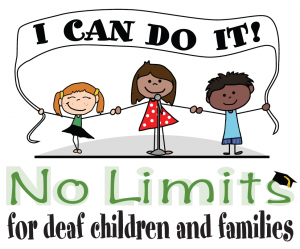 Michelle’s message is one that is very important to her. “Silent NO MORE” is a collection of monologues by individuals with a hearing loss who share their poignant and inspiring stories of how they overcame obstacles and found resilience. Michelle works with young children with hearing loss throughout the nation and gives them the confidence to succeed in school and in life through theatrical productions as well as No Limits Educational Centers.

Alli’s advice to a young person living with hearing loss is to know when they are struggling to hear in an environment and not be afraid to ask for help. Her experience is that people usually want to help. People will be more willing to help and you’ll face fewer boundaries and limitations if they know how they are able.

When asked what/who inspires her she answered, “People who tackle challenges with a positive attitude.” I asked her for one sentence to make an impact, “You are your own best advocate.”

Tickets for this one night, 5 pm performance on Saturday, June 29, can be purchased here.

Chris Kelly
Chris is a native San Diegan who has had business ties to Coronado from when the bridge still had a toll. She vowed to herself one day she would make the island her home. Chris has been an entrepreneur for over two decades as a business owner and business/life strategist and coach. Her work has been seen in magazines, blogs, The Seattle Times and The Huffington Post.Have news to share? Send tips, story ideas or letters to the editor to: [email protected]otimes.com