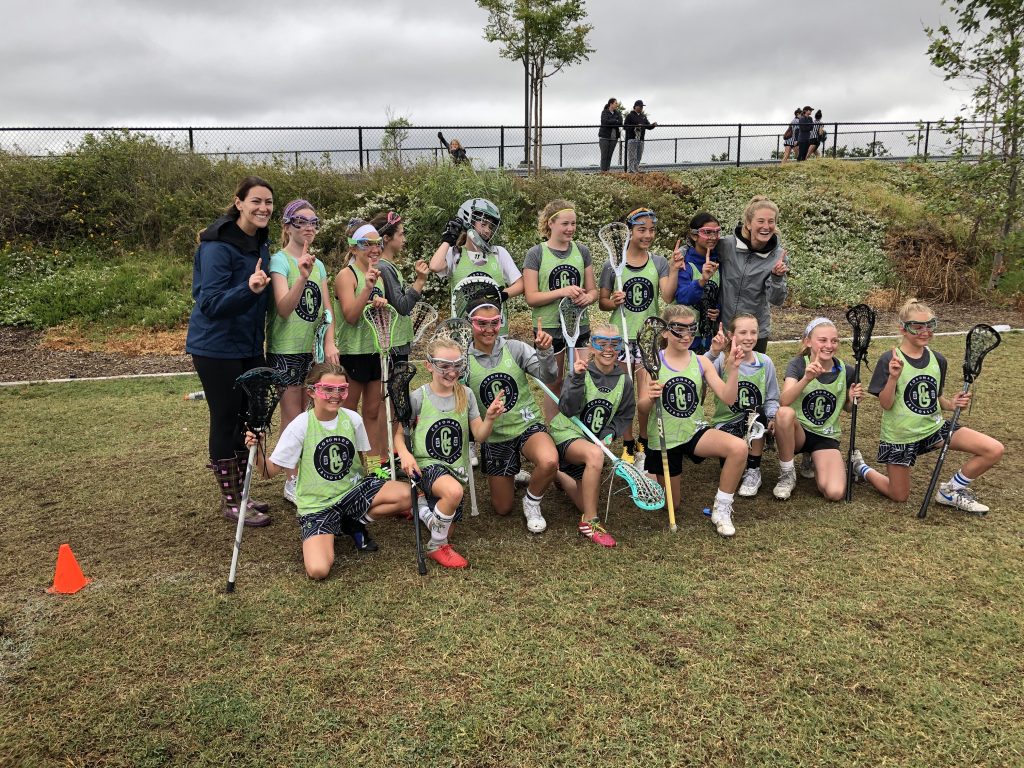 As the team grows so does the success. These girls have been playing and learning the game of lacrosse together for four seasons. The first season, the athletes were in third grade and competed as “pee wees.” The next year they weren’t so lucky and played the season without a win. Because the sport of lacrosse was just beginning that year as a club sport in Coronado there were a limited number of players which means everyone plays all the time. In some instances, there were players that played up, which means younger, less experienced players filled the gaps to have a complete team. The girls got stronger and better each season achieving the ultimate goal this year, an undefeated season and champions in their division. Team parent Judy Adams told me that the season they didn’t win any games brought them closer together and stronger as a team. The players as individual athletes are phenomenal in their own right but that season they learned the meaning of and how to work together as a team. 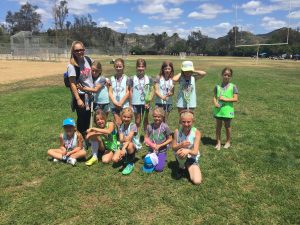 None of this would be possible without the dedication of the players, coaches, parents, and the support of the Coronado Lacrosse Club (CLC). Jim Fabiszak, president of CLC, is responsible for reorganizing the club and starting its current iteration in the spring of 2017. I see Jim at games, at practices, and know he has dedicated hundreds of hours to the club and the success of the girls. His efforts do not go unnoticed or unappreciated.

This spring was a new coaching cadre for this particular team. Their coach this season was Kirstyn Atkinson who recently accepted the position as head coach of the CHS girls varsity team and is already providing tremendous continuity between the youth and high school programs. Kirstyn, originally from Baltimore, Maryland has been playing lacrosse since she was 4 years old. In college, she played Division I lacrosse at Northwestern winning three national championships, and went on to coach at D1 colleges; Drexel, Navy, and USC. CLC girls are learning and being coached by some of the best of the best; and these people are all volunteering their time to make an impact. Kirsten was assisted by Ali Jones who is a Navy helicopter pilot with a niece in the program. Atkinson says she’s looking forward to continuing to coach with CLC and bring cohesiveness between our youth and high school programs.

What Judy Adam’s twin daughters like most about lacrosse is that it is a team sport and that they got to play with a core group of the same girls each spring. She says, “the first lacrosse practice in January is always a mini-reunion when the girls get to see each other again” and adds, “it’s also been fun to see other girls with various sports backgrounds joining lacrosse.” Lacrosse has definitely become the fastest growing sport in terms of numbers in Coronado. This age category went from barely having enough players for one team to three full teams this year at this age bracket. CLC encourages all of its lacrosse players to play other sports. Many of the athletes take advantage of tremendous cross-training opportunities in soccer, basketball, and surfing. CLC always finds a way to accommodate the girls who participate in other sports. The leadership and athletic skills they acquire during these other sports translate amazingly well to the lacrosse field.

Many of the players will participate in off season training and lacrosse camps to enhance their skills and performance on the field for next year. More bonding, growth, and learning through sports.

Coronado Lacrosse Club is a local non-profit run by volunteers who all have daughters in the program. We are invested. We consider the parents our customers and strive to provide you with tremendous value for your investment. With Girls Lacrosse entrenched as the fastest growing female sport in the U.S, the opportunities are here – even for your brand new 7th or 8th-grade daughter – to become a tremendous high school lacrosse player. I can say this based on past experience, and because of the talented group of coaches we have assembled. As evidenced by our championship 5th/6th grade team, we take pride (and deliver results) in providing your daughter with a positive environment where she can grow both athletically and as a leader in the community.