All Coronado Beaches Closed Due to Sewage Contamination 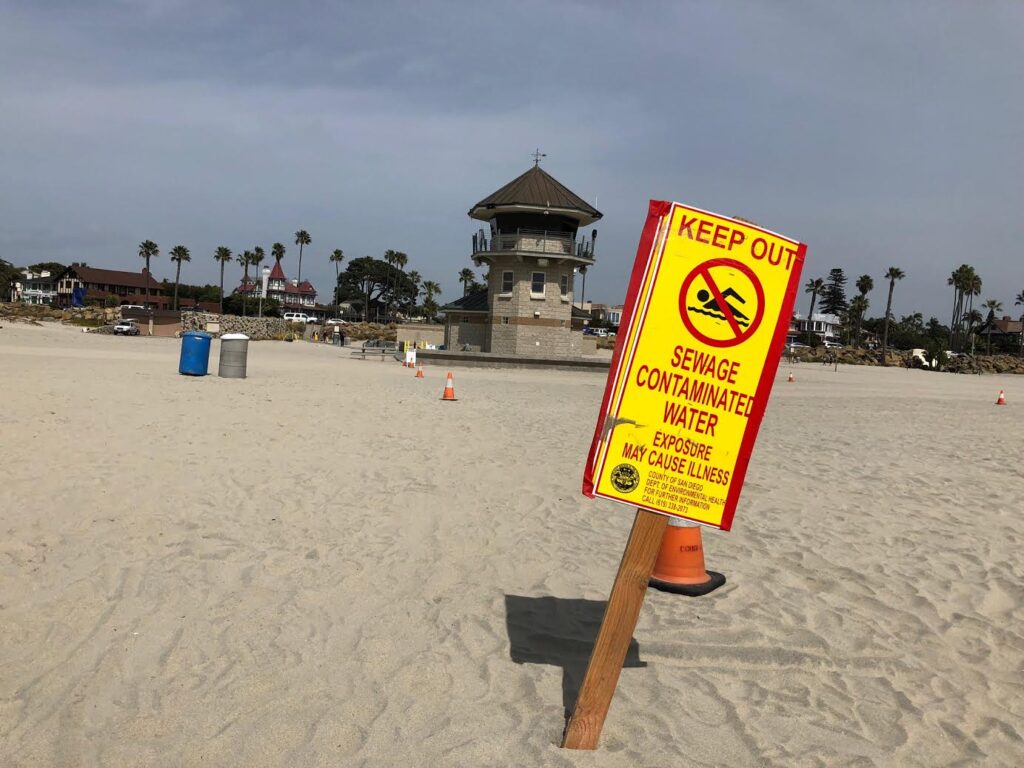 It was only a matter of time until the Coronado beaches would be shut down due to health hazards from sewage-contaminated waters. Warning signs have been placed at various locations on the beach including at the base of the stairs at Coronado Central beach near the main lifeguard station. Coronado lifeguards Trevor and Evan shared that they received calls from the San Diego County Environmental Health Department around 11 am today after testing had been done. They were instructed to close the water.

Former US Border Patrol agent, Joshua Willey, discussed his life-changing experience from contaminated water training. The lifeguards are at the same risk if people do not abide by the closures and find themselves in danger. Lifeguard Evan said, “We would rather not go in the water and will request swimmers come in from the shore over a loudspeaker but if there is a water emergency, we will go in.” They will perform their job while putting their health and lives on the line.

The environmental health department comes out to the beaches to collect and test samples in the morning. If the toxic contaminants exceed normal ranges, they call for beach closures. Beaches south of Coronado were closed but the contaminants were expected to creep up the coastline with the swells and the rain, and they have. The closures are for 24 hour periods; re-evaluated daily by the health department. 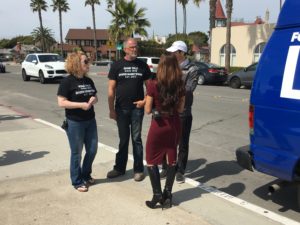 were being interviewed by Fox 5 San Diego News. Daron is quoted as saying, “I hope President Trump notices our local South Bay beaches are closed during his visit to San Diego tomorrow to look at border wall prototypes” and, “These sewage spills from Mexico are acts of environmental and biological terrorism.”

These spills are not only a health threat to our residents and visitors but also to our economic environment in that Coronado businesses, large and small, depend on the income from tourists. The Director of Marketing at the Hotel del Coronado, Sara Harper, was asked about the impact of closed beaches and how they warn their guests. Harper shared that the main reason guests come to their hotel is for the beach so it is definitely a disappointment for their guest experience when they can’t go in the water. As for warning signs on the sand in front of the hotel, those are put up by the city. The hotel communicates in many different ways with their guests, not through an email blast. Guests are informed of the closures through guest services, concierge, and water sports inquiries.

The City of Coronado’s City Manager, Blair King, was asked asked to comment on the beach closures, but no comment was received by the time of publication.

According to the County of San Diego’s Department of Environmental Health website: 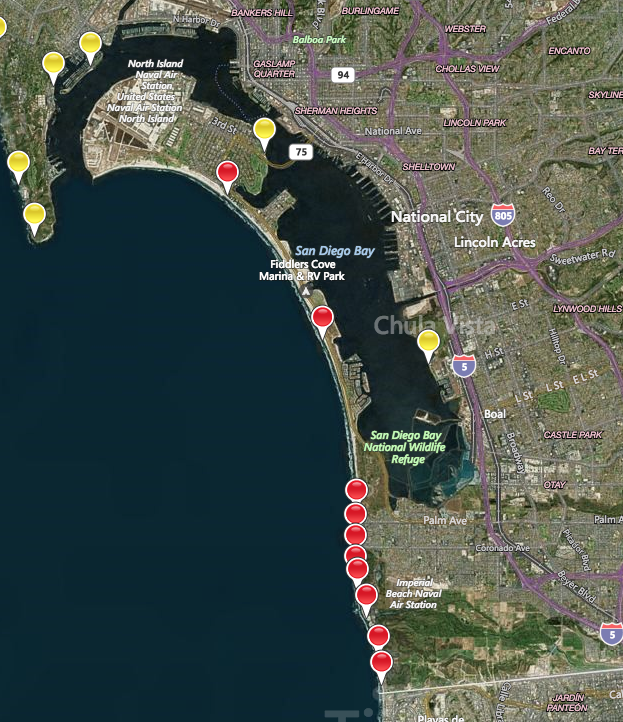