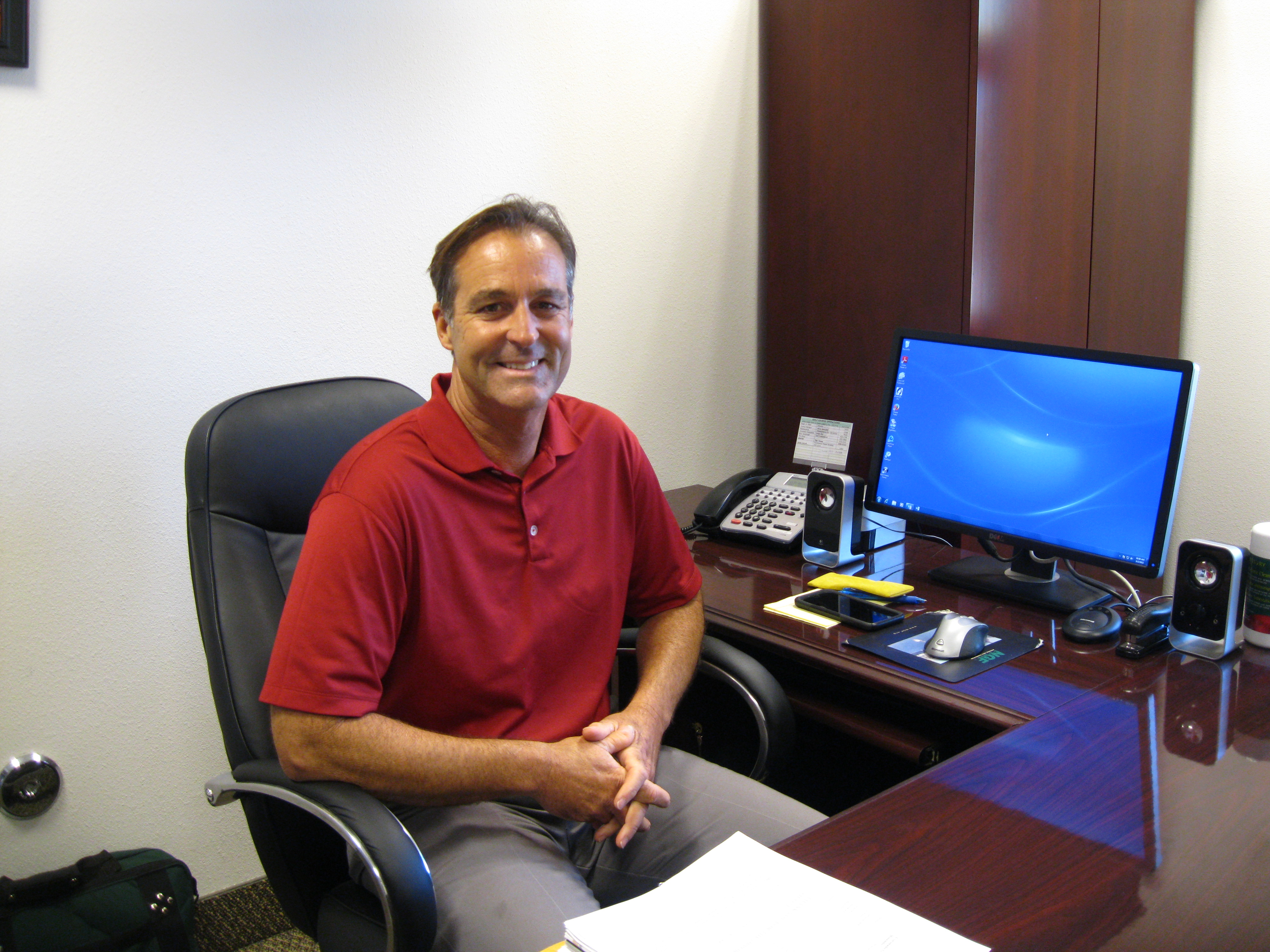 Phil Fitzgerald in his office at the Coronado Municipal Golf Course

Seven weeks into his new job and Phil Fitzgerald is still working 12- to 14-hour days to master the myriad responsibilities he’s been handed as Coronado’s latest head of golf and tennis services.

Part of the difficulty is that no one in city government has ever had his range of responsibilities; Fitzgerald is the city’s first golf supervisor to oversee tennis as well. His predecessor, Roger Miller, was only responsible for golf operations. When Miller became director of Recreation, he expanded his old job’s duties.

“Roger has a lot of responsibilities and wanted someone who could take up some of the load,” Fitzgerald said. Miller clearly felt Fitzgerald, with 23 years experience supervising golf operations, was up to supervising tennis as well.

“Phil is well rounded,” said Miller. His ability to communicate and provide leadership for both programs was important, but it was his turf expertise that won over Miller.

“He has an eye for detail and can provide the type of course conditions and leadership that are necessary to move the golf course forward.”

When he began his career, Fitzgerald didn’t know much about golf courses. He didn’t even play golf. He just happened into his first job at a golf course. He had a landscaping business, but was looking a steadier job. “Margarita and I were expecting our first baby and I saw a job offered at Pala Mesa Resort,” the 51-year-old Hemet native said. The couple has been married 29 years. They have two children: Dylan, 26, who’s in the Air Force, and Torri, 24, who’s a hairstylist and an artist.

Once he had the job at Pala Mesa, Fitzgerald took classes in turf management at College of the Desert at night, training his way up and eventually moving into superintendent positions at Mt Woodson, Temecula Creek, and Steel Canyon courses.

When the opportunity to move to Coronado came along, he jumped at it. “This is a great job,” he said. “Coronado is known to be one of the most valued jobs in the area.” Indeed there were 39 other candidates for the position, according to Miller.

Fitzgerald has played a little tennis and tries to get in a couple of rounds of golf every week. He calls himself an average golfer; he has a 17.2 handicap. “I don’t work hard enough at it to do any better,” he said.

Golf wasn’t Fitzgerald’s first love; baseball was. He played a little basketball as well, and believes he benefited from playing both.

“Team sports teach a lot of life lessons,” he said. “How to win and lose gracefully; how to overcome adversity; how to work as a team.” He wants the members of his team at the golf course and tennis center to work as a unit. Though they don’t fall under his direct supervision, Fitzgerald also sees the concessionaires at the golf course’s restaurant and pro shop and the Tennis Center’s pro shop as part of the team, as are the contractors the city brings in for special projects.

When he arrived here there were three major construction projects under way: erecting a fence along the 15th fairway to keep golf balls out of the tennis courts; remodeling the bar and grill’s kitchen, and repairing the cart barn roof. Fortunately, Fitzgerald had the backgound to jump in to major projects with the required comfort level. “I have a lot of experience overseeing construction projects,” he said.

“The fence was a huge project. It was great to see Phil at the courts checking on it regularly. I admired his diligence,” said Jennie Portelli, President of the Coronado Tennis Association.

Right now Fitzgerald’s top priority is to keep the golf course in good condition despite the drought. Fortunately for him, there were a number of programs already in place when he arrived. “I’m just fine tuning,” he said of managing the greens in drought conditions.

Most plants on the course are drought tolerant. Those that aren’t are being replaced with more suitable vegetation. The areas around the greens have been allowed to yellow and wither into rough patches. Special wetting agents were applied to the grass to help it absorb water more easily. Crews replaced some sprinkler heads to get better coverage. 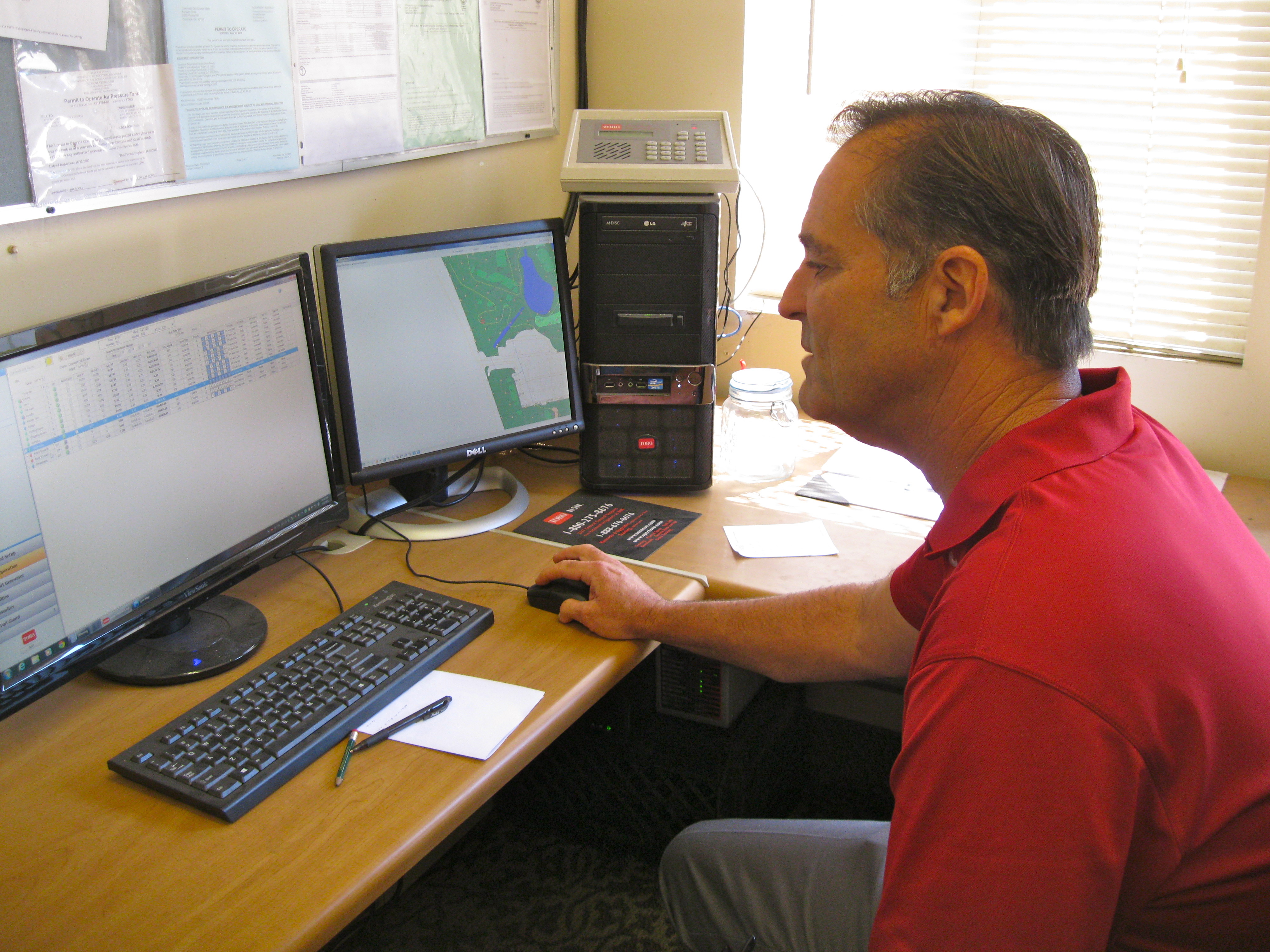 In December, the city installed a state-of-the art irrigation system on the course. It features 29 separate irrigation zones, each monitored by a satellite control box that uses to radio frequency signals to send data to central computer. The city also installed a weather station that measures temperature, solar radiation, wind speed and humidity.

Even with the state-of-the art irrigation system, Fitzgerald walks the course twice a day to check conditions and to take soil samples to determine how long watering can be put off before the turf is damaged.

Fitzgerald is confident his diligence will pay off. Taking similar steps at Steel Canyon, he cut water use by 50%. He expects to do as well or better in Coronado.

“I can’t wait to see next month’s bill to see how much we’ve saved,” he said.

Cost savings isn’t the only factor motivating Fitzgerald to dial in the system with expedience — once the irrigation system is fine-tuned and his team is working as one unit, Fitzgerald can start keeping regular hours. “This won’t last,” he said of his current work schedule. 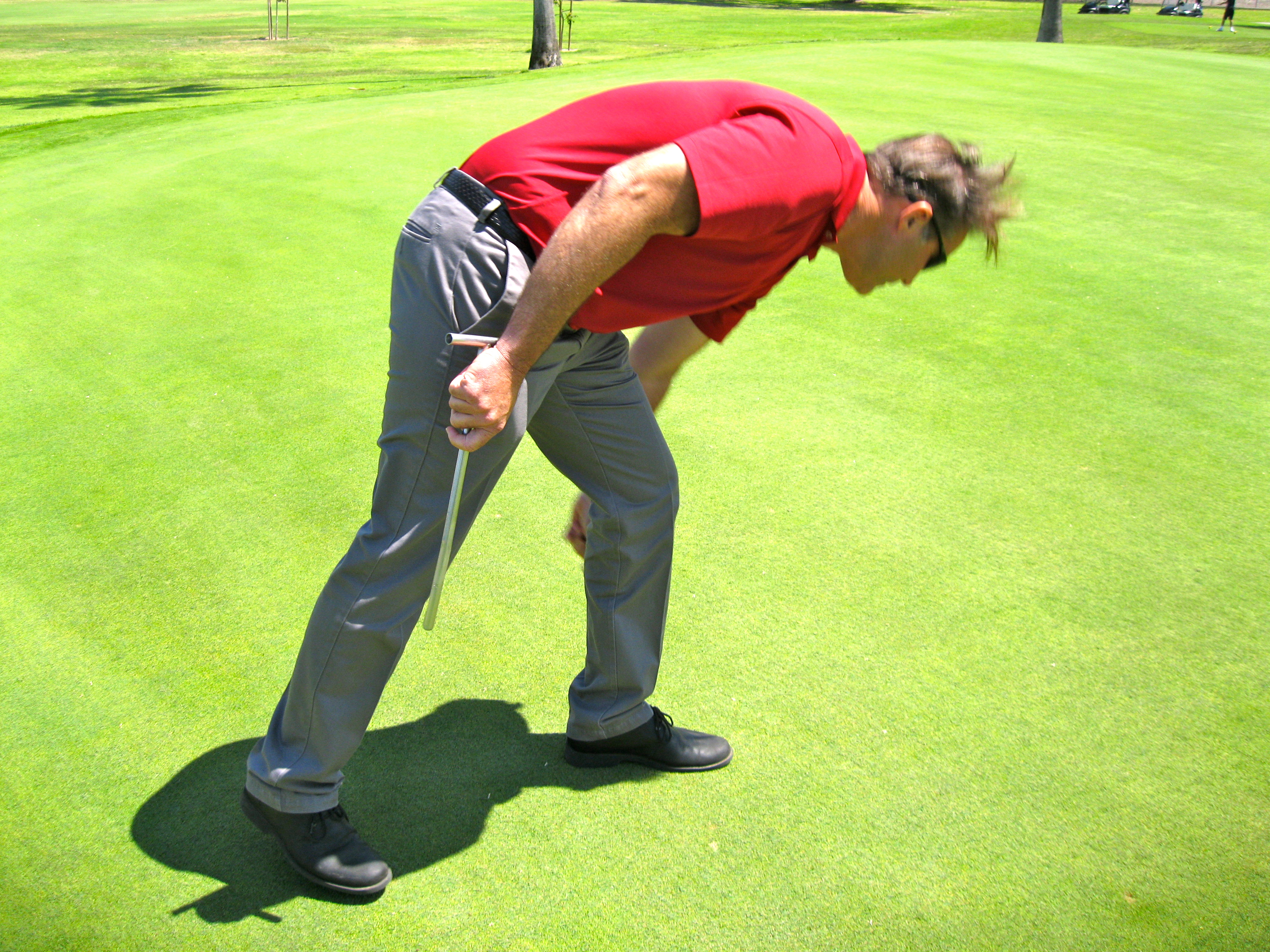 35 turkeys and 42 pies to-go were on the menu as Brian Savala of Sun West Mortgage, Jim Yeager of Nova Home Loans, and...
Read more
Education

The City Council meeting on November 17 started out on a positive virtual note with winners from the City of Coronado Recreation and Golf...
Read more
Sports

The Princeton Tigers men’s tennis team has been staying at the home of Jennie Portelli on Glorietta Boulevard for the past three months while...
Read more

Here’s what the Coronado City Council will be discussing at its meeting on Tuesday, February 6, 2018Coronado Interfaith Housing Corporation (CIHC): An agreement to...
Read more

There is no place like “Home in Coronado for the Holidays” and the City is working on plans for free activities for the entire...
Read more
Crime

The information below is provided weekly from the Coronado Police Department and then summarized for publication. Crimes Reported: Restraining Order Violation on B AvenueTemporary restraining order...
Read more
Obituaries

They are giving thanks by giving back… Coronadoans are providing 600 Thanksgiving meals today across the bridge to the kids of the Monarch School,...
Read more