The City of Coronado and the Coronado Unified School District (CUSD) held a joint community forum on student safety Monday night. More than 150 people attended. They were joined by the city council and the school district’s governing board who were there to listen. 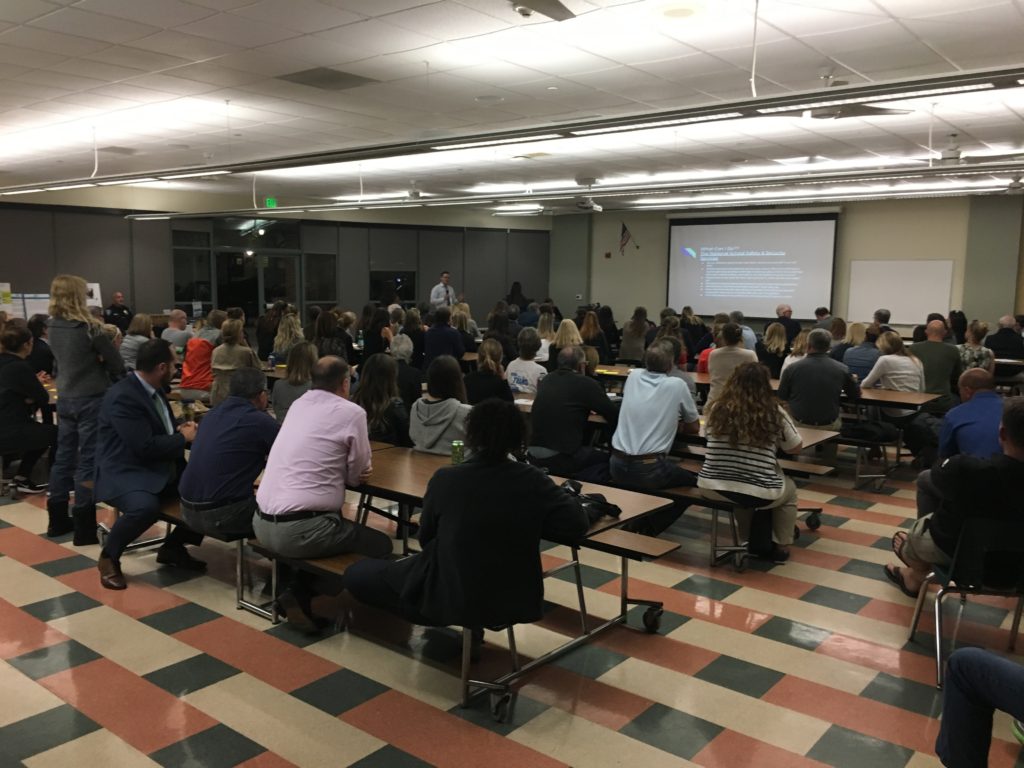 “February 14 changed everything,” Superintendent Karl Mueller said. “There is a renewed interest and urgency in how we are protecting our students while at school.”

The mass killing at Marjory Stoneman Douglas High School in Parkland, Florida heightened safety concerns. In its shadow, CUSD officials took a hard, critical look at its own emergency preparedness plan. It’s something the district does annually. But this time the exercise was done with more vigilance and with community participation.

That both city and school officials engage is a dialogue is not surprising. There has long been a tight bond between the city and the schools here. When new classrooms were needed, the city loaned the district redevelopment funds to build them. Through its community development grant program the city helps to fund SAFE, whose many programs include counseling for at risk students.

In this city-school collaboration, the Police Department has long played a critical role in ensuring a safe school environment. The most important is that of the school resources officer. “She bridges the gap between our kids and community [and serves] as a resource for school officials and parents when problems occur,” Police Chief Jon Froomin said. The program began in 2014. Most recently the police instituted a GREAT program on campuses. GREAT stands for gang resistance education and training. While there are no gangs in Coronado, Froomin acknowledged, the program does teach life skills, such as decision making and how to cope with bullying and risks in the community, that all students can use.

Both the resources officer and the GREAT program strengthen the relationship between the department and the schools. Because of the department’s involvement, Froomin believes reporting and responding – when you see something. report something – goes more smoothly.

While relationship building is important, the chief also pointed out the importance of fences in keeping campuses safe. “They are designed so that when school is in session there is only one place to enter and that is by the office, so everybody has to check in,” he said.

If these systems fail and an active shooter were to make his way onto campus, there is a protocol in place that police across the country use. The first officer or officers on the scene go in in a safe manner and address the threat. Soon after, a secondary team comes in to provide aid and evacuate. Police also have access to computer maps of every room on every campus in the district. This allows them to do a virtual walk though before going in.

“The hope is that the police never have to respond,” Froomin said. “We don’t want a school shooter on our campus, we want to find those people that might be prone to something like that and get them some assistance in advance.” 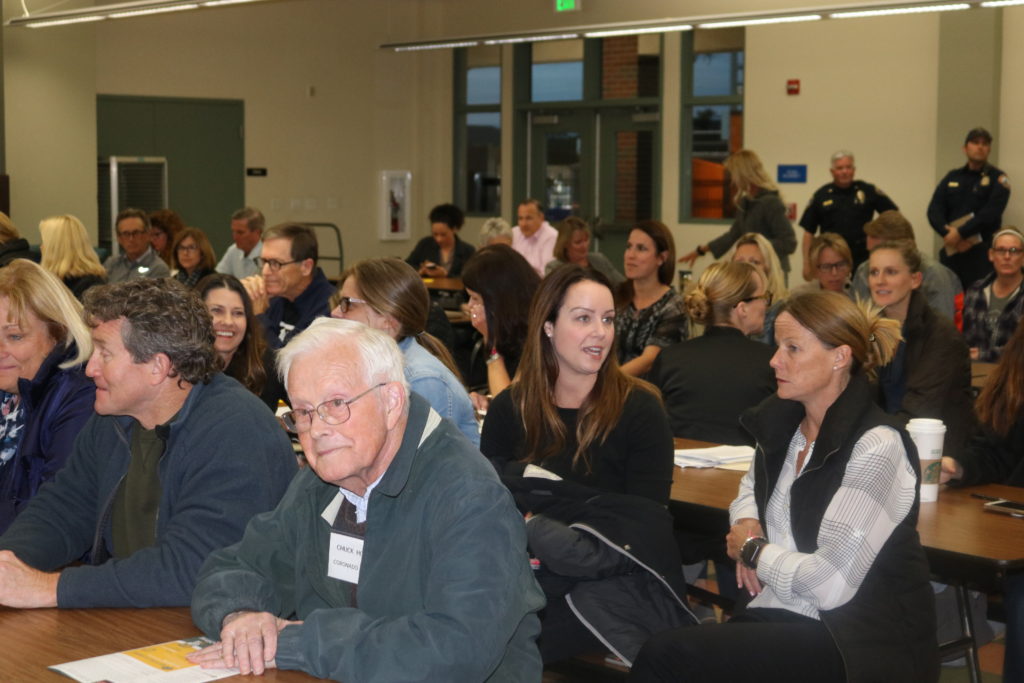 Besides implementing its own programs, the police department also works closely with Coronado SAFE. The twenty-year-old organization strives to foster resilient youth. “We want to make sure that kids can face the challenges that they come across today,” said Georgia Ferrell, the program’s executive-director. SAFE also works to remove the stigma of mental health and offers prevention and intervention resources for students and their families, including donation-based counseling for individual students.

Ferrell noted that SAFE doesn’t have enough counselors and asked for donations to hire more. “We have a waitlist for counselors that is two months long.” In making this known she was not only appealing to donors, but also to the city council. Councilmembers were there in force and will be allocating funds to community organizations in a few months. SAFE has long been a recipient of the city’s largess.

Besides the SAFE counselors, CUSD has 12 full-time counselors of its own, who address the emotional as well as academic needs of its 3,000 students. This means one counselor for every 378 students. A neighboring district with similar demographics has a ratio of 449 students to one counselor, statewide it is 822 to one, Mueller pointed out. 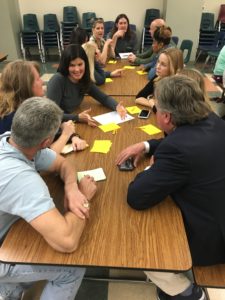 After learning about current programs and safety features, parents, students and in some cases grandparents broke into small groups to discuss what they had learned and to come up with ideas on what more needs to be done. Ideas ranged from more monitoring of social media to installing metal detectors. There were also questions about the types of drills the school held – fire, earthquake and lockdown, and about police officers’ training. This was, no doubt, prompted by the information that police in Parkland did not rush in to confront the shooter.

People were also encouraged to fill out yellow comment cards before they left. Their responses and full answers to their questions will be summarized in a report issued before the April school board meeting.