The idea of letting dogs run free in neighborhood parks suffered a swift demise at Tuesday’s city council meeting. Instead the council tasked city staff with finding an isolated location to build a fenced dog run. “A place where it makes sense,” Mayor Richard Bailey said. The vote was 5-0.

For many, turning a neighborhood park into an off-leash dog park, even for a few hours a day, didn’t make sense. Some 20 people spoke out against the idea at the meeting and dozens more sent e-mails. Some did both. Only two people spoke in favor.

There was general concern that the neighborhood parks were not large enough (a half acre to an acre), nor offered amenities that would protect dogs and humans. “Any dog park in the village would have to be fenced,” said City Councilman Mike Donovan, who has three dogs. There were also calls for a buffer between the park and the surrounding neighborhood. “Most of us want a dog park in the village, just not one across the street from our home,” he added. 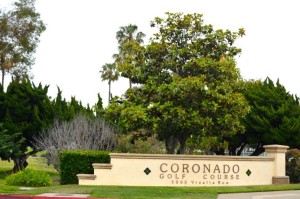 The dog park was not the only contentious issue on the agenda. A number of people came to speak in Brian Smock’s defense in his bid to operate the golf course restaurant.

A committee of golfers recommended Smock for the position in January. This past week Donovan and Councilman Whitney Benzian recommended Feast & Fareway. The council unanimously supported the Feast & Fareway recommendation. The Cohn Group, with Coronado’s Ken Irvine, was also under consideration.

Some supporters were there not only to champion him, but also to take the council to task. Former Councilman Phil Monroe charged that the council had exceeded its authority by calling for a new vision for the restaurant after the request for proposals had been submitted. “The fix is in,” Monroe said.

City Attorney Johanna Canlas pointed out the city council was within its rights. “The law allows you [council members] to be involved and engaged in the process,” she said. Councilwoman Carry Downey, who is also an attorney, added that “nobody had a vested legal right to get the contract. We could have rejected them all.”

Instead the council viewed the selection as important enough to take a second look. “This was a great opportunity for the city,” Benzian said. “All three produced good, strong proposals [but we decided that Feast & Fareway had] a proven track record of providing good food for a long time.”

One of the partners, John Rudolf, runs a family-owned coffee shop that has been in La Jolla for 70 years. He is also a semi-pro golfer. Another partner, Johan Engman, owns ten restaurants including Fig Tree Café. At the meeting he set out his vision for what Feast & Fareway hopes to bring to Coronado. “We want to provide a moderately priced family-friendly unpretentious restaurant which is great for the community and the neighborhood.”

Other issues the council discussed included:

The funding formula seeks to reduce the percentage of the city budget that the groups receive to 1.25% from 1.85% over the next ten years. By lowing the budget percentage, Bailey and Donovan hope to kept the dollar amount at one-million. This assumes that inflation will remain low over the next decade.

“For the good of the community this is what we think is the best use of our grant funds,” Donovan said as to why these activities were chosen.

Others may be added later. A fifth line on the activities’ list was followed by question marks. Bailey and Donovan plan to hold another workshop with community organizations before submitting their final recommendations to the council. As he has at pervious meetings, Bailey asked for feedback from the council and the community.

Channel 19 transmission problems: Dropped sound, fuzzy or frozen images on the community channel will be gone by next week, according to Spectrum’s Laurence Schott. He told the council that a damaged encoder was causing the problems. It was identified a few weeks ago, but replacing it proved to be more complicated than expected.

State Lobbying Shane LaVigne, the city’s Sacramento lobbyist, gave a brief report on the goings on in the state capital. Of interest to most were plans by Assemblyman Todd Gloria to hold an informational workshop on the Tijuana River Valley sewage problem. LaVigne also noted that state legislators were working on ways to prevent cannabis abuse, such as driving while high or keeping the drug out of the hands of minors.

https://youtu.be/pdN_f-685CMThe City and Sharp Coronado Hospital opened a vaccination site in Coronado this week. Find out where the site is and who can receive...
Read more
Community News

Here’s what the Coronado City Council will be discussing at its meeting on Tuesday, February 6, 2018Coronado Interfaith Housing Corporation (CIHC): An agreement to...
Read more
City of Coronado

City Still Seeking a Restaurateur for its Golf Course

For a moment it looked as if Coronado had a new team to run the restaurant at the Municipal Golf Course. A committee that City...
Read more
Advertisement
Advertise Here (Get Rates)