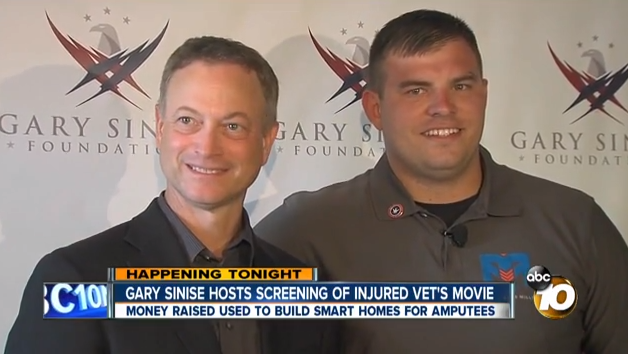 CORONADO, Calif. – Actor and humanitarian Gary Sinise was in Coronado on Tuesday evening for a special screening of the documentary film “Travis: A Soldier’s Story.”

The film follows the journey of retired Army Sgt. Travis Mills. He lost his arms and legs when he stepped on a bomb while on patrol in Afghanistan two years ago.

In spite of his injuries, he is grateful for what he does have.

“I still have my life,” said Mills. “There are friends of mine that didn’t make it home.”

About 300 people packed into the Village Theater in Coronado to watch the story of hope and inspiration.

Read the entire 10News article and watch the video here.

Local artist Tina Christiansen has worked wonders creating a collection of her own “Coronado Wildlife” for a special Pop Up Benefit Sale at the...
Read more
Military

The wind, rain and tides worked together to reveal "buried treasure" in Coronado this week. The SS Monte Carlo is displaying her rusted hull...
Read more
Business

The City of Coronado has been receiving complaints that a few Coronado restaurants are not complying with San Diego County's restrictions on onsite dining/seating....
Read more
Community News

Lifeguards have closed the City of Coronado’s beach for 48 hours after a swimmer had his swim fin nipped by a juvenile white shark...
Read more