The Downtown San Diego Lions club has elected a new President and Board of Directors as they head into their next 100 years, including Coronado residents Jon Mosier and DeEtte Loeffler as the new 1st Vice President and Secretary respectively.

The Downtown San Diego Lions Club announces Douglas Wahl the new President to take over the reins with a renewed vision of “WE SERVE,” the club’s motto. In addition to Douglas, they have elected a new board of directors to usher them into the next 100 years.

For over 100 years the Downtown San Diego Lions Club has served the San Diego community being involved in almost all the major downtown projects in San Diego since its inception. Wahl’s vision is to bring that giving and commitment to the forefront once again to serve the community and to work with his new foundation board to enter the chapter of the club’s next 100 years.

Wahl has volunteered for the Downtown San Diego Lions Club for several years working his way up the ranks in the Club and now as their NEW President. He served as a Surface Warfare Officer and an Oceanographer in the U.S. Navy reaching the rank of Commander. Returning to San Diego in 2015, Wahl is heavily involved in the Scouts and has served as Committee Chair for Cub Scout Pack 299 of Clairemont where he oversaw the business side of the coed Cub Scout Pack. He most recently became a Den Leader and assists with coordinating the efforts of the Adult Volunteers who run the Pack that facilitates life skills training and teamwork among the Scouts. Needless to say, he is no stranger to elevating organizations and leading them forward.

Douglas graduated from the U.S. Naval Academy and calls Claremont home where he lives with his beautiful wife of almost 20 years, Melissa, and his son, Declan.

In addition to Douglas, the new board include: 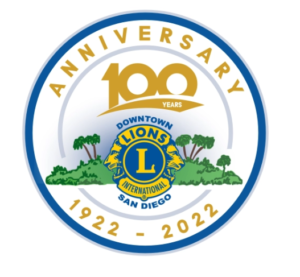