"Hands on a Hardbody" runs September 2nd through 25th, Thursday-Saturday at 8pm, Sunday at 2pm. 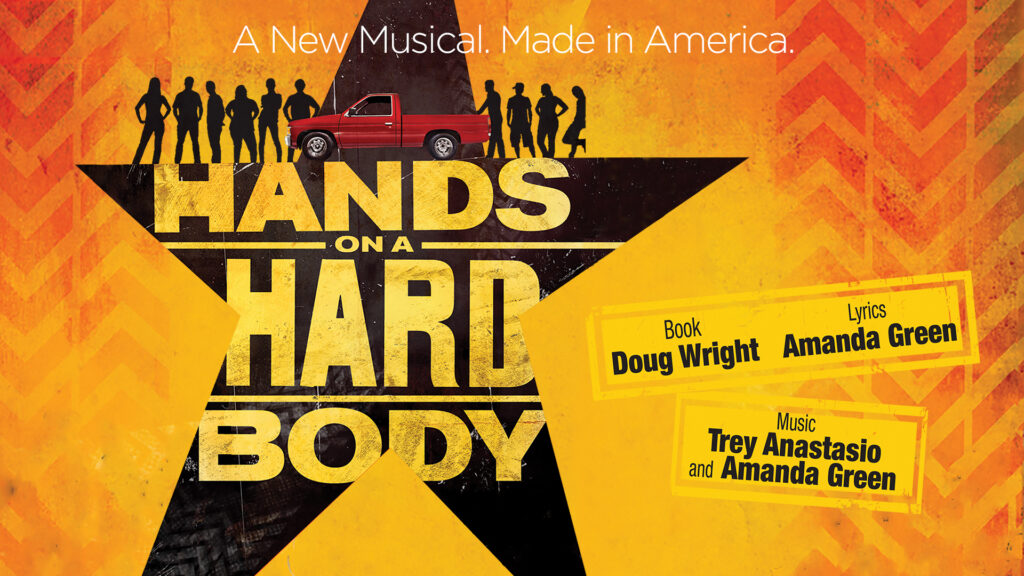 Coronado Playhouse is driving off into the summer sunset with the unique and fun musical, Hands on a Hardbody! Bringing a little bit of the Lone Star State to the West Coast, this country and soulful production will have the audience clapping their hands, even if the contestants – actors – can’t.

For ten hard-luck Texans, a new lease on life is so close they can touch it. Under a scorching sun for days on end, armed with nothing but hope, humor and ambition, contestants fight to keep at least one hand on a brand-new truck in order to win it. In the hilarious, hard-fought contest, only one winner can drive away with the American Dream. Inspired by the true events of the acclaimed 1997 documentary which was adapted into a musical commissioned by La Jolla Playhouse.

An actual 1995 Nissan Hardbody pickup truck is featured on stage in this production at Coronado Playhouse. Named after the director’s beloved Texas Grandmother, Margaret, the truck boasts Longview, Texas license plate frames and came at an additional expense to the theatre. Sourcing, securing and transporting “Margaret” required additional efforts and fundraising is currently covering much of that cost.

During the run, the production is offering a photo opportunity with “Margaret.” For $5 or more, patrons can have their photos taken with the truck on stage. Proceeds help to cover production expenses.

Hands on a Hardbody contains adult language and themes. It addresses mature, often distressing, situations such as racism, misogyny, xenophobia, suicide and war – and contains adult and racist language. The cast and production team are vehemently opposed to racism in all its forms and presents the material, not to enable racist behavior, but to show the characters that exhibit such behavior in their ugliness and brokenness.

Coronado Playhouse is committed to giving back to the local community beyond quality entertainment and using its public platform to help those in need. During the run, the Playhouse’s community spotlight partner is the San Diego chapter of Survivors of Suicide Loss (SOSL). SOSL reaches out to and supports people who have lost a loved one to suicide. It is devastating and confusing to lose a spouse, a child, a sibling, a relative, a friend to suicide, and they are here to help people cope with the aftermath of such a loss. They provide support services that offer hope, comfort, and healing to those in grief from suicide loss and we promote suicide awareness and prevention. To donate or learn more about their services, visit: www.soslsd.org.

To learn more about ticket prices and discounts, or sponsorships, contact the box office at 619-435-4856 or go to our website at CoronadoPlayhouse.org.

Hands on a Hardbody runs September 2nd through 25th, Thursday-Saturday at 8pm, Sunday at 2pm.

About Coronado Playhouse The oldest arts organization in Coronado, Coronado Playhouse, is the longest continuously run community theatre in San Diego County, and, according to the LA Times, is the longest continuously running playhouse on the West Coast; the company is currently going strong in its 76th Season. The intimate 100-seat, cabaret-style theatre, overlooks beautiful Glorietta Bay and is part of the Coronado Community Center. The venue opened in 2006 with state-of-the-art equipment and a full-service bar. Season ticket holders can reserve tables a year in advance for each show. Coronado Playhouse stands proudly among the best in the Community Theatre world of San Diego and constantly strives for excellence in its productions. The Playhouse is dedicated to providing quality entertainment, with a mix of classic and modern comedies, dramas and mysteries, dazzling musicals, colorful free classics, theatre for young audiences, concerts, and cabarets. These programs, along with our education outreach, theatre classes, and other community events, are only possible because of your continued support and charitable donations. They diligently strive to select diverse creative and production teams that will deliver smart and enlightening productions to CPH audiences. (CoronadoPlayhouse.org). 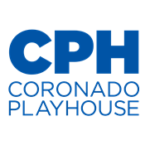