A holiday classic comes to life in 1940s style! 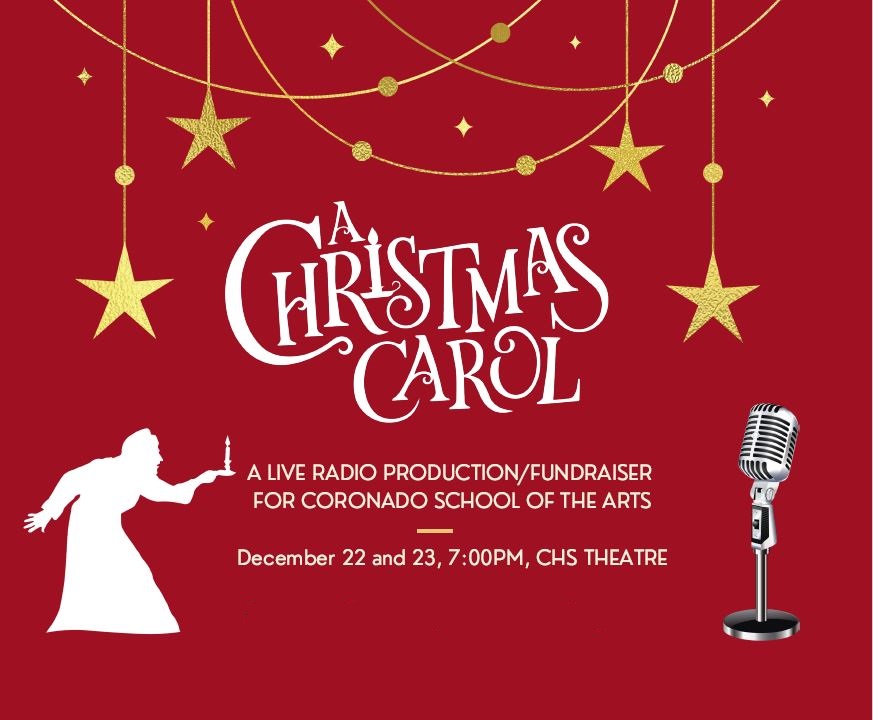 The CoSA Foundation is looking for voice actors who are willing to share their talents in an original radio play adaptation of the Charles Dickens’ classic, A Christmas Carol.

The Charles Dickens holiday classic comes to life as a live 1940s radio broadcast, complete with vintage commercials, performances and the magic of live sound effects and musical underscoring. Two dozen actors bring these colorful characters to the stage, as the familiar story unfolds: Three ghosts take Ebenezer Scrooge on a thrilling journey to teach him the true meaning of Christmas. It’s a charming take on a family favorite that will leave no one saying “Bah Humbug!”

“We’re very excited to do a radio play which showcases all of our conservatories,” said Gina Petrone, director and Vice President of the CoSA Foundation. “This will be our winter fundraiser in conjunction with CoSA’s 25th anniversary which we hope will bring together a fantastic and talented cast of students, alumni, parents and community members.”

Auditions will be held virtually the week of November 29 and are open to ages 10 years and older. Actors will potentially voice multiple parts and should prepare a recording of at least two distinct characters. Depending on actor availability, two casts may be utilized and the show is presented reader’s theatre style (no memorization!). Audition monologues and additional information will be available at cosafoundation.org.

Some of the characters in the show include Ebenezer Scrooge, Bob Cratchit (Scrooge’s clerk), Marley (the ghost of Scrooge’s former business partner), the Ghost of Christmas Past, the Ghost of Christmas Present, “Tiny Tim” Cratchit (the youngest son of Bob Cratchit), Young Scrooge (seen in a visit to the past), Belle (Scrooge’s former fiancé) and Scrooge’s nephew Fred, along with many additional, secondary characters.

A read-through rehearsal will be held in mid-December followed by two live performances onstage at the Coronado Performing Arts Center located at 650 D Avenue on December 22 and 23 at 7pm. Tickets will be available for $25 at the box office 45 minutes prior to performance or online.