A Day in the Life of a (Not So) Quarantined Teen: A Glorious Start to Girls Golf 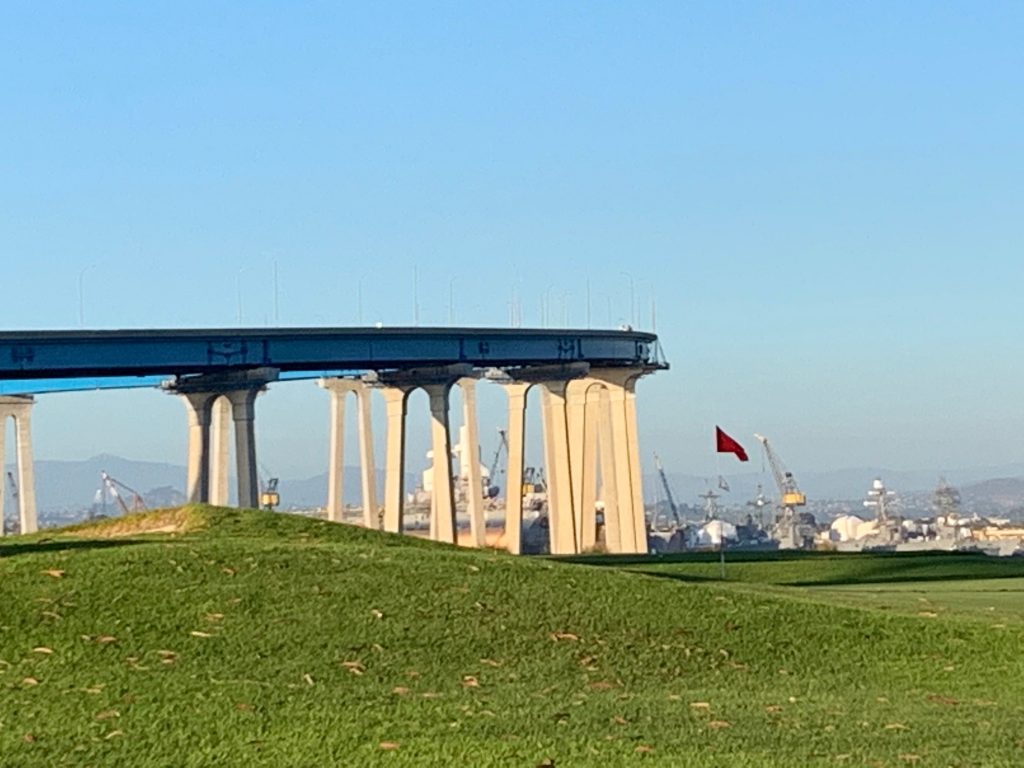 The Coronado girls golf team began its season on February 8 with its first match held on Thursday, February 18, and its first official match on Monday, February 22. Normally a fall sport, the season was pushed back to the spring due to COVID restrictions and guidelines. I was fortunate to have the opportunity to play in both matches.

Our first match of the season was scheduled at National City Golf Course against Morse High School. Players were granted an early release from their third period class at 1:20 in order to arrive at the course at 1:45. In this case, I was attending school in-person, and missed the conclusion of a hands-on laboratory experiment that my chemistry class was completing. Since I wanted to avoid the burden of carrying my golf bag to school, my mother waited in the 6th Street parking lot, where fellow teammate Emily and I met Coronado High School (CHS) boys and girls golf coach Stuart Gordon.

After arriving at the driving range, my teammates and I stretched, warmed up, and hit dozens of golf balls. The high school format is a nine hole stroke play, where each player hits until holing out. Due to the pandemic, there were several rule changes and additional policies golfers had to follow both on and off the golf course, which included the following:

Our opponent, Morse High School, only had two eligible players competing in the match. The rest of their team had not completed the required physical and permission forms, as well as COVID release papers in order to play, so Morse was forced to forfeit. We treated the match as a practice round, but it presented an opportunity for Coach Stuart to observe us and how we perform. We had participated in a handful of practices before this first event, but this was the first time Coach Stuart saw us real time on a golf course.

I had the opportunity to play with the two girls from Morse High School as well as a fellow teammate. First tee nerves consumed me, and this usually happens whether I play a practice round or a tournament. After a shaky start of bogey, double-bogey, bogey, I persevered to reel off a string of six pars in a row, and ended up with a four-over score of 38. 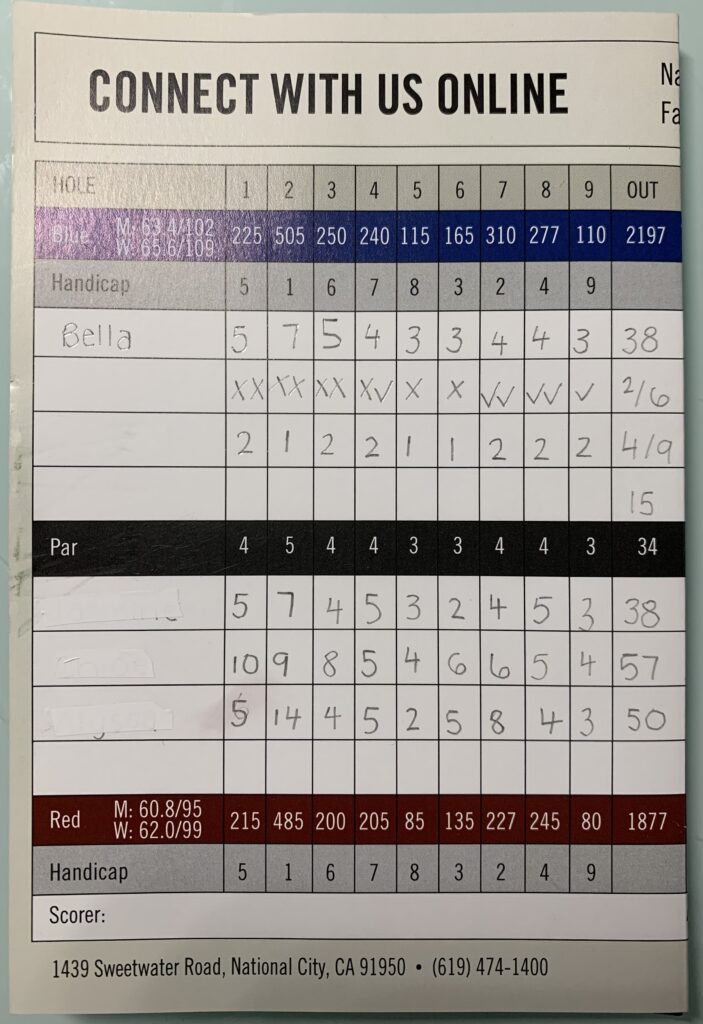 National City Golf Course played slightly shorter compared to other courses at 1877 yards at a par 34. Overall, I was excited to begin the golf season after months of delay, and although it was an unofficial match, I enjoyed the opportunity to compete and play in my first high school match.

The CHS girls golf team hosted its first official match against Poway High School at our home course of Coronado Golf Course. Procedures were similar to our first match against Morse High School. After spending about thirty minutes on the range, I focused on putting and short game, which to me are the most important part of the game. I was in the first group to tee off, which was a threesome consisting of one Poway player and a fellow teammate and myself. A strong headwind on the first hole did not help with my tee shot, but luckily my ball still landed on the fairway. A full three-wood shot from 177 yards (uphill and upwind) landed my ball on the green, and I two-putt from fifty feet to secure a par on the first hole. The rest of the round fared as well with fifteen putts in total, one birdie, and one bogey. I ended up shooting a personal best of even par 36 from the gold tees, which played at 2874 yards. 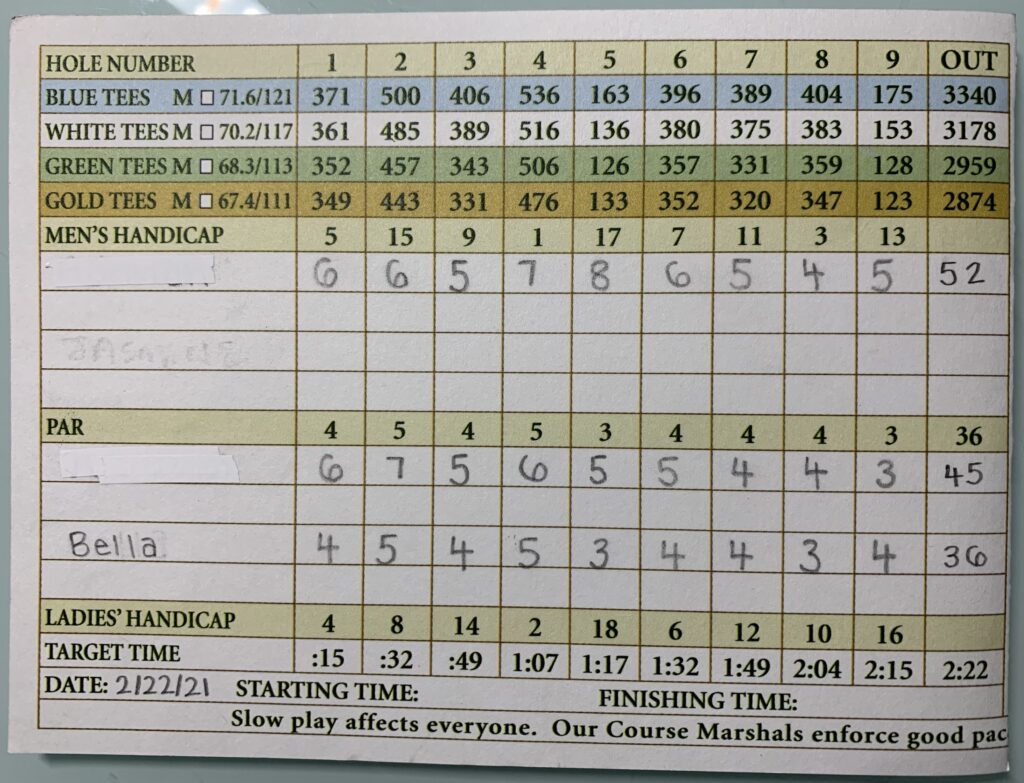 Much to the delight of the entire team, we won 219-280. A total of six girls played from our team, and we added the top five scores to shoot 39-over par as a group. In the case of a tie, the sixth player’s score would be compared and the results of the match would be determined then.

Although the golf season did not begin as expected with the multiple rule changes, different procedures, and a delayed start, I am still grateful for the opportunity to compete and practice, as golf was one of the few sports available to high school students (other sports will be starting soon). I’m looking forward to a great season ahead!

2021 CIF season rankings and match results can be found here.

The Islanders men’s basketball team looked to get back on track this week after suffering two one-possession losses last week. After picking up two...
Read more
Sports

Girls Golf To kick off the first week back from spring break, the girls golf team squared off against Point Loma High School at Coronado...
Read more
Sports

During their fifth official week of matches as part of the CIF winter season, both the boys and girls golf teams celebrated hard-earned victories...
Read more
Crime

The information below is provided weekly from the Coronado Police Department and then summarized for publication. Crimes Reported: Burglary  on Orange AvenueVictim reported garage door lock...
Read more
Sports