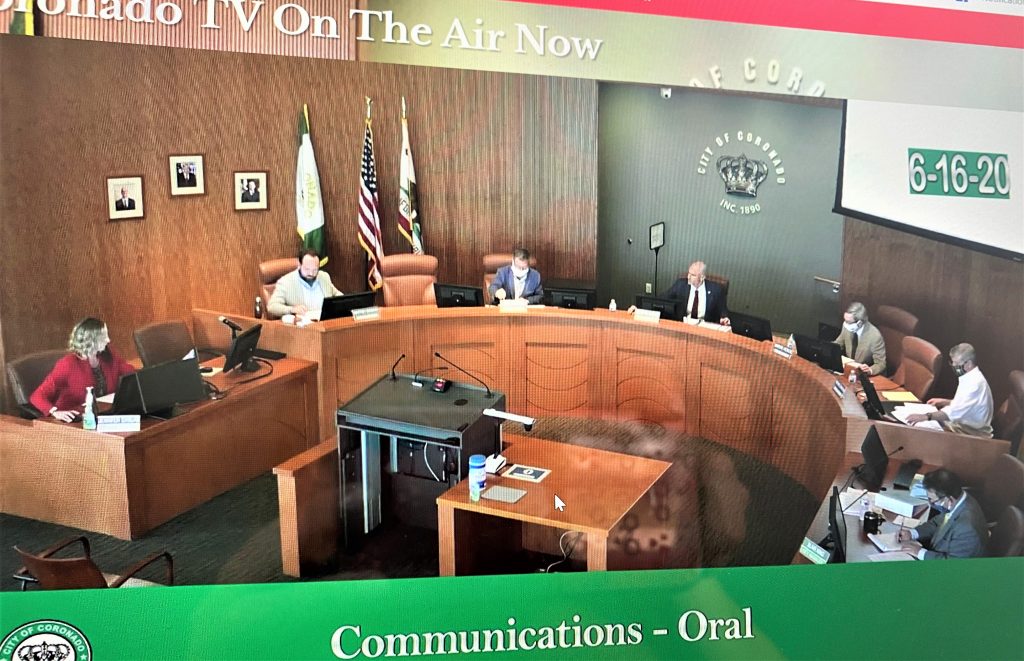 After more than a decade of discussion, the biggest decision of the Council meeting was to move forward on the Road Relinquishment for State Routes 75 and 282 within the limits of Coronado and accept $22 million from Caltrans to maintain these roads going forward. City Manager Blair King said, “We have prepared a good financial plan for this and we anticipate a higher level of maintenance.”  Councilmember Sandke pointed out that liability issues have been factored in and King pointed out that the city is partially self-insured with other cities in an insurance pool that all share each other’s risk for catastrophic claims if needed. Policy Director for Senator Toni Atkins, Deanna Spehn was on hand to say that even with the COVID-19 delays, deadlines can be met for the legislative calendar and funding will be available in a timely manner. The Council thanked Senator Atkins’ staff for helping them with these negotiations. Principal Engineer Ed Walton, who stepped in for Director of Public Services and Engineering Cliff Mauer, who has been spearheading this project and is currently recovering from a bicycle accident, answered questions. Councilmember Heinze asked about the additional skill sets required for maintaining a high-speed highway and Cays bridge. The answer was that it is budgeted to use contracted technicians and equipment for needed maintenance issues. All the councilmembers concurred that this is great for Coronado and the whole South bay region and praised the city’s due diligence on this matter, citing that it will stand out in the history of Coronado. The transition is slated to take effect January 2021.

Director of Community Development Rich Grunow presented an update on the Sea Level Rise Project. With $221,000 of Caltrans grant funds and $28,663 from the city, the process can now move forward in selecting a consultant to assist with the preparation of the sea level rise vulnerability proposal and create an adaptation plan. Grunow said that six bids have been received and staff has assembled a team with representatives from Public Services and Engineering, the Fire Department, and Community Development staff to serve as the city’s selection committee with an anticipated date of August 2020 to award the contract. The process then begins by preparing a sea level rise vulnerability assessment, followed by an adaptation planning process. This allows staff to first complete a comprehensive needs and vulnerability assessment to get a baseline understanding of the risks of sea level rise to Coronado and then develop a menu of adaptation strategies to consider reducing or mitigating the impacts. 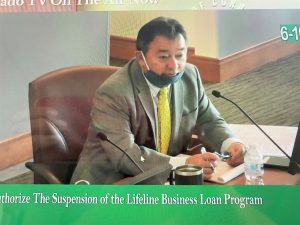 Councilmember Donovan raised the questions for extending the Lifeline Business Loan Program to offer businesses who have already received funds, additional monies up to a maximum of $20,000. He cited the COVID-19 crisis dragging on longer than anticipated making the slow return of customers draining on businesses. City Manager King said that there is still $600,000 left in the fund, and it is not necessary to use the entire $2 million if not needed. He noted that city staff could have a simple form for businesses requesting additional funds. The council unanimously approved this motion and will re-evaluate the program at the July 21 meeting.

City Manager King shared details on openings around town since the special council meeting on June 9. He said that all parking areas have been reopened, with dog beach and the dog wash also open. The fire rings will remain closed until after July 4. The Summer Camp e-brochure is available and locals can start registering on June 17. He encouraged early registration for residents to get the desired camps for their children due to limited space. He announced that Lawn Bowling reopened this past week and that the Cays tennis courts will be opening at 7 am starting Monday, June 22. Doubles play is now allowed for non-household members at all courts, and the Library Courts will now be open for pros to give scheduled lessons. As decided earlier, the pool will reopen for lap swimming on June 24 with five reservable lanes and will expand to ten lanes on June 29 to accommodate additional swimmers. Reservations must be made for the Fitness Center which opens June 22 with two people per hour allowed. The skate park will begin allowing four participants, not in the same household, starting June 22. When asked about beach volleyball and the high school tennis courts, King said they were currently not allowed. “We want to keep the infection rate low and open up in a safe manner,” he concluded.

Director of Golf and Recreation Services Roger Miller gave a presentation on the athletic field use and policy updates. This topic comes from a previous meeting where residents challenged the use of Sunset Park by older youth sports. That usage varied from Resolution No. 6803, passed by the Council in 1988, to limit organized sports usage of Sunset Park to Youth Soccer and Little League activities for children eight years old and younger. Miller pointed out that there are two sessions: January through June and July through December for sports activities. The proposal advocated a sliding fee per person, per session with fees for tournaments and clean-up, and Miller indicated that fees were based on research from other comparable cities and the plan was flexible. This issue was continued to the next council meeting because there is a need to explore the possibility of the city being in charge of scheduling for Tidelands Park, thus increasing available usage which would make a difference when deciding if there are enough fields in Coronado to accommodate the multitude of sports teams and tournaments without increasing the age of sports participants at Sunset Park. The council unanimously voted to send the policy to the Parks and Recreation Commission and ask sports teams to weigh in. The current policy will remain in effect for the rest of the year until all the facts are decided. 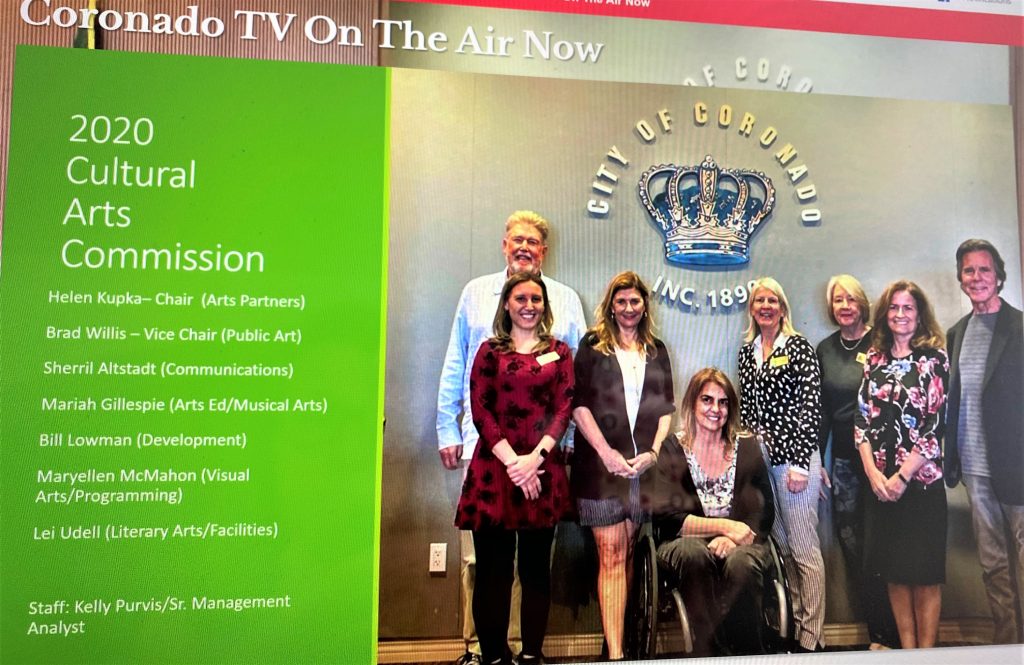 Deborah Kaller was appointed to fill the remaining term on the Cultural Arts Commission, which runs through December 31, 2020, for Lei Udell.

After a presentation by Development Associate Planner, Tricia Olsen, the council unanimously approved a Historic Alteration Permit for a remodel and addition at 1010 Olive Avenue.  Councilmember Sandke got a laugh when he asked if the rumor was true that Winston Churchill played cards there, but Olsen said she had no idea.

Councilmember Sandke briefly pointed out that the SANDAG Transportation Committee is starting the environmental scoping of the suicide barriers on the bridge this week with a 30-day comment period. He said that Caltrans is in support of this process and moving it forward. The mayor is pleased that “they seem to have a sense of urgency.”

Mayor Bailey recently honored Coronado’s Golden Rule Society and presented a proclamation to Founder and President, Captain Leonard P. Kaine, US Navy (retired), proclaiming July 1 through July 7, as “Golden Rule Society Week,” honoring them for their leadership and dedication to helping Veterans, Patriots, Children, Churches, and Charities, which benefits families of the US and the world. 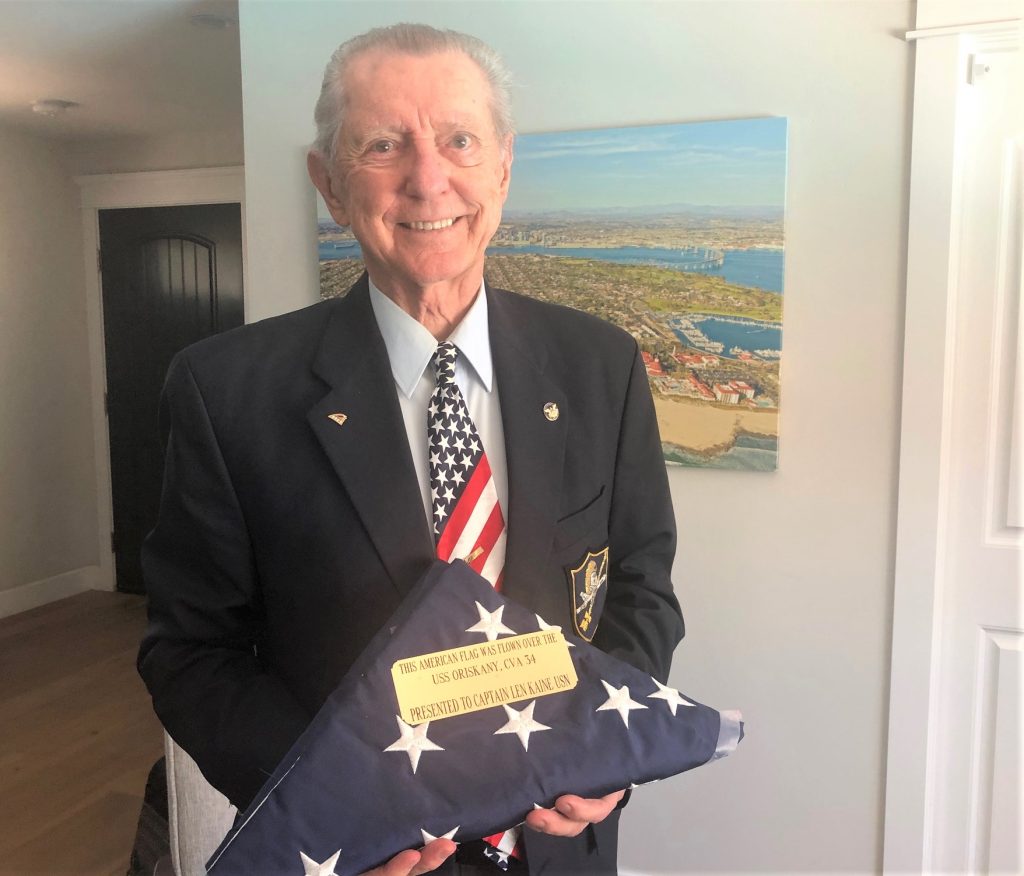 For John Duncan--who’s running for Coronado City Council--it was all a dream.In 2006, before he lived here full-time, Duncan rented a historic home on...
Read more
City of Coronado

For the first time in months, the City Council began its September 15 meeting with a ceremonial presentation to proclaim “Arts in Education Week”...
Read more
City of Coronado

https://youtu.be/FZo2A7lTbb8The Library welcomed patrons back inside this week. Find out about the initial reopening hours, what is expected from patrons and safety precautions in...
Read more
City of Coronado

Mayor Richard Bailey said a friend who doesn’t live in Coronado texted him recently joking, “Congrats on having the job that literally no one...
Read more