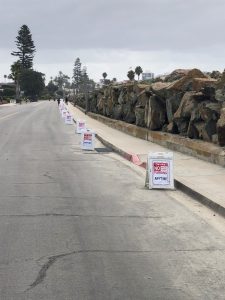 Coronado City Council held a brief but important special meeting on Tuesday afternoon, June 9, where the council unanimously voted to remove all parking restrictions and open all of the parking around the beaches and parks as is now allowed by the County Health Order. City Manger Blair King said that things are evolving on a daily basis and that public services will begin removing the A-frame no parking signs tomorrow. He specifically asked the public not to take the signs, because they are part of the needed city inventory.

Coronado will be following the county’s reopening plan for the next phase which begins on Friday, June 12. Roger Miller, Director of Recreation and Golf Services, said that Summer Camps are slated to begin on June 22, with registration open to residents from June 17 to 19. They are working with outside vendors to provide camps this year and will cap the number at 10 children per camp. It is estimated that there will be three to four camps held each week, which is about 50 percent of the regular capacity, in order to keep manageable numbers for safety precautions. Postcards and e-brochures will go out to residents by Tuesday, June 16, with the camps offered and schedules.  When Miller was asked when the gym would reopen, he said that since basketball is not currently allowed, the gym will be used for camps.

Aquatics Supervisor Rebecca Jackman gave swimmers the good news that the competition pool will reopen on Wednesday, June 24. The pool will be set for the long course with five swimmers allowed in every other lane of the ten-lane pool. When Mayor Bailey asked about the timeframe and Jackman said that they are currently training staff and prepping the pool. He also asked about the decision to use only half of the long course lanes versus the short course to which Jackson replied that the decision was made because “most swimmers prefer the long course.”

This soft opening comes with limited hours of 6 am to 11 am, with passholders able to reserve by phone from 24 hours up to one week in advance. Swimmers can reserve one-hour time slots for up to three times per week. Jackman stressed that social distancing protocols will be in place with swimmers required to wear masks when they arrive and interact with staff, but (obviously) not while swimming. Swimmers should arrive in swim attire and enter through the west side gate because the Community Center and lockers are not open yet. Swimmers will need to bring their own equipment such as kickboards. The outdoor showers and access to bathrooms will be available.  Staff will be wearing masks and disinfecting all touch points. The bleachers, tables and chairs will be cordoned off and cannot be utilized. They are working on a system to open the pool on July 4 also. Councilmember Donovan made a motion that the council concurred with to expand the use of the pool as appropriate and it was unanimously approved.

Recreation Supervisor Orlando Vales talked about the soft opening for the Fitness Center on June 22, which initially allows two people at a time in the facility for one-hour intervals. They are currently developing a reservation schedule and training employees for health precautions and screenings for participants as they come in the door. 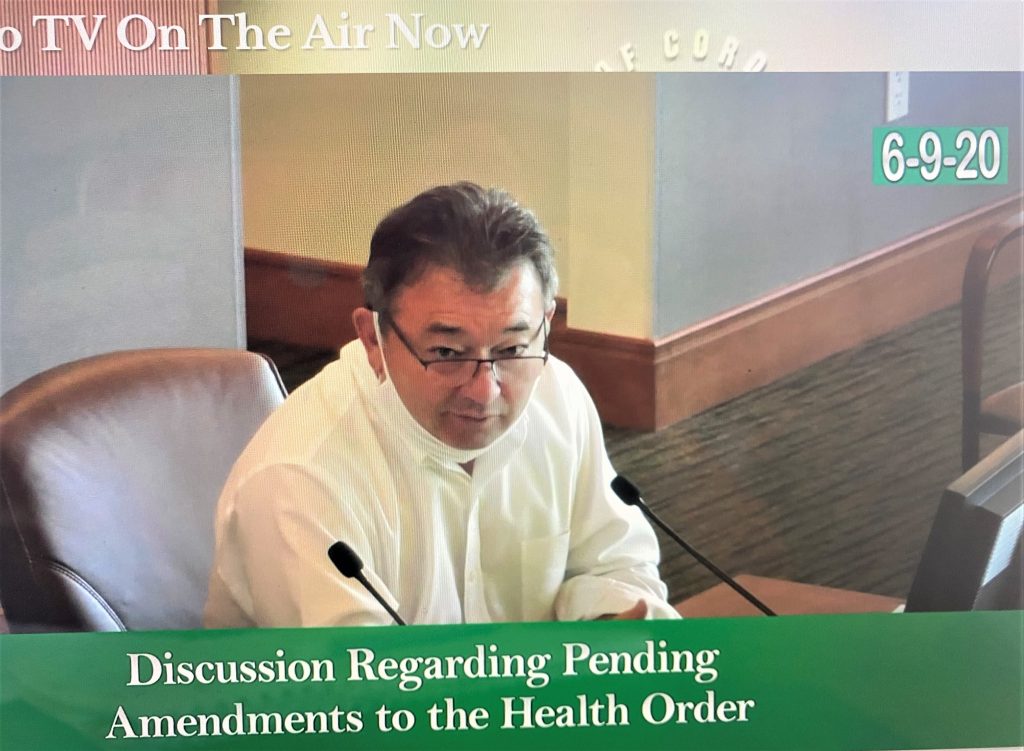 It is indeed good news that things are opening up in Coronado and around the county, but King did point out that playgrounds are not allowed to open yet, according to county guidelines.

With regards to extended beach hours, King said the beach is now open until 7 pm, and they are working on additional staffing to keep it open until 8 pm, which should happen in the next couple weeks. Councilmember Donovan asked about the dog wash, and King said that they are working on how to meet sanitization requirements and it should also be open in the next couple weeks.  King also mentioned that fire rings on the beach will not be opening until after July 4. 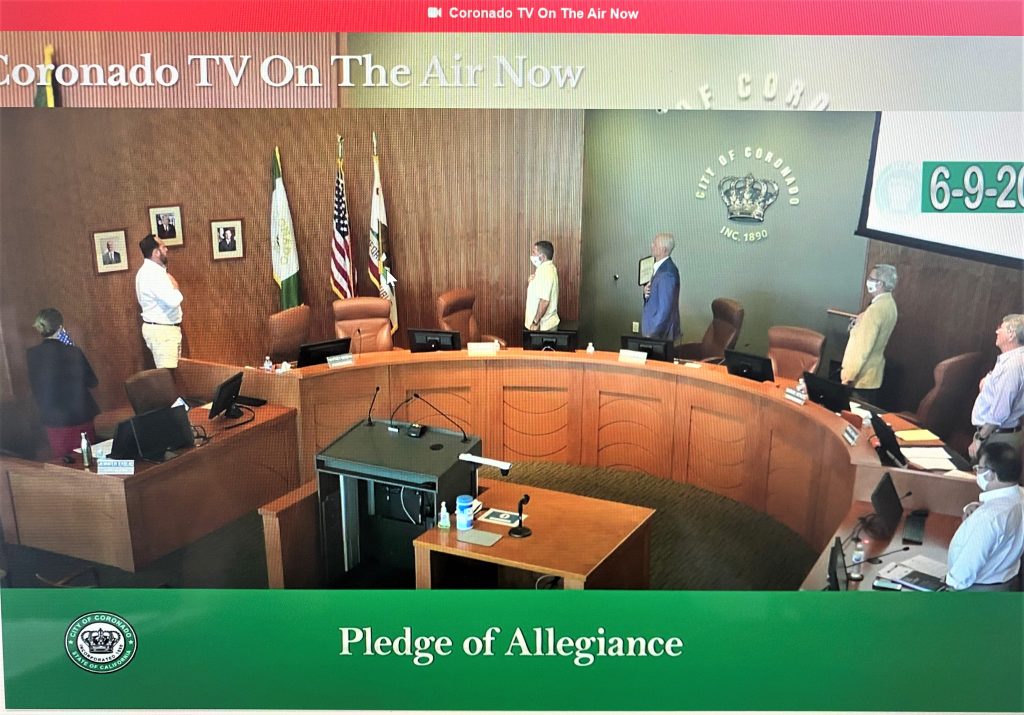 King concluded the meeting by saying that between the pandemic, civil unrest, and the heat wave, they are ready for anything; and the council commended the city on doing such an outstanding job during these changing times.

"We need to start the conversation of racial inequality early at home and then continue it all through school. Education is one of the...
Read more
People

"I believe that the world is changing, and we must now challenge ourselves to see all views,” says Andrea Kane, who is married to...
Read more
Business

Every day is a new shopping adventure, with many rooms to explore, at the newly opened Sand, Beach and Bikini boutique. Owner Sandy Johnson...
Read more
Dining

I’m not sure any of us truly understood how much we liked dining in restaurants until we were quarantined with stay at home orders...
Read more
City of Coronado

City Manager Blair King had lots of positive community updates to share in his opening report. Dog lovers will be ecstatic to learn that...
Read more
Business

There’s good news on the horizon for everyone with a sweet tooth who enjoys home baked pastries and treats. Clayton’s Bakery & Bistro is...
Read more
Advertisement
Advertise Here (Get Rates)