The Marines Are About To Take Another Island

In keeping with long-standing tradition, dozens of local Marines, former, active and retired, are banding together to form the first ever Coronado Detachment of the Marine Corps League. An official Charter Presentation Ceremony will be held at Star Park on the 22nd of June at 11am, followed by a reception at the VFW. If you are a veteran, know a veteran, or are free because of a veteran, we hope you will attend the ceremony. 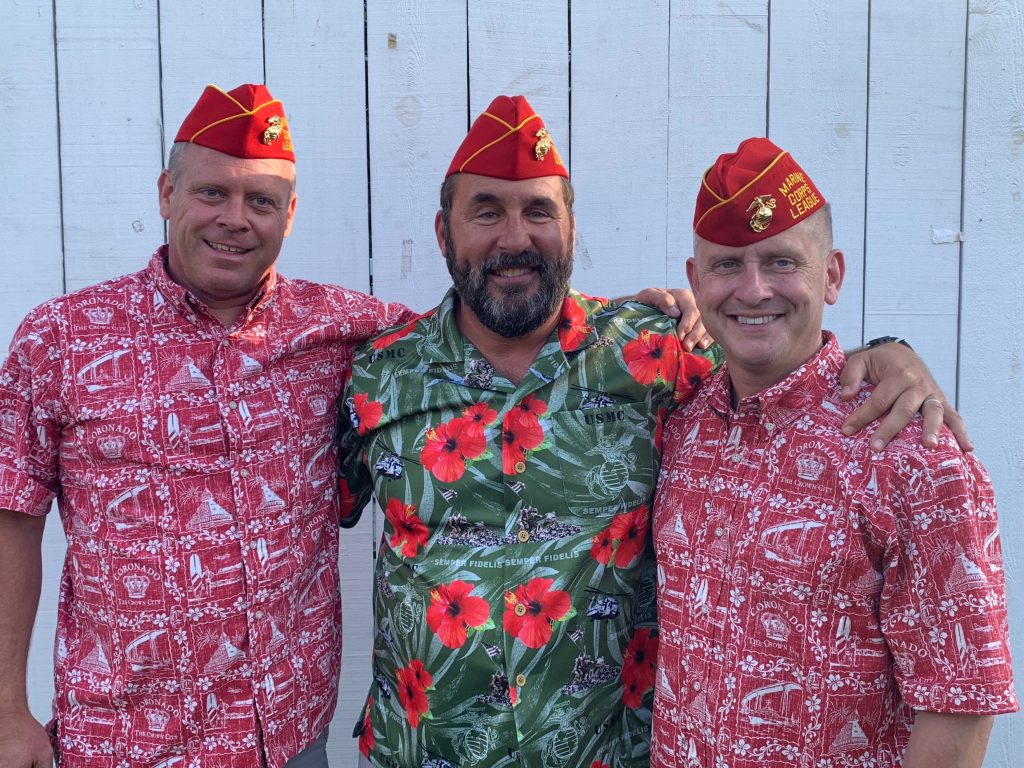 Colonel Bill Spittler, a retired Marine said, “We in the Crown City sometimes forget our connection to the Marine Corps with famous Marines like Major General Joseph H. Pendleton, who served as our Mayor from 1928 to 1930. Besides commitment to community service, our detachment hopes to remind us all of the long and honorable legacy.”

Colonel Chris Ellinger, an active duty Marine stationed at the Marine Corps Recruit Depot San Diego said, “Our small band of Coronado Marines asked the question ‘why is there no Marine Corps League in Coronado?’ With the Corps’ rich San Diego history dating back to the early 1900s and a large contingency of Marines stationed at the Recruit Depot, North Island and the Amphibious Base, it is time for Coronado to have its own Marine Corps League Detachment. Our goal is to unite former, current and future Marines through camaraderie, shared traditions and community involvement.”

The Marine Corps League was founded in 1923 by then Major General John A. Lejeune, and its federal charter was officially established by an Act of the 75th Congress and signed by President Franklin D. Roosevelt in 1937.

Members of this Coronado Detachment will join together in camaraderie and fellowship for the purpose of preserving the traditions and promoting the interests of the United States Marine Corps. They will band together those who are now serving and those who have been honorably discharged from the Marine Corps that they may effectively promote the ideals of American freedom and democracy. They will voluntarily aid and render assistance to all Marines and former Marines and to their widows and orphans; and to perpetuate the history of the United States Marine Corps and by fitting acts to observe the anniversaries of historical occasions of particular interest to Marines.

NAVAL BASE SAN DIEGO – The next ship to be commissioned and carry the Kansas City name arrived at its homeport in San Diego,...
Read more
Military

Tune In: Memorial Day Brings Together Our Best to Celebrate Our Finest

PIECES COME TOGETHER FOR VFW DIGITAL MEMORIAL DAY Coronado Veterans of Foreign Wars Post 2422 and the City of Coronado have been working hard all week...
Read more
Military

SAN DIEGO (May 18, 2020) – The Navy has transitioned into the next phase of its aggressive response to the COVID-19 outbreak on board...
Read more
Community News

VFW and City of Coronado Combine Efforts To Digitize Memorial Day ServicesMemorial Day services have been held nationally to honor our fallen warriors since...
Read more

https://youtu.be/MDsTC4fJIhQLate this afternoon in Coronado, two separate peaceful demonstrations were taking place. One at the corner of Orange Avenue and Sixth Street where a...
Read more
Letters to the Editor

Submitted by Rebekah KobsAs the world is aching right now I know each family is trying to process things in their own way. For...
Read more
Letters to the Editor

Submitted by Khara HarknessI am part of the 75% of white people that occupy Coronado.Coronado is currently at a complete stop. COVID19 is rapidly spreading across the world causing...
Read more
Advertisement
Advertise Here (Get Rates)