Coronadans March for Our Lives in San Diego

Organizers of the main March for Our Lives event in Washington, D.C. on Saturday estimate that 800,000 people showed up to protest gun violence. In San Diego, one of approximately 800 satellite marches, the sign-carrying crowd included representation from Coronado. 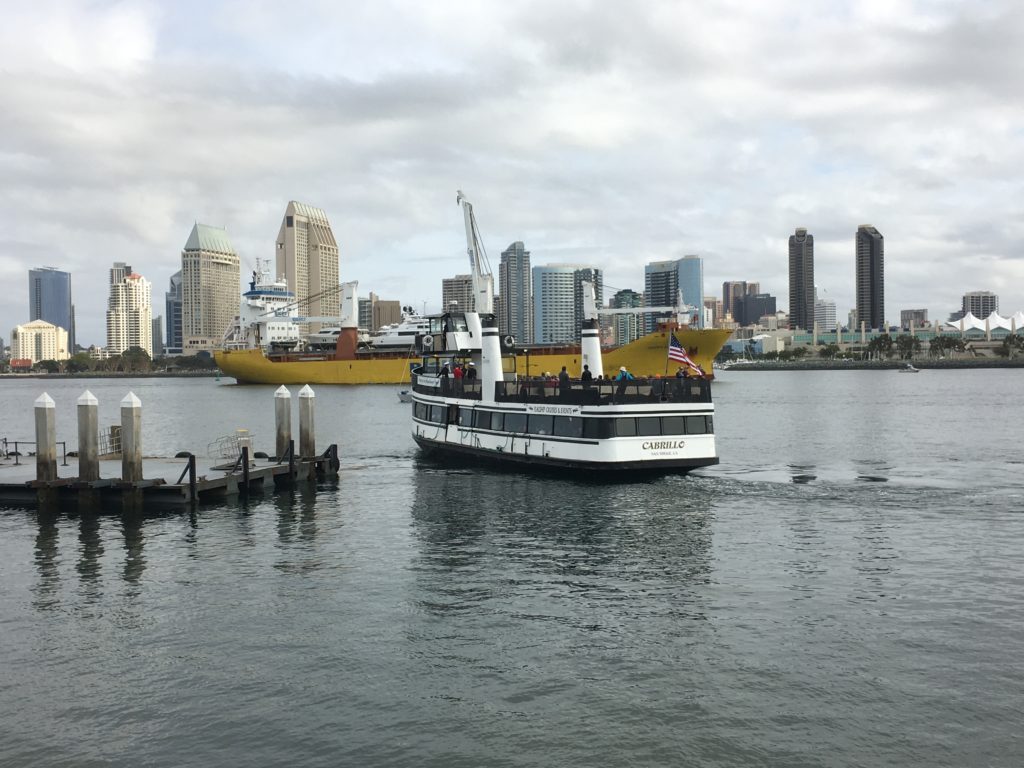 The 9:30 am ferry from Coronado to San Diego was sold out and some wanna-be marchers were turned away. Ready to march were mothers with small children, grandmothers with grandsons, entire families, solo marchers, husbands and wives, and students from Coronado High School, all with one thing in common, the safety of children, specifically with regard to guns.

In advance of the march, I spoke with island mom, Stephanie Heames, asking her why she was marching. She shared, “Years after Sandy Hook, I still think of those families when I drop my young kids off at school. My oldest was not yet in Kindergarten when it happened. Because of the trauma of that day, I’m always mindful of what I say to them before they run off into school. I never miss saying ‘I love you’ because of it. Years passing and many shootings have left many people feeling numb, or at least less and less shocked each time. I remain heartbroken, shocked and outraged at the thought of precious sons and daughters being slaughtered in school. I refuse to accept this as a new normal of living in the United States. My husband is in the military, and we’ve lived overseas twice. I find it sadly ironic that I was (and would still be) less concerned about the safety of my family if we lived overseas. I’m frustrated that the issue of reducing gun violence is so often portrayed as some sort of red vs. blue political debate forcing people to choose an all or nothing side, when the truth is most Americans are fed up and want some form of action. I decided to go to the first March for Our Lives meeting. I heard a group of students were leading the effort and I wanted to go and see for myself what they were up to. I also figured people showing up was a way of showing that we care for these kids. I figured it was the least I could do as an adult participant in the society/system that is failing these kids. The students (from schools all over San Diego) started the meeting by introducing themselves and each explaining why they wanted to march. I was expecting a bunch of awkward, not well thought out comments (I don’t know a lot of teenagers). I was WRONG to think that. These kids blew me away. They were thoughtful, well spoken, well informed, and extremely organized, both in their thoughts and the way they ran their meeting. What they said both broke my heart and gave me hope for the future. I felt really proud of them, and I didn’t even know any of them. I was not at all like these kids when I was young. Although, I also never had to carry the burden of knowing people my age were being killed in school. I left that meeting feeling committed to do whatever I could do to keep pushing the agenda of reducing gun violence forward. Marching is one way of doing that. Writing my elected officials, showing up at school board meetings, volunteering, the way I vote, encouraging other people to vote, continuing dialog, not giving up so easily … These are all things we can do, and I’ve decided to do them all.” 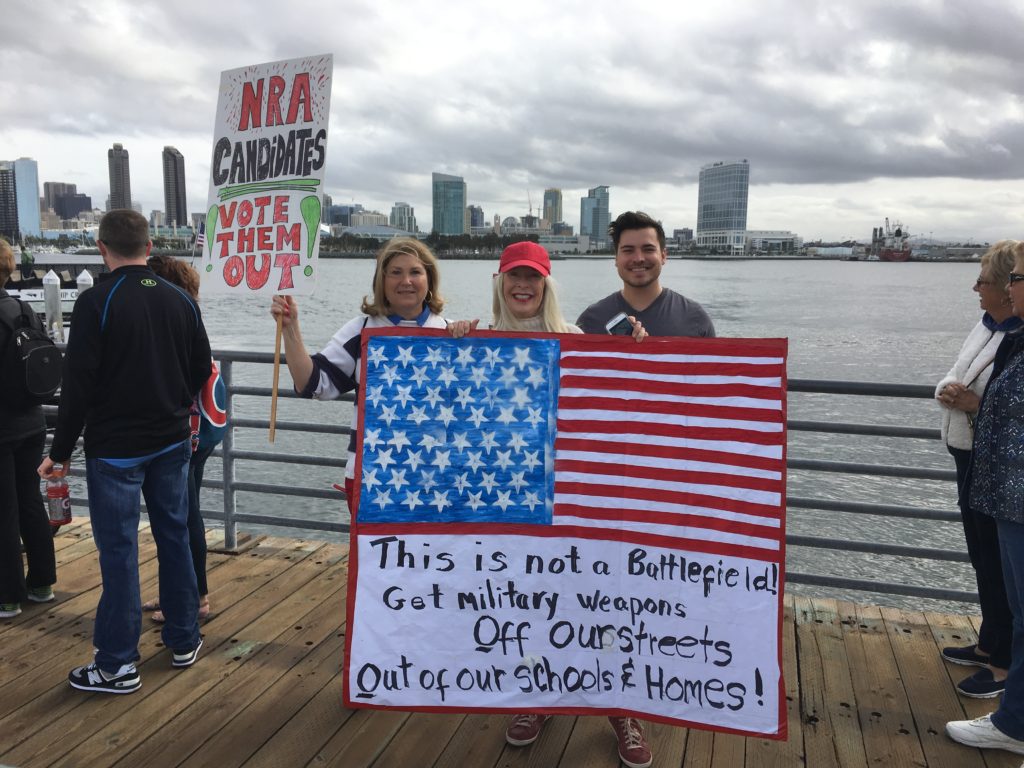 Christ Church members, Mary Taylor and Carol Hopkins, shared that they were marching “to support the kids and that we need to take the power back from the NRA.”

Fifth-grader, Katie Moreno said she, her Mom and her sisters were marching because she “wants to be safer in our schools.” Freshman student, Sadie Coburn, told me she “is marching for every kid,” and “no one should be scared in school and guns should not be so easily accessible.” Her classmate, Sophia Mills added, “every kid should feel safe in our schools.”

Bernie and Danielle Zavala along with their small children took the ferry to march because they can’t bear seeing any more kids killed in schools. They recalled Sandy Hook as did Heames. Danielle added, “there is a test to get a driver’s license, why not one to get a gun?” 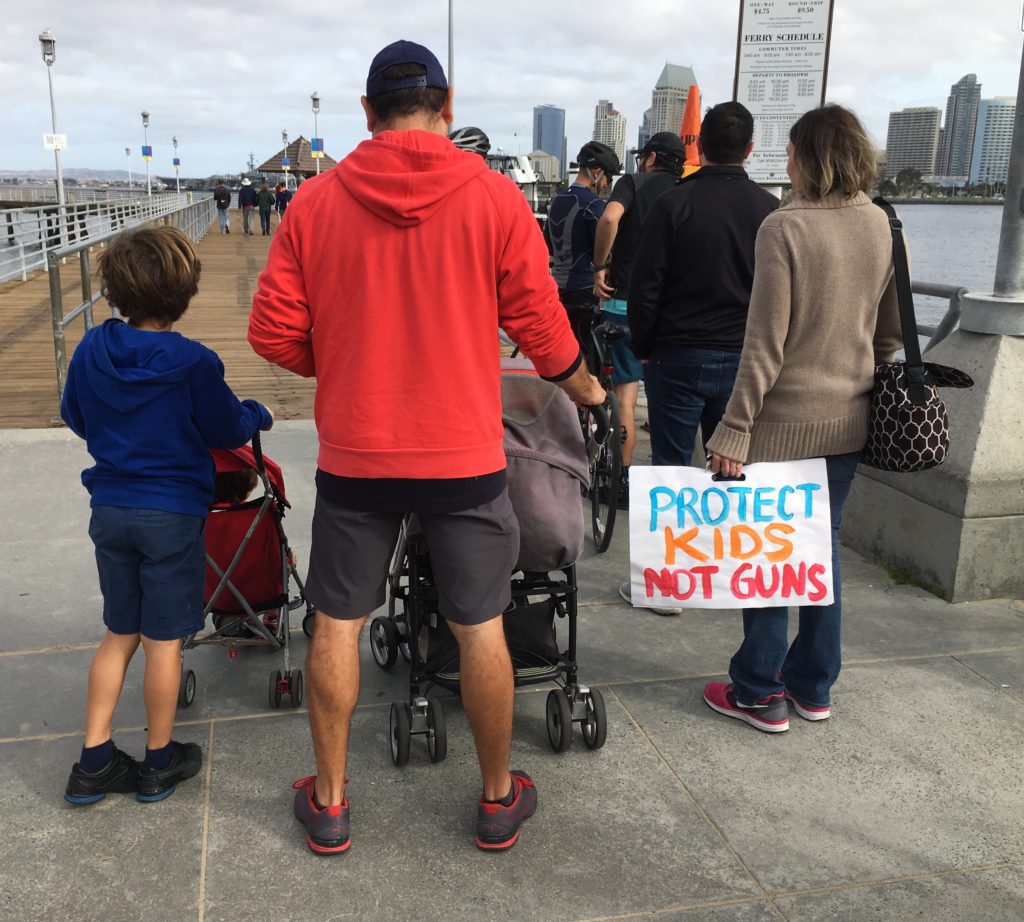 Since I have marched in two Women’s Marches and in the MLK Jr. Parade in San Diego, I did ask a couple other moms if they were concerned about the safety of this march, as I was, given that it specifically revolved around guns. The responses ranged from “not at all” to “yes, but it has to be done.” There are some very courageous and passionate Coronadans of all ages willing to march and speak out for what they believe in and on behalf of future generations. There were no reported incidents and another peaceful march is in the books for San Diego.

We invite you to take just three minutes... turn off the tv, gather your family, and experience an 11 year old Coronado boy giving...
Read more
People

Quarantined in Coronado: Stories from Our Readers in #Quaronado

Beautiful Gardens. Even though homefront judging & the flower show have been cancelled, it doesn’t mean we can’t have beautiful gardens! Plant some flowers...
Read more
People

Quarantined in Coronado: Excerpts from a Glorietta Diary

By Diane Sorota February 12, 2020 Day by day awareness arrived, slowly at first and then all at once. After a round trip to Hillcrest’s...
Read more
Community

Quarantined in Coronado: How Does a Teenager Shelter in Place?

Readers are contacting us to share how they are surviving "Quaronado" (portmanteau that we first saw in use by Blue Bridge Hospitality)Bear Hunt /...
Read more