Now Playing at Coronado Playhouse: Vanya and Sonia and Masha and Spike 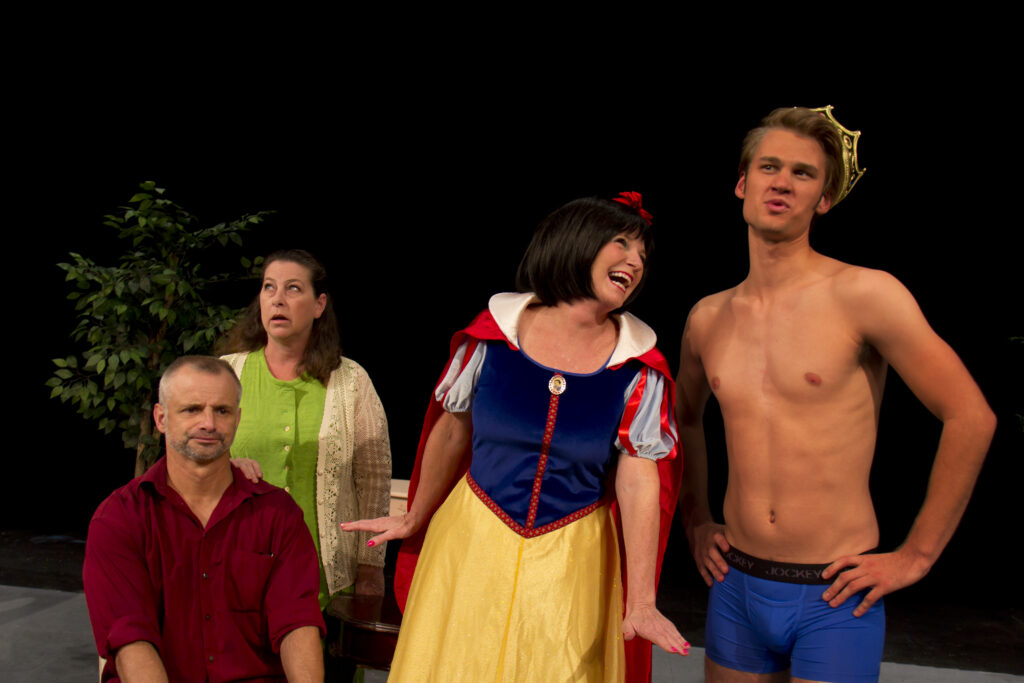 What’s in a name? Plenty, when you come from a dysfunctional family of siblings named after some of Anton Chekhov’s most complicated characters. Vanya and Sonia and Masha and Spike is the hilarious 2013 Tony Award winning comedy by Christopher Durang that tells a story of rivalry, regret, lust and love. The setting is a weekend in the country when the middle aged Vanya and his sister, Sonia, get a surprise visit from their aging movie star sibling, Masha, and her twenty-something boy toy, Spike. Calamity ensues with a family feud that also includes a sassy soothsaying housekeeper with some resentments and voodoo practicing habits along with a young star struck want-to-be actress. New York Newsday calls Vanya and Sonia and Masha and Spike “one of the funniest comedies Broadway has seen in seasons.” There is strong adult language and content.

During the six-week run of performances November 13-December 20, 2015, Coronado Playhouse, the Community’s Theatre, is raising money and awareness for Big Brothers Big Sisters of San Diego County. While Vanya and Sonia and Masha and Spike takes a comical look at family flaws, the Big Brothers Big Sisters organization provides children facing adversity with mentors who guide them in building healthier relationships, reaching educational success and increasing their self-confidence. Coronado Playhouse will hold a volunteer drive to recruit potential Big Brothers and Big Sisters especially targeting mentors for children of active military members stationed in Coronado. Go to www.SDBigs.org for requirements to volunteer and other ways to help. We will have an information table in the theater to learn more about supporting this established organization that for more than 50 years has promoted the belief that every child has the ability to succeed and thrive in life.

Other Vanya and Sonia and Masha and Spike special events include:

OUT Night at Coronado Playhouse for theatre lovers in the LGBT community and open to all will be Thursday, November 19th. The pre-show mixer begins at 6:30 p.m. The $25 ticket price includes complimentary beer and wine, cocktail specials and admission to the show.

Vanya Happy Hour Friday, November 27th there is more pre-show fun with food! Show tickets are $25 with a $10 added price per person for a buffet of hot and cold appetizers and drink specials from 6:30 p.m.-7:30 p.m. Curtain is at 8 p.m.

(no performance on Thanksgiving, November 26th)