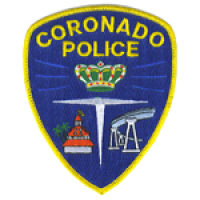 Malicious Mischief/Vandals – Misdemeanor
Unknown suspect(s) intentionally scratched the side of the victim’s vehicle.
900 block of Sixth Street
10/25 to 10/26

Trespassing
Unknown male and female entered a school administrators office and set off a silent alarm.
600 block of Sixth Street
11/15

Impersonate to Get Money – Felony
The victim responded to a Craig’s List ad for a rental house. The victim and a subject made an arrangement for the victim to rent the subject’s San Diego home. The victim sent $1350 for rent and down payment, only to be asked for more money. The victim contacted police, believing the ad was a scam.
300 block of Glorietta Place
10/26 – 11/11

Malicious Mischief/Vandalism – Misdemeanor
Unknown subject used an unknown object to etch graffiti into the glass surface of a mirror in the men’s public restroom of the main portion of the Coronado Public Library without being detected.
600 block of Orange Avenue
11/18

Burglary/Second Degree
An unknown suspect removed the victim’s walled (ID insert), including the victim’s driver’s license and credit cards, from a storage locker in the spa area of a hotel. $20 estimated loss
800 block of Orange Avenue
11/15

Burglary/Second Degree
Unknown suspect(s) entered the Crown View Medical offices through an unlocked door between 5:30 p.m. on 11/14 and 4:30 a.m. on 11/16. Once inside, the suspect stole four laptop computers, two computer monitors, a laser printer, a cash box with $2, a blue skateboard, and an unknown number of prescription samples. $5,500 estimated loss.
100 block of C Avenue (Crown View Medical Center)
11/14 – 11/16

Petty Theft
The victim’s debit and credit cards were stolen from her purse while she was working at a Peohe’s restaurant.
1200 block of First Street
11/7

Petty Theft
The victim reported her bicycle, which was locked to a bicycle rack with a combination lock, was stolen.
600 block of D Avenue (Coronado High School)
11/15 – 11/16

Petty Theft
The victim’s unlocked bicycle was reported stolen from the porch of a residence. $400 estimated loss
900 block of Bay Circle
11/13 to 11/14 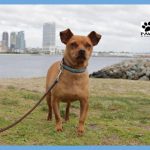 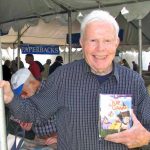