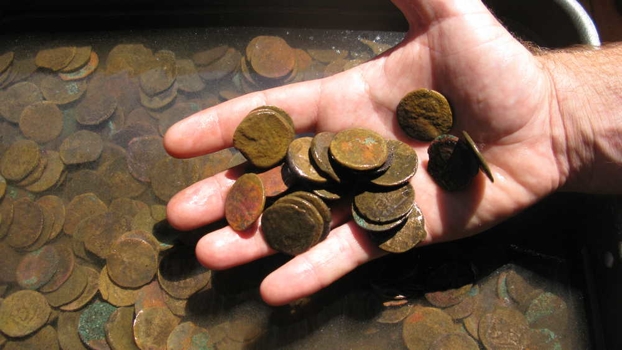 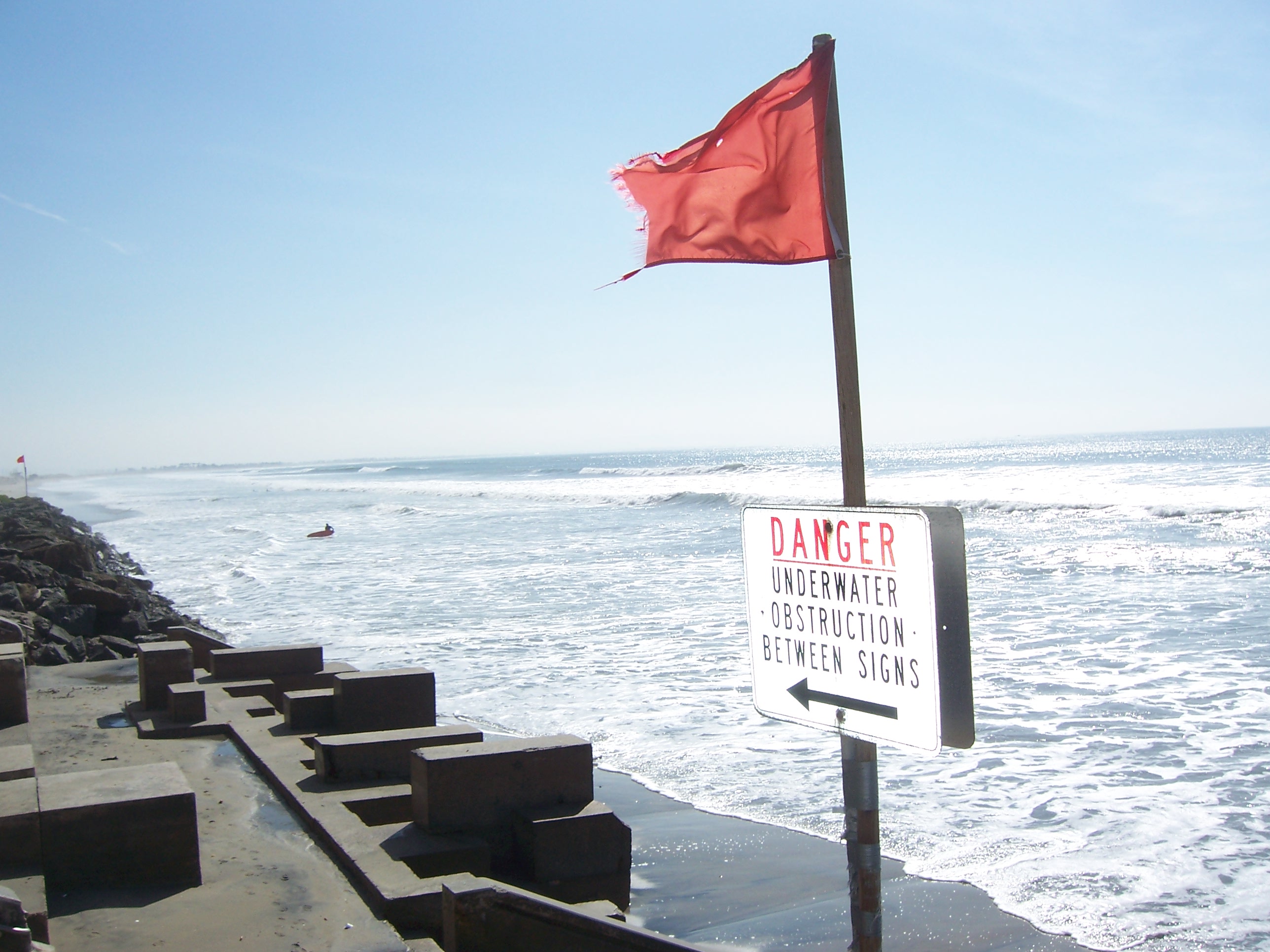 A sign warns swimmers and surfers to beware of the ship wreckage that lies just below the water in front of the Coronado Shores. 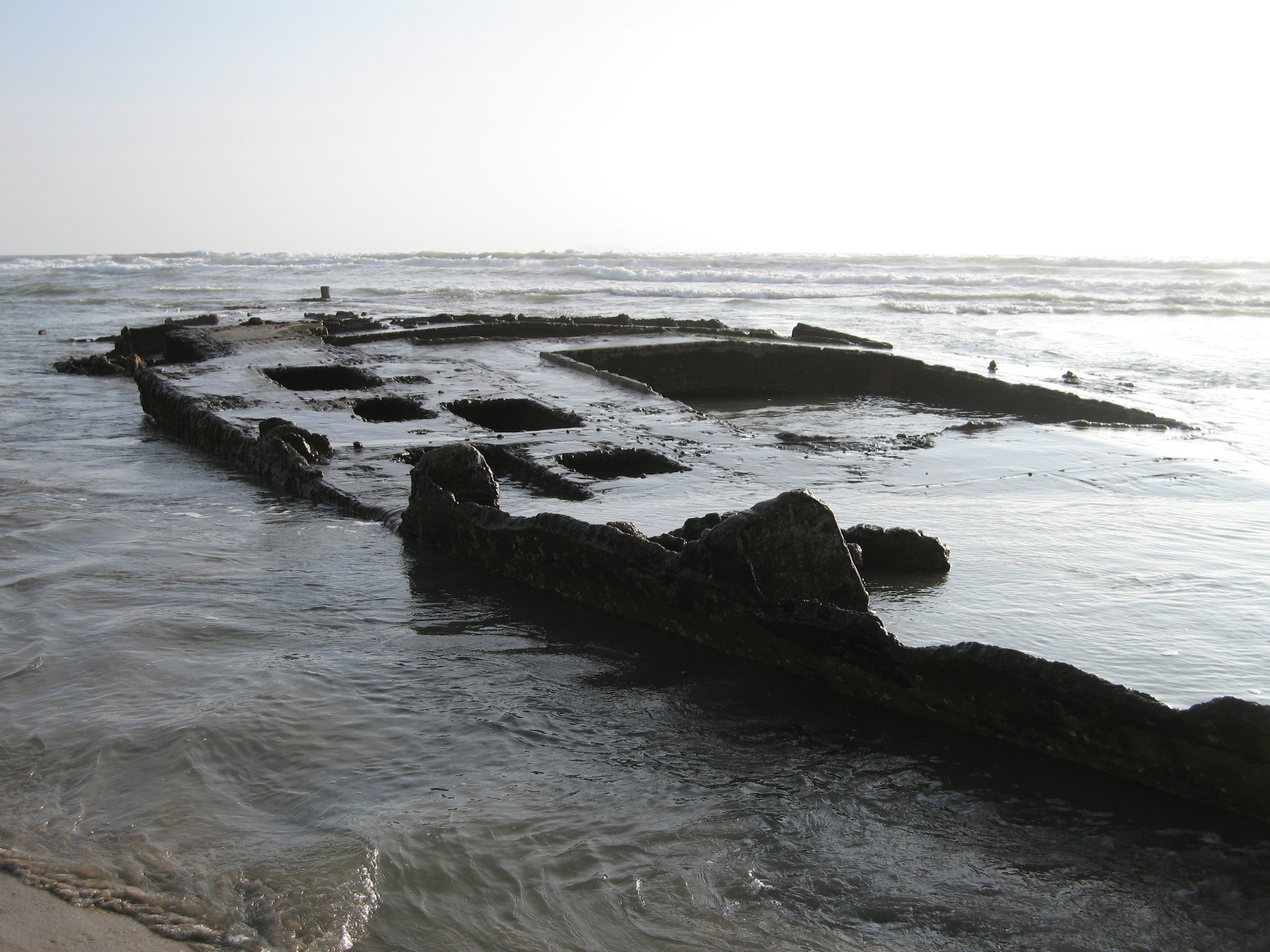 Note the multiple square holes made by the Florida-based scavenger crew hired by Bruce Johnson.

Early this morning, Coronado’s Bruce Johnson (photo below) was able to recover roughly $410,00 in silver slot-machine coins from the S.S. Monte Carlo from it’s partially, sand-submerged position on Coronado Beach near the Coronado Shores. Yes, you read that correctly, $410,000 in silver coins from a ship that has been beached for over 75 years – completely out in the open. A combination of heavy winter storms, extremely low tides and a Florida-based scavenger service proved to be a perfect storm for one very pleased Coronado local. 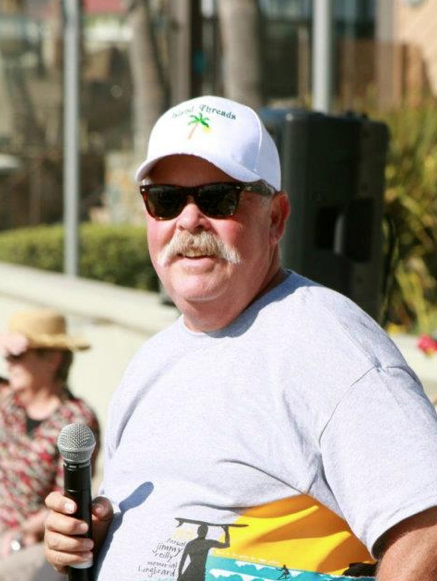 Bruce Johnson shared that he has been planning this ‘heist’ ever since he was a boy and had been plotting for years to figure out a way to gain access to the innards of this corroded vessel – physically and legally.

Bruce said, “Being born here in Coronado, I grew up listening to stories about all the rumored loot that was trapped inside the Monte Carlo after it sank back in 1936. About two years ago, I made contact with a Florida Keys scavenger crew and we planned the ‘attack’. Once we were able to pinpoint the strongest ‘metal/silver signal’ using a customized LOL (Low Oceanic Locator), it was as easy as cracking a concrete egg!”.

Just after midnight (Sunday morning) following another storm, Bruce and his ‘hired help’ made their way to the vessel at low tide and started attacking the weakest part of the hull. It took them about two hours to locate the silver and three hours to extract it. By 6am, a crowd started to gather on the beach and the first pile of coins were removed. Bruce’s security personal took the silver to a vehicle at the Coronado Shores and kept is closely guarded. Coronado Police arrived at the scene just as the last load of silver was brought out.

Under maritime salvage laws, Bruce has the right to anything recovered since the original owners of the boat are no longer living and no one else has ever tried to remove or reclaim the ship.

Bruce has no immediate plans on where to spend the money, however, he has always wanted to buy a boat. Perhaps a fitting name for Bruce’s boat would be the S.S. Moolah Carlo or the Lirpa Sloof.

History of the S.S. Monte Carlo

On December, 31, 1936, the S.S. Monte Carlo (a 300ft gambling ship) broke free from it’s anchor lines during a storm and the ship ran aground just south of the Hotel del Coronado. It was a concrete-hulled ship that was originally launched as the McKittrick from Wilmington North Carolina in 1921. In 1936, the S.S. Monte Carlo was anchored three miles off of Point Loma (international waters) where the patrons were interested in just three things: dice, drinks and dolls.

When the ship ran aground, no one was hurt, but it quickly took on water, sand and beached itself in a position that made it impossible to move. Over the years Coronado city workers have gone out to the vessel and trimmed off sharp areas in an effort to minimize swimming or surfing injuries. 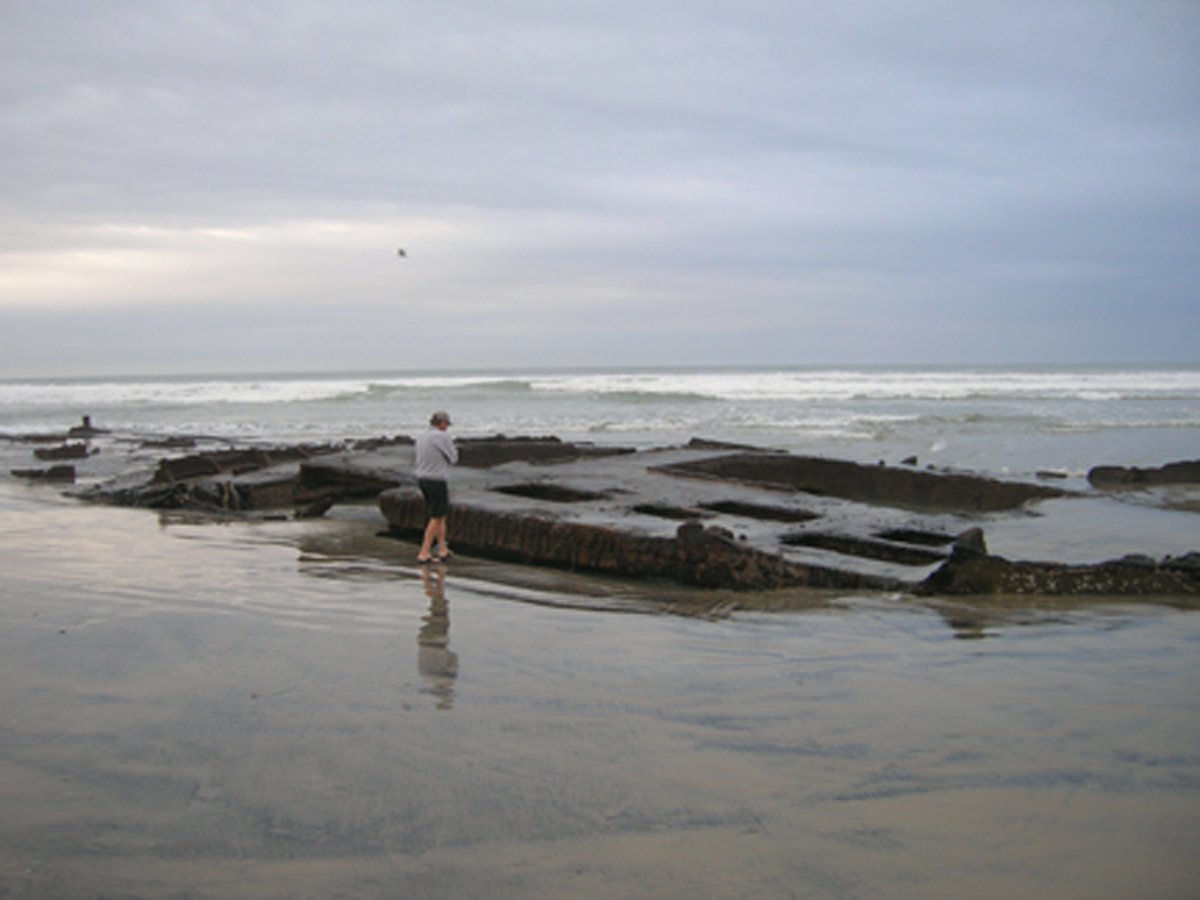 An onlooker goes in for a closer look at the S.S. Monte Carlo.

History Abounds in Coronado, Beginning with a Quest on the 9th & Alameda Street Lamps