Lamb’s Players Theatre has announced another extension, now through August 28, 2022, of their production of “Million Dollar Quartet.” 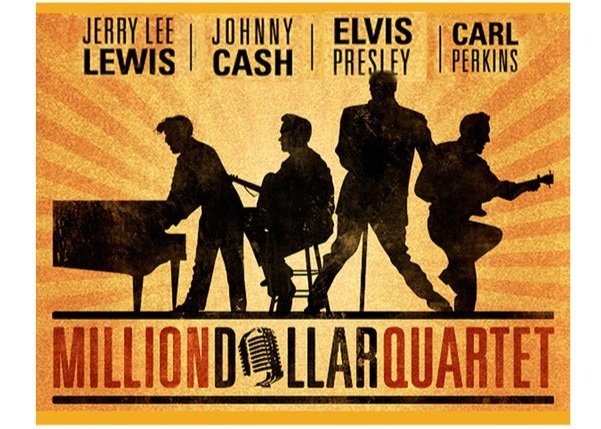 On December 4, 1956 these four musical legends met at Sam Phillips’ Sun Records studio in Memphis to share songs and record together for the first and only time. This smash musical hit is a fascinating look at that night and how they and their music would change American culture forever.

Tickets range from $24 to $92, depending on the seating section and the day of the week.

Discounts are available for Seniors (66+) and Veterans.

LAMB’S has presented a calendar-year Season year-round, since it opened its first resident stage in 1978, an intimate theatre-in-the-round in National City. The company spent 17 Season there, steadily building a growing county-wide audience. LAMB’S became the region’s third largest theatre company (after the Old Globe and the La Jolla Playhouse) following the move of its resident theatre to Coronado in 1994.