Event to Take Place in Stadium 2 on March 8 at 7:30pm; All Tickets $25; Proceeds to Benefit Local Women’s Organizations on International Women’s Day

Former World No. 1 and 2018 BNP Paribas Open champion Naomi Osaka will headline the 2022 Eisenhower Cup – a one-night Tie Break Tens event to take place Tuesday, March 8 under the lights of Stadium 2 at the Indian Wells Tennis Garden. The Eisenhower Cup returns to the Indian Wells Tennis Garden after a successful debut in 2019. This year’s iteration of the event will take place on International Women’s Day and will feature many of the biggest names on the WTA Tour.

“We are thrilled that The Eisenhower Cup will return to serve as a kickoff to the BNP Paribas Open and raise funds for such a worthwhile cause,” said Tommy Haas, BNP Paribas Open Tournament Director. “Tennis fans will get to see the brightest stars of the WTA Tour in action during this unique and fun event, and we thank all of these incredible players for their participation. What a perfect way to welcome everyone to another year in Tennis Paradise.”

The fast-paced, innovative Tie Break Tens format consists of first to ten-point tie break matches. The event will be an eight-player single elimination draw, with a total of seven matches being held during the course of the evening.

The Eisenhower Cup will begin at 7:30 p.m. and all tickets will be $25. All ticket proceeds from the event will benefit local women’s charitable organizations. Tickets to the Eisenhower Cup are now on-sale at bnpparibasopen.com/eisenhower-cup.

Tie Break Tens is a quick-fire version of tennis that anyone can play. Unlike conventional tennis matches, Tie Break Tens matches are comprised solely of tie breaks – no games, no sets, just exhilarating ten- point breakers in which every point counts.

Tie Break Tens launched their grass roots initiatives in 2018, TB10 Challenger & TB10 Play with the key aim of driving participation in tennis by encouraging people to get out there and play. So far tournaments have been run throughout the UK and also across New York City, giving thousands of kids the opportunity to pick up a racket and try out the format. For more information, please visit www.tiebreaktens.com

About the BNP Paribas Open

The BNP Paribas Open is the largest ATP Tour and WTA combined two-week event in the world and is held annually at the Indian Wells Tennis Garden. The tournament offers more than $15 million in prize money and is the only event to provide the Hawk-Eye line challenge system on all match courts, including qualifying rounds. For more information, visit bnpparibasopen.com. 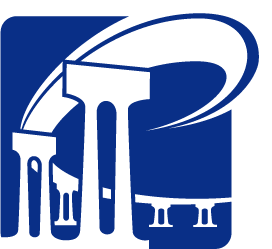 Holiday Gift for All Our Coronado Friends