CSF Back to Prom Gala & Benefit Auction a Huge Success!

There was glitz, glamour, streamers and a whole lot of sequins at CSF’s Back to Prom themed event, held at the Hotel del Coronado on Saturday, October 23rd. Whether you were there to flashback to the ’80s, get groovy like the ’70s or bee-bop to the ’60s, the 2021 Coronado Schools Foundation Gala and Benefit Auction, co-chaired by Donna Salof & Alexis Reitmeyer, did not disappoint! Guests brought their dancing shoes and generously raised their paddles for CSF’s record night of fundraising with a total revenue of over $400,000!

“Wow! CSF staff and Board of Directors were truly blown away by the generosity of our local businesses, both old and new,” said Leanne Anderson, Individual Giving Officer for CSF. “It was a very emotional evening watching business owners, parents, alumni, and community members support our Coronado students. We can’t thank you enough!”

Guests were welcomed with corsages and boutonnieres to a scenic sunset reception on the Vista Walk before making their way to the Grand Ballroom, where they were transported back in time to Proms of years past. Photo booth backdrops, flowers in shades of red and pink plus balloon arches and crowns decorated the event and helped the nostalgia begin. A three-course Prom-inspired meal, created especially for the evening by the Hotel del’s culinary team, even included a sparkling cheesecake.

Alan Kinzel wowed guests by hosting an ice sculpture punch bowl full of brightly colored signature cocktails. Ken Morris played Emcee for the Dance Competition, narrowly won by Charles and Carolina Nelson. Thrasher Pest Control presented the Live Auction, which brought in record revenue and Clarke Construction hosted the “Get Lucky” Balloon Game, where owner Kristen Clarke had fun choosing the five winners, one winning a Tiffany bracelet worth $3,500! Guests even had the chance to “Spin the Bottle” in the back of the ballroom for the chance to win Prom-themed prizes, sponsored by IVT Yacht Sales. Guests took their Prom song to the dance floor, dancing to hits across the decades with the Encore Entertainment Band, sponsored by The Clements Group and The Henry.

Pacific Western Bank returned to once again sponsor the Raise Your Paddle portion of the evening, where Robert T. Plumb, Trustee of Vivien Nelson Foundation donated $35,000, the largest single donation at a CSF Gala to date. The outpouring of support throughout the evening to fund the STEM and Arts programs at our public schools was truly incredible.

Mary Jo Morgan returned to host the Annual Online Auction for the 8th year in a row, which included over 150 packages with gift cards, classes, memberships and unique items from generous donors. The bidding was fierce, ending on Monday night at 9:00pm. Winners can pick up items from 8:30am to 4:30pm Monday through Friday at the CSF office 201 Sixth Street.

To support local public schools through the Coronado Schools Foundation, please visit csfkids.org or call Leanne Anderson, Individual Giving Officer, at 619-437-8059, ext. 1. Donations are tax deductible to the full extent of the law. 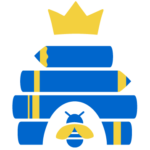 Don’t Miss the First Ever Coronado Art & Wine Festival on May 21st !