On Thursday, May 20, the CHS boys’ and girls’ track teams wrapped up their season with the final league cluster meet at Crawford High School. The three teams involved were Coronado, Christian, and Crawford. The meet was the last chance to establish marks for entry into the league finals this Friday (28 May) at Serra High School. In the girls’ sprints, Lindsey Balsley placed third in the 100 with 13.77, followed by Caroline Cole (6th), Maya Voltin (7th), and Skyler Smith (8th). In the 200, Voltin was 5th, Smith 6th, and Cole 7th. Claire Cook doubled with wins in the 400 (63.09) and 300 hurdles (51.22).  Balsley, running the 300 hurdles for the first time, placed second behind Cook with 53.84, followed by Jasmine Chaney in third. Balsley also won both the 100 hurdles and the long jump.

In the distance events, Abby Hundley placed second in both the 1600 and 800 behind Christian’s speedy Alaina Zamorano. Abby’s time of 5:16.18 was a seasonal best. Zamorano also won the 3200, with Coronado’s Lily Clemons placing second. In the throws, Tatum Wade was second in both the shot put and discus.

In the boys’ meet, John Cook won both the 110 and 300 hurdles, with Jack Delcore placing second in both events. Noah Dizon was third in the 100 hurdles. Delcore also won the triple jump with 36-1 after learning the event two days before the meet.

In the 100-meter dash, Zane Delcore placed third in 11.65, followed by Race Schwartz and Spencer Williams. Delcore also won the long jump with 20 feet one inch with Schwartz 5th and Williams 6th. Schwartz was third in the 200, followed by Luca Durocher and Jackson Garrett. Aiden Baumann led the boys’ distance crew, placing 5th in the 1600 meter run with 5:04, followed by Micah Arnott, Gio Navarro, Jack Shumaker, and Baxter Simpson. Baumann also placed third in the 800, with Baumann the only boy running in the 3200. In the throws, Jack Weisbrod placed 2nd in the shot put with Zane Delcore 3rd and Asa Valdivia 6th. Weisbrod was 3rd in the discus, with Valdivia placing 4th. 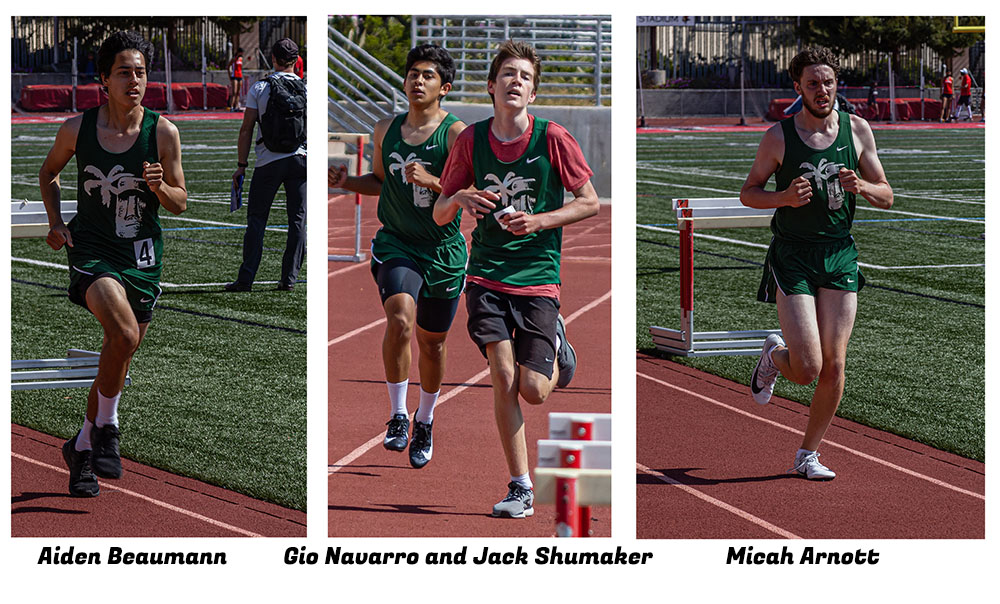 The league final will be a merged event held at Serra High School with our League (City) and the Eastern League competing in merged events for more competition and a better chance to advance to the CIF prelims. The Western League will have their finals on the same day at University City. Although the City/Eastern events will be merged, the results will be parsed out by league. All of the Coronado girls and most of the boys have qualified for the league finals.

To advance to the CIF prelims on June 5th, an athlete must either be the league champion in his event or achieve a CIF qualification standard by mark. He can also qualify by mark if he is among the top 18 competitors within his CIF Division. The CIF prelims for our Division (D-III) will be held at Valley Center this season.

With smaller rosters and relaxed group restrictions, many coaches have combined their meets with other schools for more competition. Such was the case last...
Read more
Sports

CHS Track Back in Action after Long Layoff

We had our first track meet of the season on Saturday, April 17 and our first league meet in nearly two years with Crawford...
Read more
Advertisement
Sponsored Partner Links