GEM Award Winner to be Announced at CHA’s Preservation Symposium!

Each year, the Coronado Historical Association’s GEM Committee considers historic homes and properties that have been nominated by CHA’s membership and the Coronado community for Going the Extra Mile to restore a historic home.

These are Coronado’s GEMs. These owners truly Go the Extra Mile!

CHA has been congratulating and featuring all the nominees—and celebrating Coronado’s history—over the past weeks, culminating with the announcement of the 2021 winner at the Preservation Symposium!

May is National Preservation Month. Communities all around the country are celebrating their unique heritage. Join the Historical Association, the City of Coronado, and Coronado MainStreet in celebrating preservation in Coronado! This year’s free Historic Preservation Symposium will be held virtually on Thursday, May 20, 2021, 5:30pm. 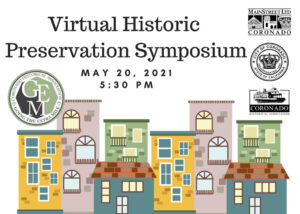 There are two ways to watch this year’s Preservation Symposium: 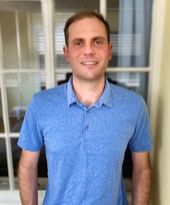 Prior to joining the National Park Service, Scott served as the Department of the Navy’s chief technical expert on architectural history and historic preservation. He also previously worked as a historic architect at Joint Base Pearl Harbor-Hickam and as a designer at various architectural firms in Canada and the United Kingdom. A Secretary of the Interior-qualified historian and architect, he received his Bachelor of Arts in History from UCLA and Master of Architecture from the University of Toronto. Though currently living in Washington DC, Scott grew up in Coronado and graduated from Coronado High School.