The Islander track team traveled to Kearny High School for our second cluster meet of the season. The three schools involved were Coronado, Clairemont, and Kearny. As with our first meet, the fields were small, and all the coaches had to pitch in to run the meet. Coronado’s main contribution to the event was through the Optimist Club, who timed the meet. An ace team of Lee and Sue Cargill, Dan Hendrickson, and Jim Callaway provided electronic timing with manual backup by track parent Amy Youngblood. Our throws coach, John Downey, served double duty of coaching our throwers and helping to officiate the events.

In regular times, this is unheard of, but these aren’t usual times. Our girls did exceptionally well in the running events by placing first in every individual running event except the 3200-meter run. Freshman Lindsey Balsley won both the 100-meter dash in 13.76 and the 100-meter hurdles. She also placed second in the long jump with a leap of 15 feet 10 inches.

Caroline Cole, Maya Voltin, and Skyler Smith placed third through fifth in the 100-meter dash, with Smith placing third in the 100 hurdles. Freshman Claire Cook won both the 200-meter dash and the 400-meter run with times of 28.14 and 62.68. Freshman Madison Parma was second in the 400, with Voltin and Cole placing fifth and sixth in the 200.

Abigail Hundley cruised to an easy win in the 1600-meter run with a time of 5:27. Jasmine Chaney won the 300-meter hurdles by over two seconds in 57.51. Lily Clemons finished second in the 3200 in 13:06.8, so she’s coming around to her pre-pandemic fitness. The quality event of the day was Clairemont’s Gioia Ternasky and Coronado’s Sofia Van Arsdale going head-to-head in the girls’ 800-meter run. Van Arsdale took the lead from the start and went through the 400 a bit too fast in around 65 seconds. Ternasky closed, but at the end, Van Arsdale pulled away with a time of 2:22.39 to Ternasky’s 2:23.37. At this point, these are the fifth and sixth-best times of the season for San Diego County.

Race Schwartz placed second in both the 100-meter and 200-meter dashes with times of 12.17 and 26.46. In the latter race, Spencer Williams placed fourth and Noah Dizon seventh. In the 200, Luca Durocher placed sixth and Jackson Garrett seventh.

Fresh out of football, freshman Jack Delcore showed versatility by winning the 110-meter hurdles in 17.94 and the Long Jump with 17’-8”. He also placed third in the discus and fifth in the shot-put.

In the hurdle race, Dizon was second; in the long jump, Williams was second, and Schwartz was third. Jack Weisbrod placed second in both the shot-put and discus. In the shot-put, Michael Cordell was third and Asa Valdivia fourth. Valdivia and Cordell also placed fourth and fifth in the discus.

We have a three-week training break until our next meet, which will be with Lincoln and Madison at Madison on 13 May. You can see all of our results with lots of photos on our website, IslanderTrack.com. 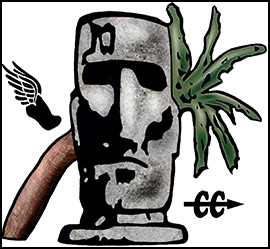 If you haven’t been paying attention to the 2021 Islanders girls' soccer team, it may be time to tune in. The girls in green...
Read more
Sports

Salute to the CHS Boys Soccer Class of 2021 Seniors

Girls GolfLast week, the girls golf team played their final two league matches of the season. On Monday, April 26, they squared off against...
Read more

For the past four weeks, the CHS cross country team has been competing in dual meets with other schools in the Western Division of...
Read more
Sports