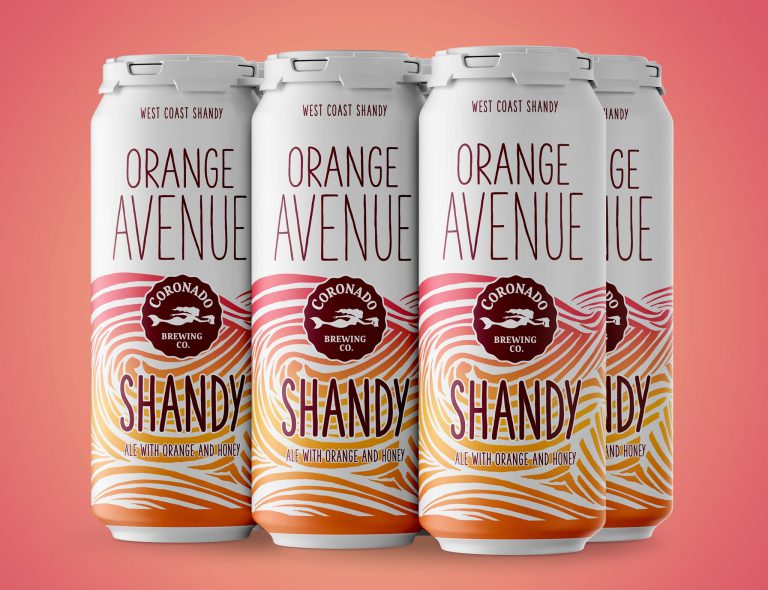 Coronado Brewing Company kicks off its loaded 2021 release schedule with a brand-new innovative ale, Orange Avenue Shandy. Fans of Coronado Brewing will recognize the ode to the company’s original Orange Ave Wit; however, this Shandy is anything but classic. It’s a super juicy, tart-with-a-hint-of-sweet Shandy that is the perfect value addition to an already stacked 2021 Coronado Brewing lineup.

At 4.2% ABV, Orange Ave Shandy is a refreshing, lower alcohol wheat ale brewed with 2-row malt, wheat, and flaked oats for extra body. Juicy orange and honey support the beer’s amazingly juicy mouthfeel with just a hint of sweetness on the back end. “We wanted to brew a Shandy that featured the best aspects of our original coastal classic, Orange Ave Wit, while still creating a completely unique beer that was tremendously juicy and slightly tangy,” says Mark Theisen, Head Brewer, Coronado Brewing Company. “We also use London III yeast to accentuate the fruity esters and add a slight haze typical of wheat beers.”

The first release of Orange Ave Shandy will happen at the company’s three locations on Friday, January 8th and the company plans for a full-market launch by the end of the month. People are still craving innovation from their local brewers and we’re excited to offer something new for our fans.” says Clinton Smith, CCO, Coronado Brewing Company. “Our team, retail and distribution partners are very excited about this year-round offering, as we are coming in with innovation that is unique, offers value, and adds to the brand equity of Orange Ave. It’s the perfect release for a time when customers are craving something a little out-of-the-ordinary,” says Smith. 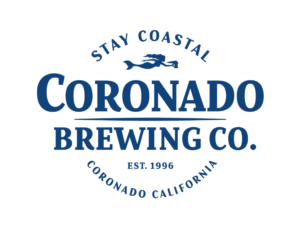 In 1996, when craft beer was still a foreign term and San Diego County was home to only a handful of breweries, the Chapman brothers Ron and Rick opened a brewpub in their hometown of Coronado. Today CBC stays true to its San Diego roots, brewing abundantly hoppy West Coast-style ales, which are available today in 14 US states and 12 countries. In addition to the long-established pub in Coronado, the company opened a tasting room inside its San Diego production facility in 2013, and a tasting room and restaurant in Imperial Beach, California in 2014. Coronado Brewing Company was honored in 2014 with one of the brewing industry’s most prestigious awards—World Beer Cup Champion Brewery and Brewmaster for a Mid-Size Brewing Company, and more recently, a bronze medal at the 2019 Great American Beer Festival for its Weekend Vibes IPA (American IPA category, 362 entries) and silver medal for its Freebooter Barleywine (Barley Wine-Style Ale category).

The URT warehouse has turned on us. Once a happy place with an insatiable appetite for inventory, that took any and all into its steely...
Read more
Business

Arguably one of the most popular New Year's resolutions is getting back into the gym. But what does that look like this year? A...
Read more
Business

Never before has a home desk for students been such an important piece of furniture than with this year's at home distance learning model...
Read more

By Liz Szabo, Kaiser Health NewsAs an emergency physician, Dr. Eugenia South was in the first group of people to receive a covid vaccine....
Read more
City of Coronado

https://youtu.be/pdN_f-685CMThe City and Sharp Coronado Hospital opened a vaccination site in Coronado this week. Find out where the site is and who can receive...
Read more
Community News

The push is on in the County of San Diego to vaccinate for COVID-19 as quickly as possible. With hospitals at critical care capacity,...
Read more
Advertisement
Advertise Here (Get Rates)