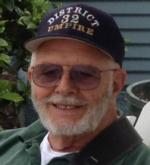 COVID-19 has inspired a variety of emotions and reactions in people worldwide, but did you know that in Coronado it has inspired a resident to write a song? Doug Weisbarth, 82-year old retired Navy Master Chief Petty Officer and Coronado Rotarian, has written “The World Stopped Turning” in May to relate his view of how the virus has impacted our world. His 100-year-old Aunt Betty gave him the idea. Some of the lyrics include:

This old world, it stopped turning, when the COVD virus hit;
All the people, worldwide, were all sent home to sit;
Shops and factories all closed down, no workers to be had;
Income stopped and bills came due, the situation – bad.

Weisbarth came to Coronado with the Navy in 1957. He had planned to be a Marine, but his father asked him two questions to help him choose the service to join: “Why walk when you can ride?” and “Would you rather operate the weapon system or be the weapon system?” Weisbarth’s Navy career spanned 22 years and like so many, he returned to Coronado when he retired. He then embarked on a 30-year, second career in the home maintenance repair business, Doug Weisbarth Service.

Joining Rotary in 1984 was a positive turning point in Weisbarth’s life, as he recognized that the members were like-minded in their commitment to good works and pursuit of worthy projects. In 1987, Weisbarth was honored to be chosen Rotarian of the Year.

Flags on the Avenue is one of Weisbarth’s important contributions to our quality of life in Coronado. His Rotary team places the flags on the Orange Avenue median in the morning on Flag Flying Days and takes them down in the afternoon, accompanied by patriotic march music.

Weisbarth is affectionately known as “Sheriff Doug” by Rotarians as he is the Sargent at Arms. His attendance team checks the attendance status of members at weekly Rotary meetings, conducted via ZOOM since the lockdown began.

Two of Weisbarth’s three children live in Coronado and the toys in his yard show evidence of frequent visits by grandchildren. He has lived in seven different houses in Coronado. He and his wife, Maidie, have been in the current house for eight years.

Along the way, Weisbarth learned to play the guitar, banjo, and ukulele. Since being locked down, he has sharpened his skills on the banjo. He and his 5-member band, The Rovers, perform the song on YouTube under the file name Doug Weisbarth. He has written 20 songs that are part of the band’s 200-song playlist.

The URL for the performance is https://www.youtube.com/watch?v=hmsyJLQQ6Vk&feature=youtu.be.

As we go about our day, we should keep in mind the chorus to the song:

Oh, shelter-in-place and wash your hands;
Please don’t touch your face;
Wear your mask & keep your distance;
When you go someplace. 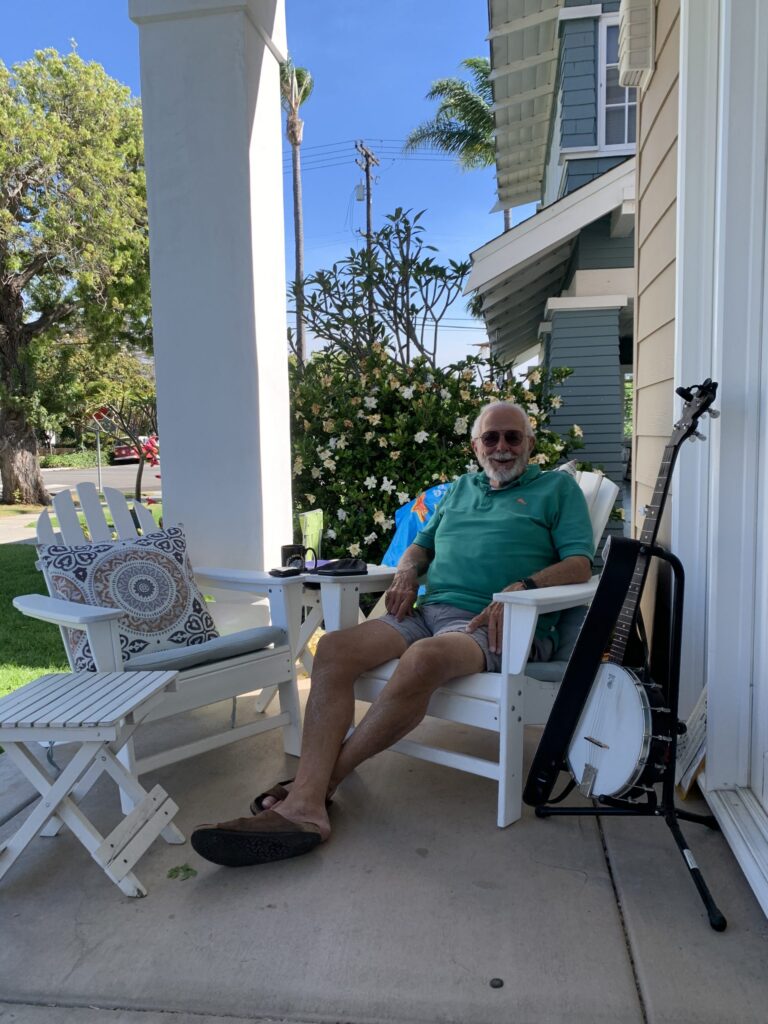