Rodney Scott first moved to Coronado in 1994 as a young USBP agent. Growing up in rural areas in Indiana and Arizona, he found the small town feel of Coronado very welcoming and peaceful. He and his wife, Tandee, moved away in 1997 due to job assignments in Arizona and D.C. In 2008, they moved back to Coronado along with their two daughters. Rodney noted that his daughters have been blessed to attend Coronado public schools.

The Coronado Times spoke with Rodney regarding his new position as Chief, U.S. Border Patrol and what he plans to accomplish. Below are his comments:

This selection is a great honor. As Chief of the U.S. Border Patrol, I will unapologetically promote the amazing work that our agents and professional staff do every day to protect this great nation. I will also continue to advocate for the border security model that has proven extremely effective here in the San Diego region.

I started my career with USBP at Imperial Beach Station in 1992. There were only about 4000 agents nationwide, relatively no border barriers anywhere and the border here in San Diego was in total chaos. Today, the international border between San Diego and Tijuana is more secure than at any time in history. At the same time our Ports of Entry are processing more legal trade and international travelers than ever before with shorter wait times. To see the broad benefits of secure borders, one needs to look no further than the expansion of businesses and new housing in and around San Ysidro that only occurred after law and order was restored to this border.

The border wall system is a vital part of our security model but the most critical component is people. The U.S. Border Patrol is comprised of over 21,500 agents and professional staff. Each one voluntarily stepped up and swore an oath to support and defend the Constitution of the United States of America. As Chief, I will work diligently to get these dedicated public servants the tools, resources and training required to safely complete the mission.

I think is important to note that the Chief, U.S. Border Patrol is a career federal law enforcement  position and is not a political appointee. As Chief, my loyalties are to the U.S. Constitution and the mission assigned by Congress to the U.S. Border Patrol. I will continue to carry out my duties in a non-partisan manner simply putting America first.

Coronado is a very special place and I will miss this community immensely.


The following is a Statement from Acting Commissioner Mark A. Morgan on the Selection of Rodney S. Scott as Chief, U.S. Border Patrol:

I am pleased to announce the selection of Rodney S. Scott as Chief, U.S. Border Patrol, U.S. Customs and Border Protection.

As a 27-year veteran of the Border Patrol, Chief Scott has earned the respect and admiration of agents, colleagues and partners alike. Chief Scott brings an exceptional depth and breadth of experience and knowledge about the border security mission and a commitment to service to the nation and the Border Patrol workforce.

Prior to his selection, Chief Scott led the men and women of San Diego Sector, one of the most diverse, complex, and challenging operational environments in the country, including 60 linear miles of border shared with Mexico and 931 miles of coastal border.

Chief Scott entered on duty with USBP in 1992. His first assignment was at the Imperial Beach Station in San Diego, California. Chief Scott has served in various leadership positions within USBP and CBP. He previously served as Chief Patrol Agent of the El Centro Sector; Deputy Chief Patrol Agent at San Diego Sector; Patrol Agent in Charge at the Brown Field Station in San Diego Sector; Assistant Chief in CBP’s Office of Anti-Terrorism in Washington, D.C.; and Director/Division Chief for the Incident Management and Operations Coordination Division at CBP Headquarters.

Chief Scott is the absolute embodiment of the U.S. Border Patrol’s motto, “Honor First,” and I am confident that under his leadership, the men and women of the Border Patrol will be well served, the laws of this nation will be enforced, and our borders will be secured. 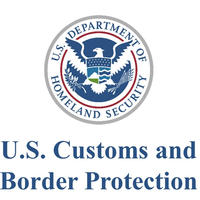 U.S. Customs and Border Protection is the unified border agency within the Department of Homeland Security charged with the management, control and protection of our nation’s borders at and between official ports of entry. CBP is charged with securing the borders of the United States while enforcing hundreds of laws and facilitating lawful trade and travel.