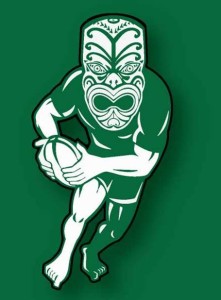 Last Saturday, the boys’ rugby team played Point Loma High School and ended with a solid win. Having initially been down in the game, Coronado’s “Monster Squad” had a particularly exceptional performance with strong runs and breaking multiple tackles.

The first try of the match went junior Ben Cahill, tying the game at 5-5. Although Point Loma converted another try, senior James Cook quickly made a run through their lineout defense, followed by another strong run by last year’s “Kraken” Cal Frank. Team Captain Sam Glauser made the try to go to 10-10. Point Loma would then commit a penalty, giving senior Adam Burke an opportunity for his first try as a rugby player. The half ended after this try at 15-10.

After an offensive-driven first half by both teams, the second half was predominantly defensive play. This was until freshman Harrison Bartell outsprinted the defense on the outside and completed the try to go up 20-10. The final score was 20-17, as Point Loma managed to score another try before the second half ended. “Coronado was dominant in scrums, lineouts and on defense making it nearly impossible for them to come back,” said Coach Trujillo.

The girls’ team played two games last Saturday, against Fallbrook and Valley Center. The first game, against Fallbrook, resulted in a tough loss at 0-39. “Fallbrook had a smart scrum-half, and in the game of sevens-rugby without adjustments, a single fast player can run up the score quickly,” commented Coach Trujillo. For the second match, against Valley Center, Coronado was able to make adjustments for a win. Senior Rose Ty scored an impressive three tries, in addition to Araceli Flores’ strong scrimmaging and another try. Strategy and on-time precision passing from Sasha Wong pushed the team forward in their first win of the season at 27-5.

Being a head football coach is hard enough. It requires immense patience, care, intelligence, and the ability to understand and work with many different...
Read more
Sports

With the ongoing pandemic, back to school will be very different this year. Students won’t be physically returning to school but middle school students...
Read more
Dining

The New Normal for Golfing During a Pandemic

The Coronado Golf Course, located at 2000 Visalia Row, along with the adjacent restaurant, Feast and Fareway, have both been impacted by the Coronavirus...
Read more
Business