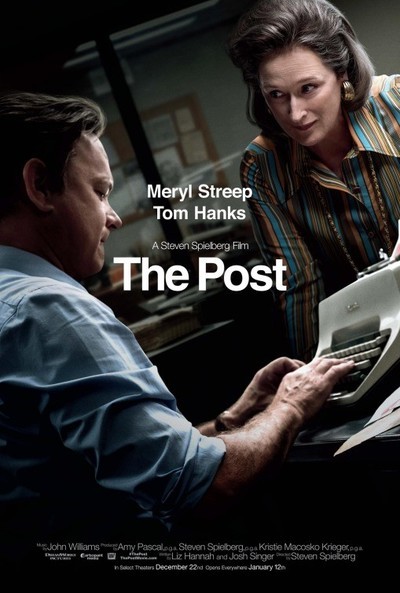 Meryl Streep. Tom Hanks. Steven Spielberg. Without even knowing the title of the movie or what it was about, if you told me those were the stars and director, I’d want to see it. The Post, based on the true story of The Washington Post’s 1971 exposé of Robert McNamara’s United States – Vietnam Relations, 1945–1967: A Study Prepared by the Department of Defense, which he commissioned in 1967, was both eye-opening as well as inspiring.

Having no prior knowledge about this particular historical event, this story fascinated me on multiple levels. As I watched The Post, I couldn’t help but draw parallels between how the White House, under President Nixon, tried to censor both The New York Times and The Washington Post back in the early ’70s and how our current administration has suggested on multiple occasions that “fake news” exists. Under the First Amendment, which grants freedom of the press, it is the media’s duty to report what citizens have the right to know as opposed to what the government wants them to know, and The Post drove home this point in a meaningful way.

Under multiple administrations, starting with President Truman, the United States’ relations with the country now known as Vietnam, was artfully skewed by politicians to give the allusion that our nation’s interests would best be served by involving itself in Vietnam’s political affairs. My own father served two tours of duty in Vietnam, and as The Post revealed how the United States government tried to hide its flawed policies and war strategies, I was left with a combination of disgust and mistrust. Meryl Streep portrays the then real-life owner and publisher of The Washington Post, Kay Graham. As Kay learns painful truths about the war that claimed so many of our nation’s young men, her conviction that the public had the right to know was tested as she weighed what was best for her newspaper’s future. 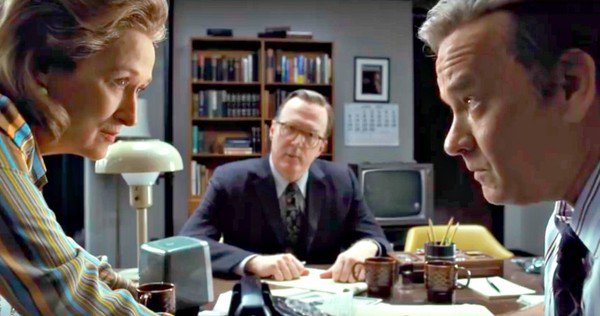 Tom Hanks’ portrayal of Ben Bradlee, the then Executive Editor of The Washington Post, was top notch. Bradlee was committed to the idea that censorship was a cancer, and was willing to risk his career and the possibility of going to prison to ensure that the truth wasn’t replaced with propaganda.

Although Streep and Hanks both delivered the performances I knew they would, it was Bob Odenkirk’s portrayal of reporter Ben Bagdikian that really impressed me the most. Without Bagdikian’s determination to uncover the truth, neither Kay Graham nor Ben Bradlee would have ever been put in the positions they found themselves in as they were forced to decide whether to publish findings from McNamara’s study.

Maybe I’m still on an emotional high after watching Oprah Winfrey’s stirring speech at this past weekend’s Golden Globe Awards, but I personally found Kay Graham’s transition from a widow, who reluctantly took over her family’s newspaper, to embracing her role as a true leader to be the biggest thrill of watching The Post. It honestly left me with goosebumps. It amazed me how the men who surrounded her felt that because they were males they deserved more of a say than she did in the running of her own company, and how she had to learn to use her voice to protect what was most important to her. At one point, my husband Mike playfully nudged me as I began to clap after Streep artfully delivered a poignant line where Graham asserted that she had the right to call the shots.

After the movie, Mike and I, along with practically everyone in attendance, clapped. Mike shared, “I was excited to see this movie, thinking I’d learn some history, which I did, but as I watched it, I couldn’t help but think how George Santayana’s quote, ‘Those who do not learn history are doomed to repeat it,’ is so poignant. Without getting too political, it’s disturbing how many parallels there are between what happened in the early ’70s and what’s happening today.” 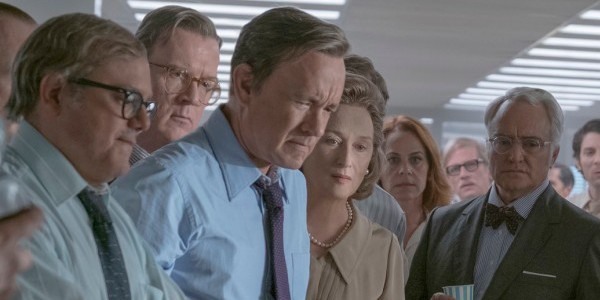 I don't know about you, but I love, love, love watching Fixer Upper on HGTV. There's something so absolutely serene about the homes that...
Read more
Business

The first thing most people notice about Coronado resident Stefan Freeman is . . . (you thought I was going to say that he's...
Read more
Movie Reviews

“The Shape of Water” – I Give It Two Fingers

Some of my movie reviews are written about films I've been dying to see, and then there are those that, based on their trailers,...
Read more
Advertisement
Advertise Here (Get Rates)