My Coronado Memory — ‘Summer Days at the Beach’

Summer Days at the Beach

I chose my parents wisely, so I could be born and raised in Coronado. My dad was a Navy Fighter Pilot. Growing up on the island was like being in Mayberry, except we had a beach. Summers were magical. School got out in early June for summer vacation and did not resume until after Labor Day which could be as late as the 2nd week in Sept.

We did not have summer programs like kids do today. My dad would be gone on deployment. We were masters of our freedom. I went to the beach every day. Every day seemed to last a lifetime. The summer seemed to last forever. My pals & I would start at sunrise fishing the rocks in front of the Hotel Del. Then later we would move down to center beach to ride rubber rafts in the surf and ogle all the pretty girls in bikinis. It was rare to see an umbrella on the beach in those days.

Later we would move down between Center and North into the rocks where our secret caves were. At night we would be at North Beach where we would dance around the fire rings in youthful jubilation. I took it all for granted.

But then winter arrived. No snow, snowballs, sledding or ice skating. Now I thought my parents were mean to make me live in Coronado Other USA kids were having fun. So I would get depressed and go to the beach and go surfing.

See all the memories that have been posted, and vote for your favorite. Orbetter yetpost your own, invite friends and family members to vote, and watch your memory rise in the standings. Which one will win the contest when it ends in October? Find more details at MyCoronadoMemory.com 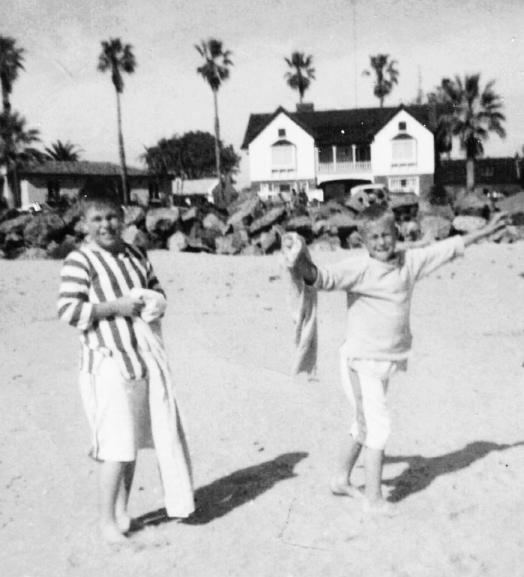 Notice anything different around town lately? If you've traveled down Orange near Tenth during the evening hours this past week, we hope you didn't...
Read more
History

Thank You Coronado! Hawaiian dancers, Coronado History and living Spreckels family members were just part of the fun for all those who attended the Coronado...
Read more
History

Have a treasure just waiting to be discovered? Wondering about Grandma's ring, or that antique chair you found at a garage...
Read more
Uncategorized

'Story of the San Salvador--Past & Present' Ray Ashley, Executive Director of the Maritime Museum of San Diego, will discuss the...
Read more
Uncategorized