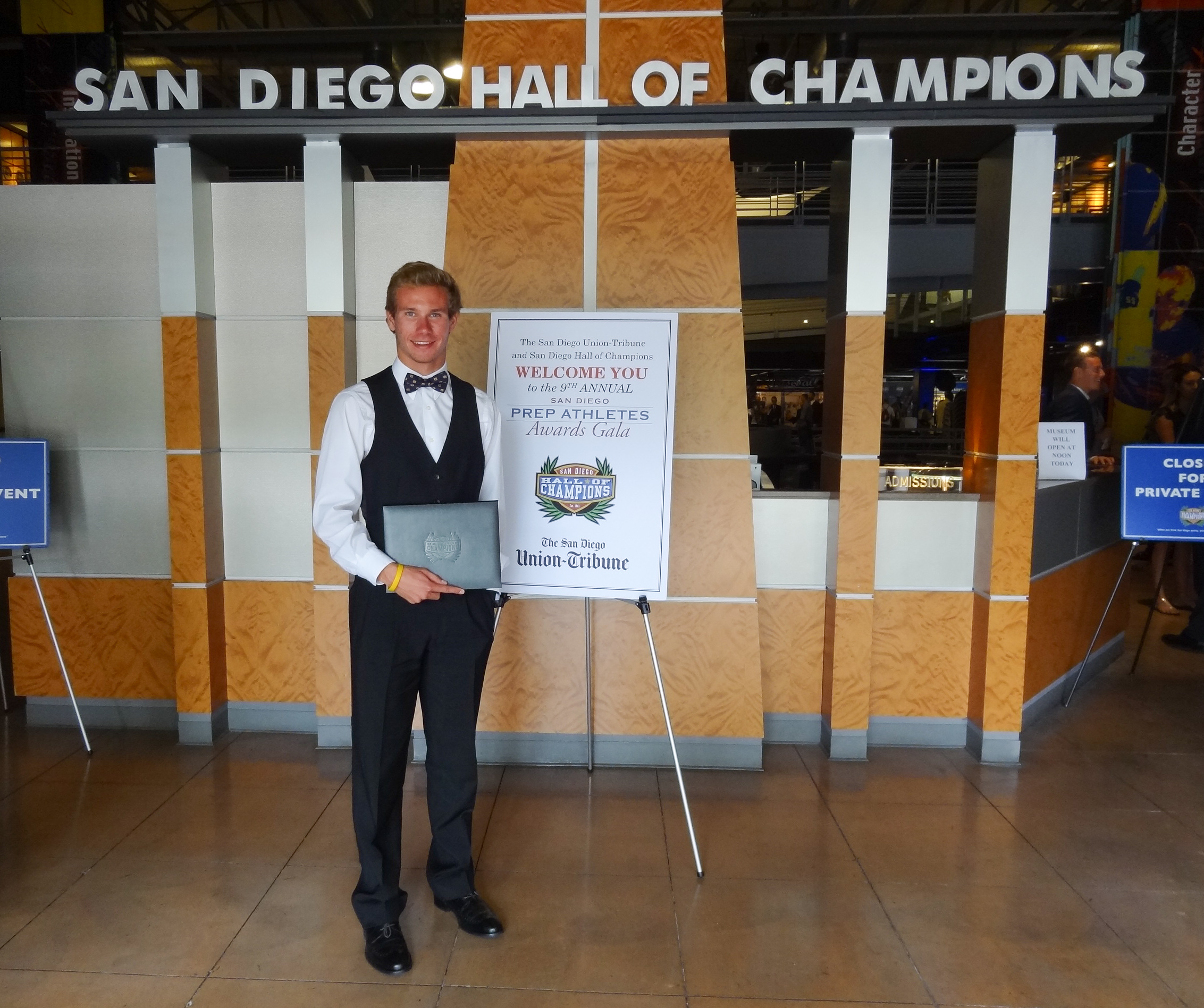 On Saturday, at the San Diego Union Tribune and San Diego Hall of Champions Awards Gala, Erik Armes was named the boys 2015 Track Athlete of the Year. Not only did Erik win the San Diego Section 1600 meter championship, he went on to the state meet to finish in 5th with a time of 4:10.09…. the 11th fastest time in San Diego Section History. Erik holds all the Coronado High School records from 800 meters to 3200 meters and was the only Islander this year to be named as a CIF “Athlete of the Year” in any sport.