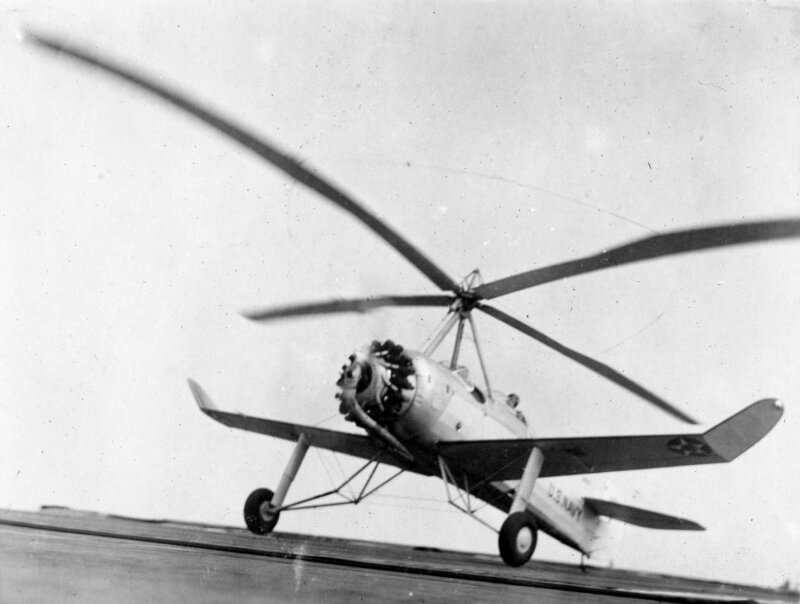 By the late 1920s, a dizzying number of aircraft inventions and experiments were filling the skies of Coronado as inventors and entrepreneurs sought that next big breakthrough. Coronadans have sighted a lot of funny planes in the last 100 years but one of the strangest was the “autogyro,” the world’s first practical rotary wing aircraft and a precursor to today’s helicopter.

Like a helicopter, the autogyro (or autogiro) employs a set of rotor blades positioned on top of a conventional airplane. Unlike a helicopter, these blades are unpowered and only turn when the aircraft is moving ahead. The blades provide lift and aid maneuverability and control.

Industrialist Harold Pitcairn introduced the first American autogyro model and brought a prototype of the craft to Coronado for evaluation by the Navy and Marines in May 1931. Not surprisingly, the aircraft caused an instant sensation.

“Dropping almost perpendicularly out of the skies with a new kind of ease and grace, Johnny Miller late yesterday afternoon landed at the naval air station on North Island in the first autogyro type of airplane flown to the Pacific coast,” a San Diego Union on-scene reporter wrote.

As soon as it landed at North Island, interested naval aviators swarmed the pilot. The head of aircraft for the Battle Force, Rear Admiral Joseph Reeves, and the Battle Force commander personally observed the autogyro go through its paces, with Admiral Reeves commenting, “I can’t believe my eyes!” 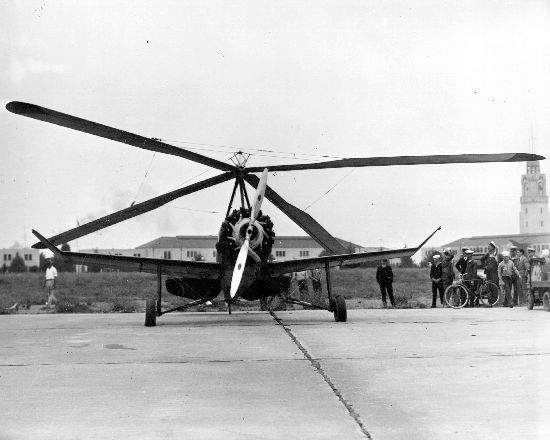 The autogyro was already quite the rage, touted especially for its superb safety record, high maneuverability, short takeoffs and near-vertical landings. Amelia Earhart owned an autogyro and caught everyone’s attention by piloting it on a transcontinental flight.

As the “flying windmill” gracefully dipped and banked over Coronado, one person described it as “blades swishing through the air with a sound like a broom being actively applied by an energetic housewife,” and landing as softly as if “setting down a baby carriage.”

Later that year in September, Pitcairn’s autogyro was tested aboard aircraft carrier Langley flown by a naval aviator. The Navy ultimately obtained three prototypes of the aircraft that they designated as XOP-1; each aircraft carried a pilot and an observer.

Although the Navy continued to test the craft and assigned one prototype to the Marines for use operationally against Nicaraguan guerillas, they never contracted for any more, probably because of Depression funding. It would not be until late in World War II that Coronado was to see its first helicopter. (BL) 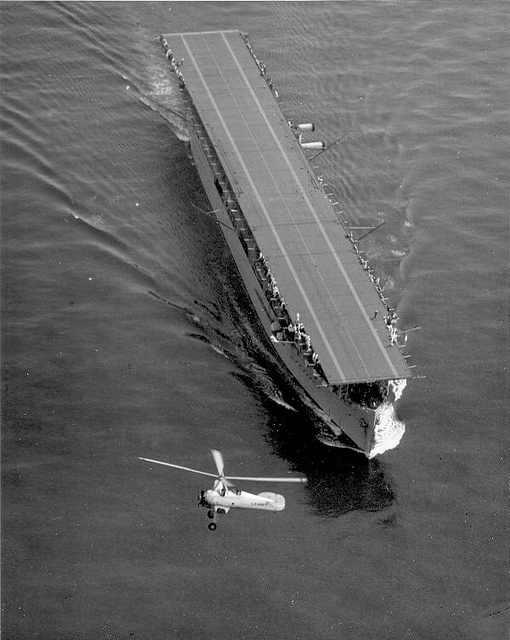