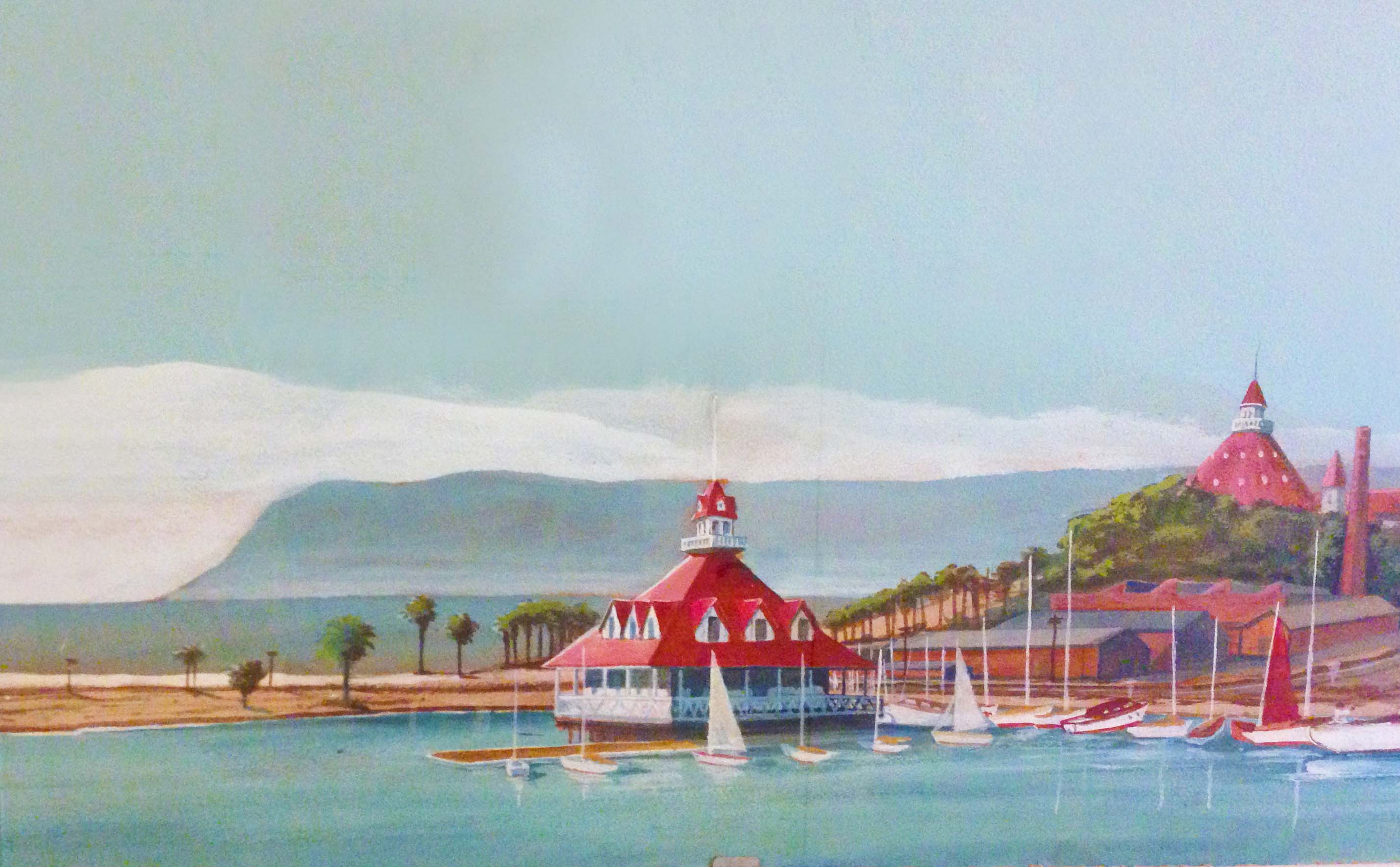 Fascinating, intriguing, or thoughtful tales about people and places in Coronado history — presented by your Coronado Historical Association

“The city of Coronado with its mild, equable climate the year round, its progressive and contended residents, its paved, well-kept streets, its amazing scenic beauties everywhere at hand, its quiet, restful atmosphere, its location between the waters of the great Pacific ocean and the quiet, peaceful bay, and its proximity to a much larger city, is considered the ideal residential spot of the entire country, I not of the whole world.

“The most sunny days are in November and the fewest in May, but the average of sunshine throughout the year is 69 percent, there being but nine days in a year when the sun fails to shine.

“The normal annual rainfall is almost exactly 10 inches and 90 percent of this falls between November 1 and May 1. The greatest rainfall on record was 9.05 inches in February 1884. The average number of days showing .01 inch or more of rain is 43 in the year.

Thunderstorms are very rare there being but two a year on an average as shown by the government records. Foggy days occur but 20 times within a year and these are most frequent in October and least frequent in May.

“Coronado has an urgent appeal to those of refined taste who enjoy living in congenial surroundings with a mildly tempered climate unequalled anywhere in the world, where the good things of life are everywhere at hand.”

A page from 90 years old . and a dash of history that testifies that things in Coronado never seem to change .

Come visit the Coronado Museum and the Coronado Historical Association archives for this story and others. The entire compendium of intriguing “Field Guide” tales is posted on www.coronadohistory.org. © CHA