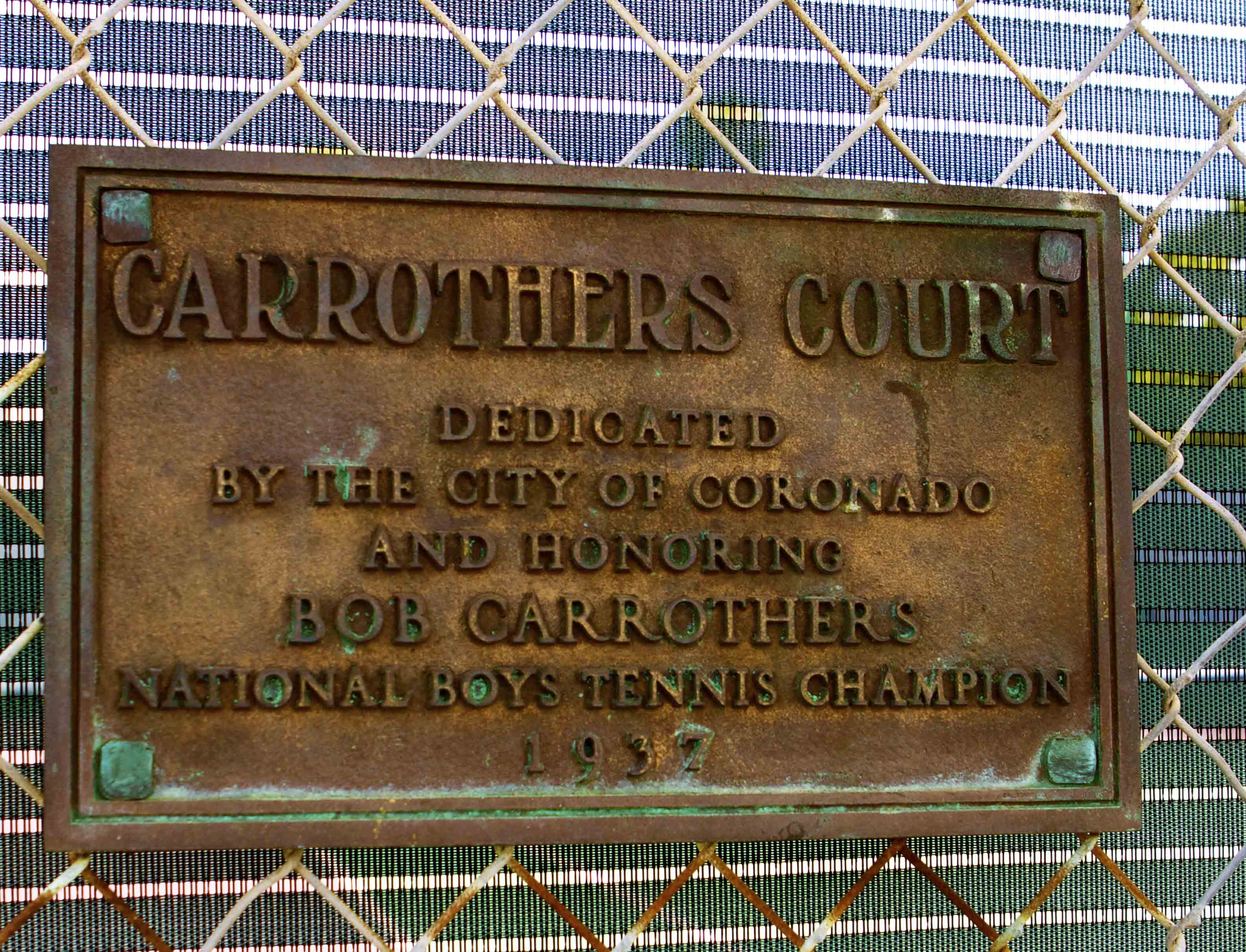 The tarnished plaque at the Library tennis courts offers few clues about a famous name in Coronado history other than, “National Boys Tennis Champion, 1937.”

This small and muted decorative memorial to Bob Carrothers appears on the chain link fence across from the fire station on 6th Street. In the true sense of History Detectives, there is much more to this intriguing story than just an old plaque.

Bob Carrothers was Coronado’s own, a junior tennis player and president of his CHS class with a dedicated tennis work ethic and profound love of the game. At the young age of 15, Carrothers broke out onto the national stage by winning the 1937 national championship in boy’s singles. Tragically, while a student at USC and on his way home on a Friday evening, he was killed in a car accident. His Coronado funeral was attended by hundreds of high school classmates and fellow tennis players.

That he was a tremendous player is without question. Jack Kramer, U.S. tennis great and winner of ten grand slam titles, once said, “Had he lived, in my opinion, (Carrothers) would have been the best of his time.” Adds Vic Seixas, former Wimbledon and U.S. Open champion, “It seemed like he was a level above the rest of us.”

Certainly as renown as his tennis abilities was his sportsmanship. Ned Wheldon, a writer for American Lawn Tennis magazine, wrote a month after Carrother’s accident, “In courage, sportsmanship and character, I have never met his equal. There is no one who could have done more for the game by becoming its champion.” Quite appropriately, the Bob Carrother’s Sportsmanship Award is still presented annually to the very best of San Diego’s top junior players.

In 2009, the six-member committee of the San Diego Tennis Hall of Fame faced a dilemma in considering Carrother’s nomination to the Hall of Fame. Though he didn’t live long enough to demonstrate his untapped potential, was the respect for his game and character from fellow players enough to earn his selection? Turns out it definitely was and he was selected along with George Barnes, Ed Collins, Kelly Jones and Dr. Homer Peabody in 2009 as San Diego Tennis Hall of Fame’s inductees.

Walking out onto Carrothers Court in Coronado is walking back into history on the same spot where Coronado’s finest player in history hit under a summer sun shielded by shade trees. You are hitting where one of the true greats played, on “Gentleman Bob’s” court. (Rob Moore) www.coronadohistory.org © CHA, 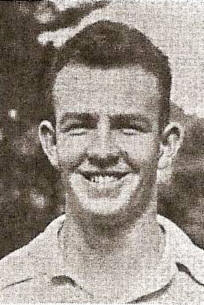