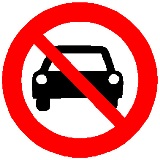 Coronado City Council voted 5-0 to close Orange Avenue to all motorized vehicles for the entire month of April 2011 starting today.

The vote was applauded by the People for Pedestrians & Pedals (PPP) and has been lauded as a major step towards reducing traffic along Orange Avenue while making Coronado a much more friendly city for pedestrians and bicycles. Local business owners are divided on whether this will hurt or help their Orange Avenue shops and restaurants.

PPP spokesperson Lirpa Sloof exclaimed, “We are so excited to finally get this passed by City Council. We have been fighting to remove cars from Orange Avenue since the early 1900s and specifically since 1969 after the Coronado Bridge was opened. We understand the strong dependance on the automobile, but to be fair, pedestrians and pedals (bicycles) were here first.”
Only Police, Fire, Lifeguard, EDCO (trash), City of Coronado vehicles (including City Council members) will be able to use Orange Avenue during the month of April. In an effort to appease car supporters, Mayor Casey Tanaka shared, “Even though I will be allowed to drive on Orange Avenue, I promise to only ride my bike or Segway along Orange – unless I really need to pick something up at the store or an emergency coffee.”

Opponents of PPP have argued that not being able to drive or even cross Orange Avenue in a car will only increase traffic to surrounding streets and worsen the relationship between those that choose to drive and those that don’t. Local car enthusiast Karl Benz stated, “Cars were invented to make it easier to travel and save time in the process. For those with cars West of Orange Avenue, there is no way to get across the island – how does this make sense?!” 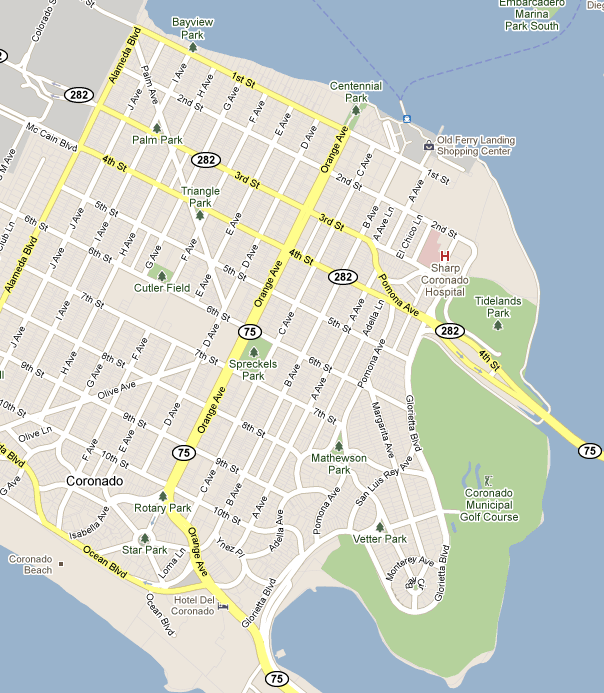 Map above shows how Orange Avenue splits the city in half. 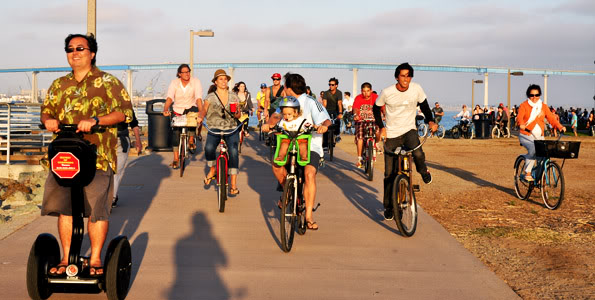 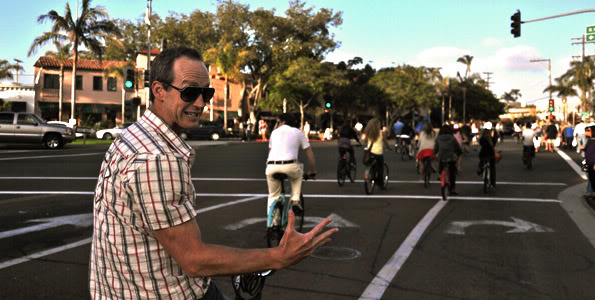 John Weisbarth (CHS alum & Emmy Award winning sports reporter) supports a ‘car-less’ Orange Avenue.
Photo credit: Orange & Park
Coronado Police have been instructed to give a written warning for a first offense and a fine of $41.11 for any additional offenses during the month of April.

Please note that this is only a temporary closure of Orange Avenue and that motorized vehicles will be allowed back onto Orange Avenue starting Sunday, May 1st at 12am.