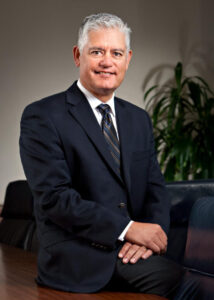 The Port of San Diego welcomed Frank Urtasun as the newest commissioner to represent the City of Coronado. On January 2, 2022, Commissioner Urtasun was sworn in by Port District Clerk Donna Morales, who administered the oath of office.

“Frank’s public policy and regulatory acumen, in addition to his many years of dedicated public service, will be of great benefit to the people of the Port and to our region,” said incoming Chairman Dan Malcolm, Port of San Diego Board of Port Commissioners. “On behalf of the Board of Port Commissioners, I welcome Commissioner Urtasun and look forward to working and collaborating with him to promote commerce, navigation, recreation, and fisheries on and around San Diego Bay and Port Tidelands.”

“Frank’s prior experience as a Port Commissioner will be invaluable as we continue to navigate uncharted waters due to the pandemic and to build and strengthen our relationships with our neighboring communities,” said outgoing Chairman Michael Zucchet, Port of San Diego Board of Port Commissioners. “I look forward to him continuing to make a difference for all who live, work, and play on and around San Diego Bay.”

Commissioner Urtasun is a lifelong San Diegan with more than 38 years of public policy and regulatory experience. He has served on numerous government and community boards including ten years as a Port Commissioner from 1992-2002, during which he twice served as chairman. He has also served on the boards of the Downtown San Diego Partnership and the San Diego Housing Commission and was named one of “Ten Lifetime San Diegans” by the San Diego Regional Chamber of Commerce.

Commissioner Urtasun holds a bachelor’s degree from San Diego State University and was recognized as an Outstanding Alumni with the President’s Honorary Degree from Southwestern College.