Written by the late Toni McGowan, founder of the Avenue of Heroes 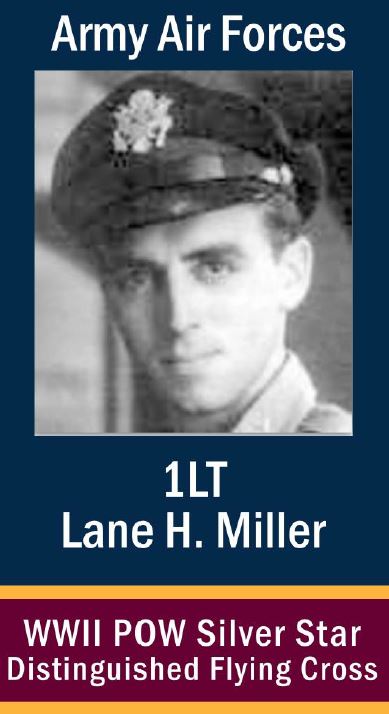 A plaque at the entry to Coronado High School lists the students killed in World War II, including Lane Miller. Miller served on the student council and was a star athlete.

The son of Lt. Comdr. H.A. Miller and Ruth Miller, he lived at 550 C Ave. Both of his parents are buried at Fort Rosecrans National Cemetery.

Miller was so impressed with the resistance fighters and partisans in Slovakia, he asked to join their covert efforts with the Office of Strategic Services, the precursor to the CIA, for the top-secret Dawes Mission. In October 1944, Miller was to fly out a group of downed airmen. That potentially lifesaving flight was postponed due to the worst winter storm in 50 years. This sealed their fates.

To survive, 37 flyers, a team of male and female agents and resistance members, headed towards the safety of the Russian Red Army lines. Nazi troops were hot on their trail on a mission, code name Edelweiss.

The last message received by the OSS: “All equipment lost. Majority in bad condition because exposure, frozen feet, exhaustion from long mountain marches and starvation diet…”

The morning after Christmas, a 300-strong Nazi unit overran the hideout. Miller, and other fliers, fully dressed and in complete uniform were marched out and taken away. Most airmen were taken to POW camps. OSS operatives, and Miller who was slotted with them in spite of his uniform, went to Austria’s Mauthausen Concentration Camp.

The group was tortured and executed on Jan. 24, 1945. Miller is listed at the Florence American Cemetery in Italy among the Walls of the Missing after being denied POW status.

Coronado’s Lane Miller was an unsung hero all along. During his military career, he received the Silver Star, Distinguished Flying Cross, Air Medal, Purple heart and a Presidential Unit Citation.