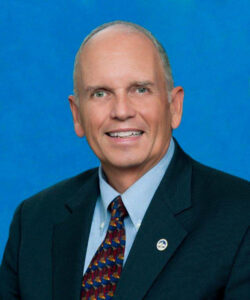 The City’s representative on the San Diego Unified Port District Board of Port Commissioners, Garry Bonelli, will speak to potential applicants for the position at 6 pm on Wednesday, Nov. 10.

Bonelli, who has served two, four-year terms as Coronado’s representative, will be stepping down as his terms expire at the beginning of the year.

The public forum is being organized by the City to provide information about the role of Coronado’s Port Commissioner. The event will also allow potential applicants and any member of the community to ask questions about the San Diego Unified Port District as well as about the duties, responsibilities and time commitments for the position.

The meeting is open to the public, will last about an hour, and will be held in the Coronado City Council Chamber, 1825 Strand Way. The meeting also will be broadcast on Zoom. Click here for the Zoom link.