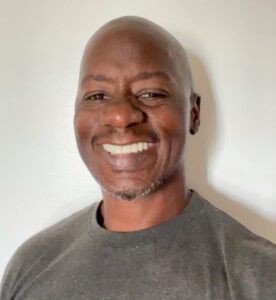 With the 2022 track season just around the corner, I thought this would be an excellent time to introduce the new Islander Head Track and Field coach, Cameron Gary. Gary is no stranger to coaching either at the high school or the elite level. In addition to coaching at San Diego State University, where he holds the men’s Triple Jump Record, he’s coached at Helix, Monte Vista, Mater Dei, Olympian, and El Cajon Valley High Schools. He was the head coach at both Olympian and El Cajon Valley.

As for coaching elite athletes, his CTG Development club includes athletes from around the county. As a presenter, he participates in USATF clinics throughout California and has served as the horizontal jumps coordinator for the LA84 Foundation. As a speed/strength coach, his qualifications are impressive. He holds a USATF Level III certificate in Jumps and a USATF Level II certificate in Sprints, Hurdles, and Relays. Factor in a USA Weightlifting Level I coaching certificate, a blackbelt in Aikido, Jujutsu, and Taiho-Jutsu, Criminal Investigator for San Diego County DA, Deputy Sheriff, and Probation Officer, and you get an idea of his qualifications.

I had been looking for someone to take over the head coaching position for the last five years to concentrate on Cross Country and Distance Training. The district almost hired someone a couple of times, but things always fell through. Gary’s acceptance of the position was worth the wait. Even before he applied for the job, I used his YouTube videos to coach our long and triple jumpers. He plans to start voluntary training next month at the high school for three days a week in preparation for the 2022 track season. For more information, his contact info, and a couple of YouTube messages to Coronado athletes, go to our webpage at IslanderTrack.com.