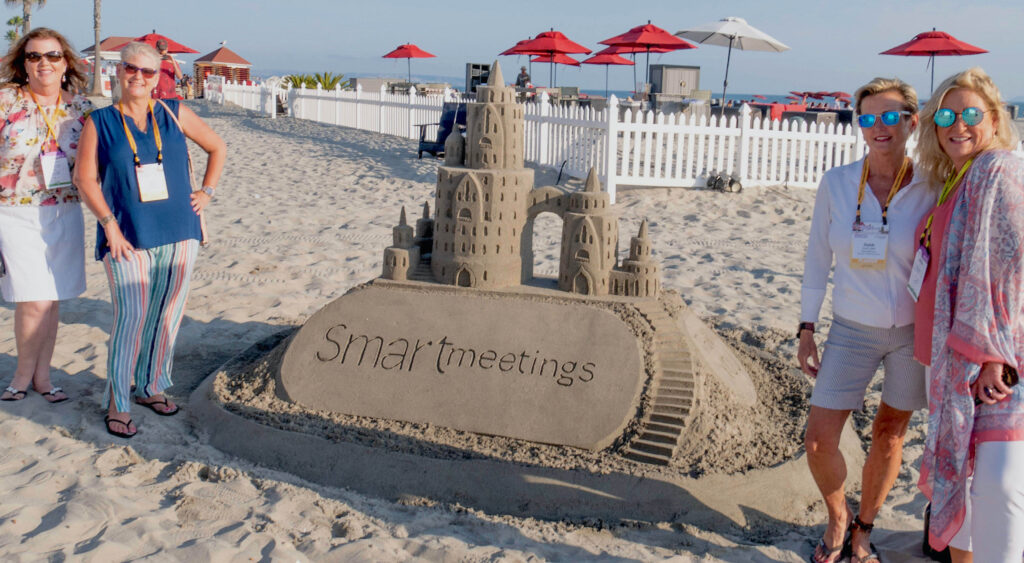 In a true sign of recovery, the Hotel del Coronado and Discover Coronado hosted its first large scale, in-person event for convention and meeting planners since late 2019. After being postponed five times because of the COVID-19 pandemic, the Smart Meetings National Meeting began on August 8th.

Considered one of the largest gatherings for those who plan conventions, the event was originally scheduled for May 2020, but was rescheduled four more times in July, August, September, and October 2020.

In addition to keynote speakers, networking sessions and group activities, the Smart Meetings National Meeting provided a perfect opportunity for the 62 attendees to review new meeting space options in Coronado, including the Southpointe Event Center and Shore House Lawn being developed at the Hotel del Coronado.

Over 60 percent of planners attending the Smart Meetings National Meeting in Coronado had available contracts and request for proposals (RFP) in hand. They were actively prospecting meeting destinations for conventions beginning in 2022.

Conventions, group meetings and conferences help drive the Coronado economy, especially in the off-season. During 2020, 361 scheduled conventions were canceled resulting in over $44 million in lost revenue for Coronado resorts. Local business lost a steady source of customers, and the City of Coronado suffered a substantial reduction in hotel and sales taxes. Over 1,200 local jobs were lost when the convention industry collapsed.

This fall, Discover Coronado will host two additional events. The first for the Society of Incentive Travel Excellence followed by Destination California, a convention for West Coast meeting planners.

On September 17, Daxbot, Inc. announced the launch of their Regulation Crowdfunding raise. Daxbot’s vision is to bring robots into the service of humanity....
Read more
Business

According to Albertsons Inc., Southern California Division Office, the extensive renovation and expansion of the Coronado Vons market (868 Orange Ave) into the adjacent...
Read more
Business

The legendary Hotel del Coronado, part of Curio Collection by Hilton, has announced the appointment of its new Director of Hotel Operations, Dane Gorup,...
Read more