A phalanx of assemblymembers have co-authored a bill that would require schools to at least partially physically reopen next spring if their county escapes the state’s purple tier.

A group of eight California lawmakers will advance a proposal in January that would require the state’s public schools to reopen and offer in-person instruction once they receive permission to do so from state and local public-health authorities.

The Democratic legislators co-authoring Assembly Bill 10, one of the first bills introduced this legislative session, say the proposal is essentially in response to the fact that many public schools across California that had the state’s permission to physically reopen campuses this fall remained in remote learning.

If passed by two-thirds of the Legislature and signed by Gov. Gavin Newsom, the proposal led by Assemblymember Phill Ting, a San Francisco Democrat, would require public schools to plan the transition toward in-person instruction within two weeks after their counties move out of the most severe purple tier in the state’s four-color tiered system governing school and business reopenings during the pandemic. The schools would have wiggle-room as to when and how they actually reopen, but the plan would have to be in place within 2 weeks.

Under AB 10, which would take effect March 1, public schools also would have to create more detailed plans for engaging students who are not participating in remote classes. This school year, several California students have effectively been shut out of online classes because they lack stable internet access or functioning technology despite state and local efforts to close a decades-long digital divide in the state.

Local school boards and administrators would still have authority to decide logistics such as scheduling, how their schools would transition to in-person learning, and which student groups to prioritize, lawmakers said. Parents would still be allowed to keep their children in remote learning if they wanted, and the proposal exempts certificated staff who are medically fragile from returning to campuses in person, according to the bill’s text. 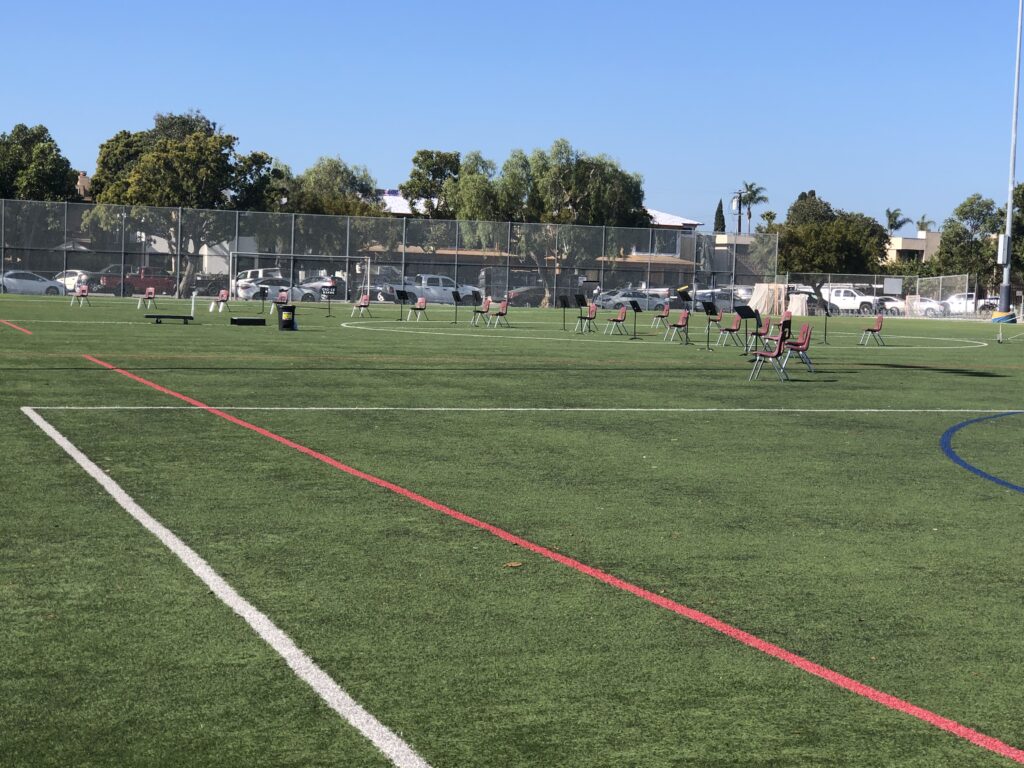 Though the state is not tracking reopenings, the majority of California public schools have remained in remote learning since campuses initially closed last March. Several counties, such as Los Angeles, home to the nation’s second-largest school system and more than 1 million public-school students, have remained in the purple tier and thus restricted from broad school reopenings.

Rural schools and smaller districts were among the first in California to physically reopen this semester, some as early as August. In October, after many counties moved toward the red, orange and yellow tiers that allow for broad campus reopenings, more urban school systems began transitioning toward in-person learning, namely in Orange, San Diego and Marin. Several other public and private schools in purple counties have reopened campuses for elementary students through waivers, though that reopening channel has mostly favored private schools.

San Francisco and Bay Area counties such as Alameda had moved to the orange tier this fall before infections climbed again statewide, though public schools there remained physically closed.

“In the fall, when numbers were going down, down, down and we were actually doing quite well, I was surprised that more school districts didn’t open, especially for younger grades,” Ting said in a phone interview.

The bill’s eight co-authors include Assemblymember Patrick O’Donnell, a Long Beach Democrat and Assemblymember Lorena Gonzalez,  a San Diego Democrat, who chair the education and appropriations committees AB 10 would be required to clear for a vote on the Assembly floor.

“We don’t want to get to a point where schools have sat on their hands for 12 months,” O’Donnell, who chairs the Assembly Education Committee, said in a phone interview. “What we’re trying to do is emphasize that schools need to be planning today for their reopening, and it needs to be thought through. It needs to be safe for students and teachers.”

Claudia Briggs, a spokesperson for the California Teachers Association, the state’s largest teachers union, said in an email that the union was reviewing the bill.

“We have been working with the state from the beginning to ensure the safe return to school for millions of students and hundreds of thousands of staff,” Briggs said in the email. “We know this legislation is a starting point and look forward to the continued conversation which must be done collaboratively with the proponents, educators and administrators.”

Megan Bacigalupi, a mother of a kindergartner and second-grader in Oakland Unified School District, hopes the proposal spurs “districts and our unions to hopefully get to the table and negotiate for safe reopening when it can be done.”

Bacigalupi was among the parents who organized a weekend rally calling for school campuses to reopen once cases in Oakland stabilize. Her students have struggled with online learning and she worries about the disinterest in school she’s seen from her second-grader, who is dyslexic. The district had recently released plans to begin bringing back elementary students once Alameda County climbed back up to the orange tier.

“If this (remote learning) is to continue in perpetuity, I worry greatly about it,” Bacigalupi said. “The prospect of a March 1 return seems too long, but better than August or whenever we would go back next year.”

Kevin Gordon, a veteran Capitol lobbyist representing school districts, said the proposal is “really helpful” for local school leaders pushing to reopen campuses, though it does not touch on the questions of resources and capacity that have resulted in fraught reopening debates among administrators, parents and teachers across communities.

Though the bill could face opposition from teachers unions, Gordon noted that several of the bill’s co-authors include lawmakers “respected in education and by labor (groups).”

Many teachers unions, including Oakland’s, have called for their districts to implement frequent testing and robust contact tracing programs, ensure compliance with strict safety measures and improve ventilation in aging buildings.

State legislators and the governor have said recently that schools are positioned to safely reopen, pointing to a $5.4 billion pot of federal funding included in this year’s state education budget and a two-month supply of personal protective equipment the state procured for schools this summer, when most were preparing to start the year in person. When pressed by reporters Monday about the state’s involvement in school reopenings, Newsom suggested that his January budget would include funding for additional coronavirus testing for schools.

“There are union groups all over the state who made demands of districts about what it would take for them to be willing to come back, and I don’t know that the state has fully accommodated all of those solutions,” Gordon said.

Update from CUSD on reopening of on-campus learning: Thank you for your continued understanding and adaptability as we respond to ongoing changes which impact our...
Read more
Education

The Governing Board of the Coronado Unified School District met via Zoom on Thursday, January 21, for their first official meeting of 2021. The...
Read more
Education

The Coronado school community was saddened to learn of the passing of Jorge Supnet, Coronado High School (CHS) custodian, on January 2, 2021 at...
Read more
Education

Thank you for continuing to share in supporting the safety of our CUSD community during the dynamic nature of the pandemic.Some important information regarding...
Read more
Education